‘They deny reality’: Sen. Ron Johnson explains that ‘we are living with exactly what…

Not all heroes wear CAPES! WaPo editor whining about maskless man who didn’t allow her to NAG and…

Now THIS is how you drop a mic: WATCH State Trooper with 22 years of service sign off after Gov. Inslee…

Ever wonder how “real journalists” prep for presidential debates?

In fact, #debate sponsor Budweiser has an open bar for members of the media. http://t.co/aDF03Oi0

Evidently the spin is alcohol-induced.

Plowed. Or plied. That ABC7 Chicago reporter may have had a few already. Who says reporters can’t hold their Budweiser?

Budweiser is giving out FREE BEER to journalists at the debate. I'm sure @TPCarney will be a total killjoy about this.

7,000 accredited media in Denver for #debate. Inside media perimeter, we get ribs, beer and bean bag toss! Ohh, fun.

Budweiser is giving free food and beer for all press. LOTS of tipsy reporters. Debate is off to a great start. pic.twitter.com/KNgbt1Bq 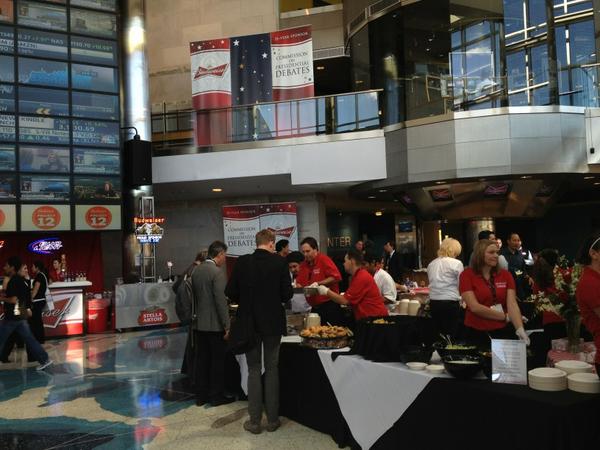 These cups look like an accident waiting to happen when President Eye Candy’s lapdogs squee with excitement. Heh.

They fill up the beers from the bottom here. But if you squeeze the beer at the bottom it spills out pic.twitter.com/JNSwoOkR

this contraption pours Bud into your cup FROM THE BOTTOM pic.twitter.com/f887Z5mo 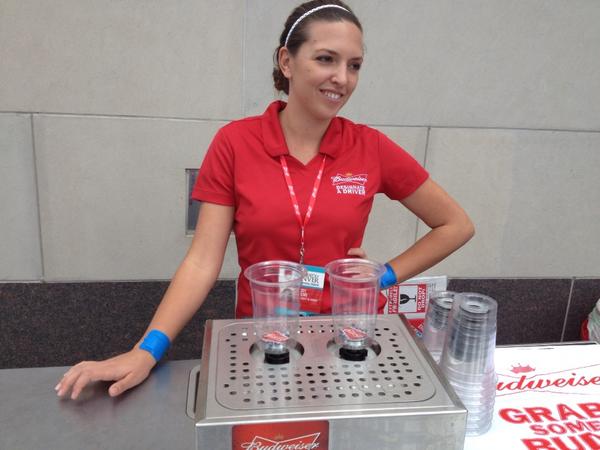 The Budweiser #debate beer truck at the University of Denver http://t.co/s7mze6cQ

‘They deny reality’: Sen. Ron Johnson explains that ‘we are living with exactly what Democrats want’