Cable news commentator Mona Eltahawy drew the support of the Muslim Brotherhood this week for clownishly crying “freedom of expression” while being arrested. Never mind that she was arrested for spray-painting over a pro-Israel poster (and the woman standing in front of it). It’s a shame Dennis Miller already proclaimed Sandra Fluke “Moan of Arc.”

Simple question, here, @monaeltahawy Does one have a right to deface a mosque w/o the owner's permission? (psst: the answer is NO)

You have a right to purchase and burn your own flag, not to steal and burn mine. @politaire @monaeltahawy

Or how about this? Can I spray paint "anti-free-speech fascist" on your car without your permission? @monaeltahawy

And she expressed the idea that she shouldn't even be arrested. @politaire @monaeltahawy

Her only crime was … loving graffiti too much?

You are claiming civil disobedience now? okay what unjust law did you refuse to obey? are anti-graffiti laws unjust? @monaeltahawy

No answers from Eltahawy, natch. Constitutional amendments are hard.

And she wasn’t the only one blotting out others’ free speech with her aerosol can of sweet, pink freedom. 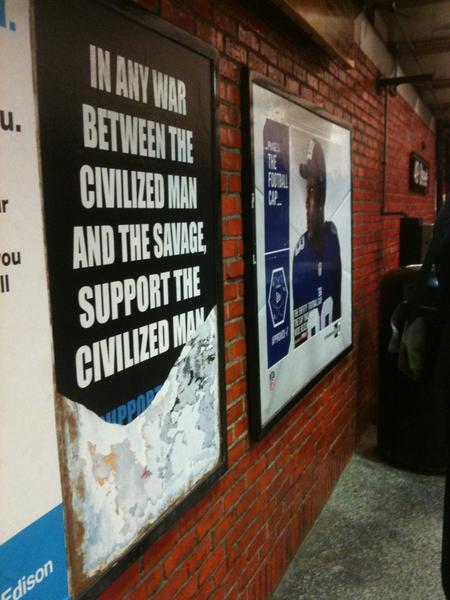 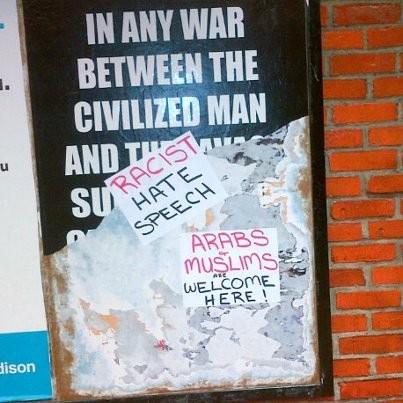 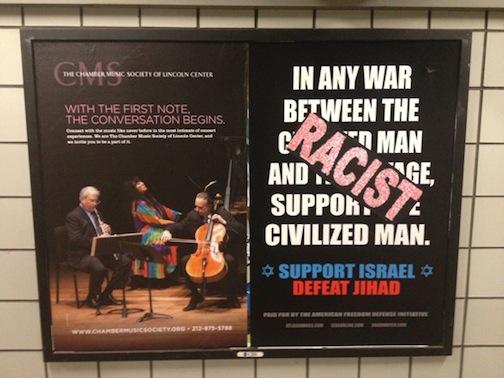 And here’s what the poster looked like before the vandals committed their loving, tolerant and peaceful acts of self-expression.

That? Not freedom of speech. Pink paint over that? FREEEEEEDOM!!!

.@monaeltahawy You don't get this whole "free speech" thing, do you?

America will never have free speech until we let @monaeltahawy censor all the speech she doesn't like.

You're a hero, @monaeltahawy. Your protest reminds me of the time Rosa Parks spray-painted all those other bus passengers.

Mona Eltahawy, a Rosa Parks for our time.