As Twitchy reported earlier, Occupiers were quick to pledge their solidarity with the Chicago Teachers Union in its strike, and now the strike has taken on an Occupy-like dimension as hundreds if not thousands of teachers and supporters have taken to the streets, shutting down the Chicago Loop this afternoon.

UPDATE: Kris Habermehl in Chopper 780 says a sea of red is marching in the Loop in #Chicago. Teachers rallying on first day of strike.

My office is half a block from a pretty loud protest by the Chicago Teachers' Union. It's been growing all day. Drums, airhorns, etc. 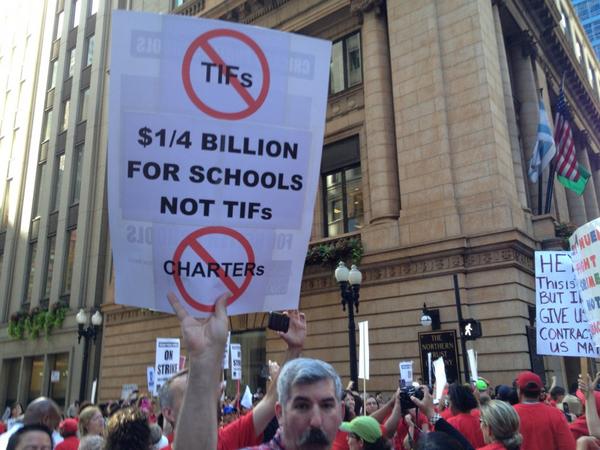 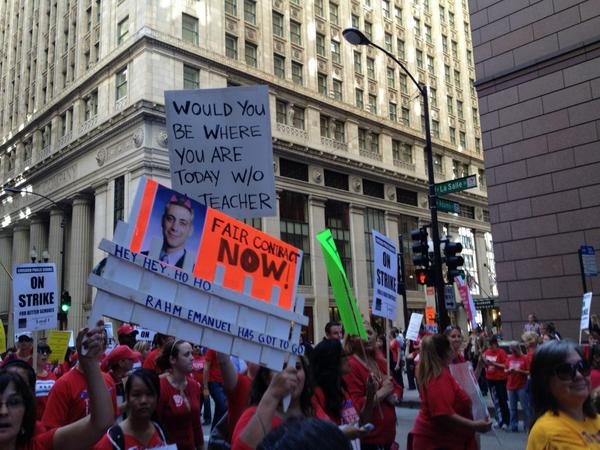 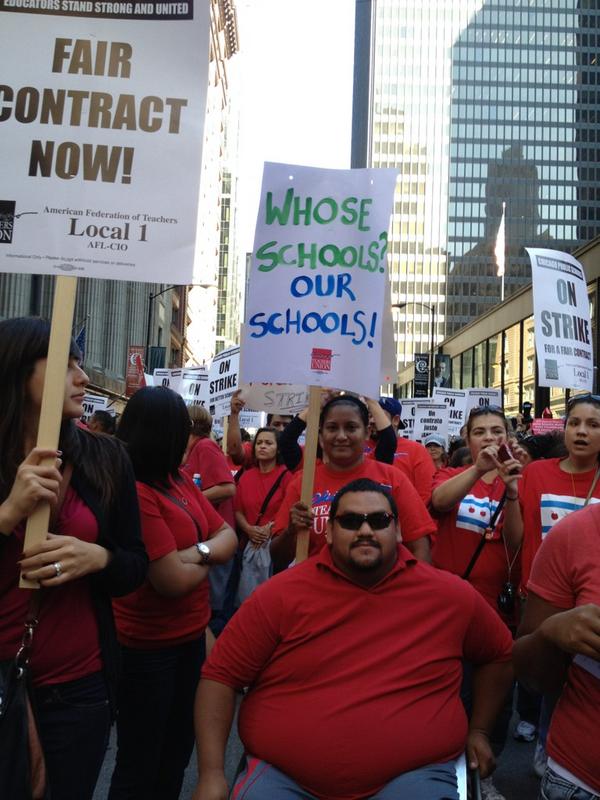 Some students had tweeted that their teachers had encouraged them to join in on the strike. Workers Independent News is reporting that teachers have brought in a drum line. Are these students?

Another source identifies the drum line as students from Thomas Kelly High School in Chicago. 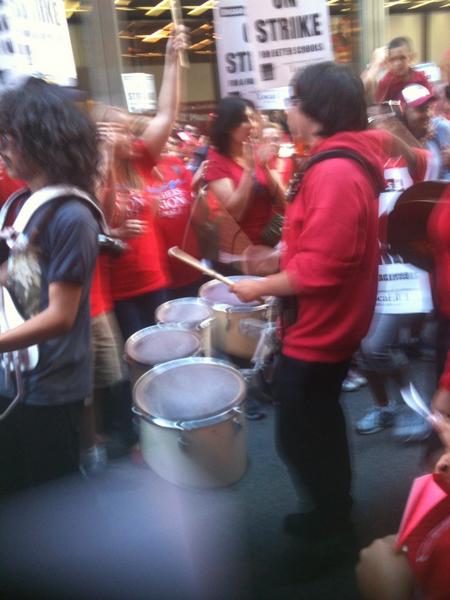 We realize poster board doesn’t come with a built-in spell checker, but speaking of Kelly High School…

@emzanotti Literacy rate commensurate to something more like this: pic.twitter.com/tmJm6XsY

Occupy Chicago is using the opportunity to distribute copies of its Occupied Chicago Tribune newspaper. 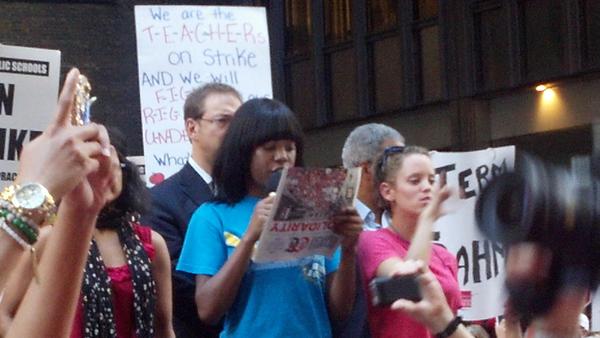 While labor organizations are thrilled with the turnout, a downtown traffic stoppage isn’t winning sympathy from everyone.

So Chicago teachers decided a good way 2 launch a protest is 2 shut down loop traffic. This isn't causing me 2 b sympathetic 2 their cause.

Chicago teachers are acting like moronic lemmings starting a protest during rush hour, blocking the Loop. And these people make 76k?

Blocking traffic for thousands of people, many of them trying to get home to out of school kids, is what's "Giving the best to children"

No official crowd estimates have been given, but the Chicago Sun-Times reported “thousands,” while supporters are claiming up to 30,000.

Any preliminary crowd estimates for #ctustrike march through the Loop? Looks insane.

I've heard crowd estimates of 20k+. Hard to say for sure. #FairContractNow #CTUstrike 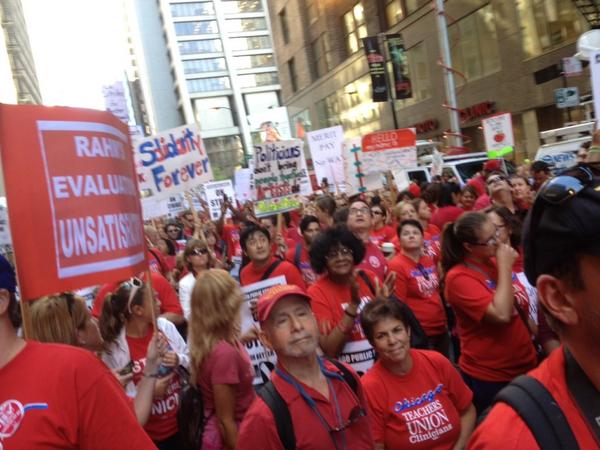