A mass shooting has taken place near the Brookfield Square Mall in Brookfield, Wis.

WISN 12 News has learned that a mass shooting has taken place near the Brookfield Square Mall.

Officials said this is a “mass casualty” situation and that the scene is not secured.

Witnesses described people crying near the Azana Spa, which is near the mall.

The mass shooting happened at Azana Salon and Spa across from Brookfield Square Mall.

Brookfield Square mall is on lockdown because there's been a shooting. I don't think I've ever been this numb. I pray that everyone is safe.

Vice presidential candidate Paul Ryan, who is from Wisconsin, has been notified about the shooting.

Here is a description of the suspect:

Monitoring the situation in Brookfield and praying for all involved. http://t.co/wBxLL7Y9

“As we wait for further details from the shooting today in Brookfield, Tonette and I send our thoughts and prayers to the victims.  Senseless acts of violence leave us with heavy hearts and many questions.  Our state will stand with the victims and their families, and we will provide them with the law enforcement and community support they need to heal in the coming days.”

And, here is the name and license plate information on the suspect:

Above car description and license plate no longer being sought:

Suspect car, black Mazda license 171-KZD is no longer being sought and not believed to be part of #brookfieldshooting, according to disptch

Photo of the suspect:

Just in: Photo of the shooting suspect in the Brookfield, WI shooting, as released by police [WITI] pic.twitter.com/Fo9KcuXd 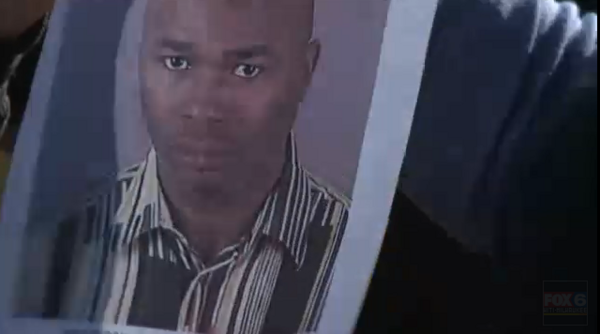 Here’s a link to what is believed to be the suspect’s Google Plus profile. In the profile picture, he is holding a gun.

If anyone knows who Tatiana Haughton is… She goes to Brown Deer Middle School… Pray for her… That's her father they're talking about..

It is now being reported that 3 are believed dead:

Three people are believed dead after a shooting at a spa in Brookfield, Wisconsin, police said. http://t.co/1SN342eW

Suspected bomb was also found at the scene:

Twitchy will monitor for further developments.

'She was screaming, yelling, crying hysterical. She was pleading for help': Three dead in shooting at US spa http://t.co/mxEjZfKQ