And the Republicans take the lead on the generic ballot! 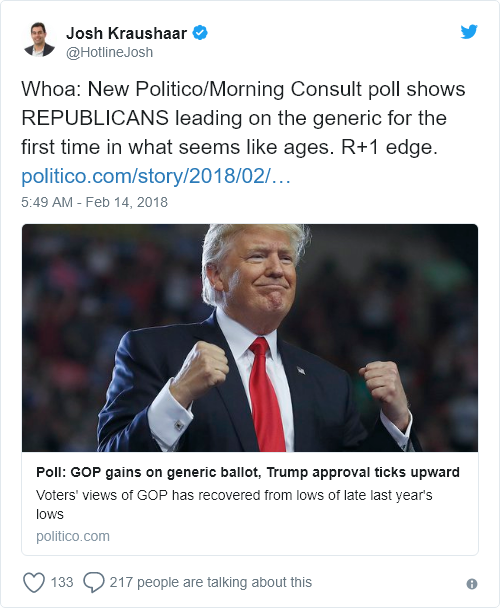 President Donald Trump’s approval is up, too: 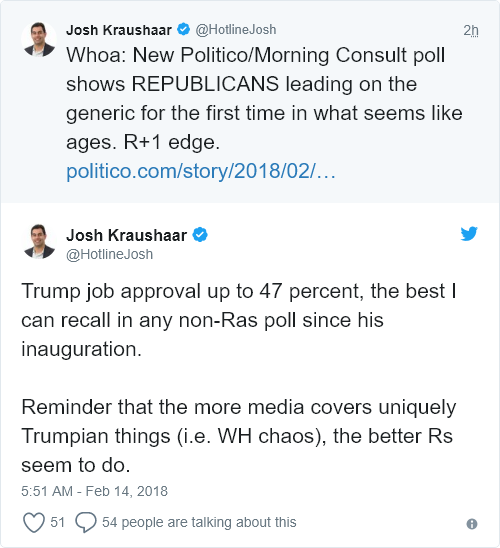 Republicans have erased the Democratic advantage on the generic congressional ballot in a new POLITICO/Morning Consult poll that, for the first time since April, also shows President Donald Trump’s approval rating equaling the percentage of voters who disapprove of his job performance.

Fully 39 percent of registered voters say they would support the GOP candidate for Congress in their district, while 38 percent would back the Democratic candidate. Nearly a quarter of voters, 23 percent, are undecided. 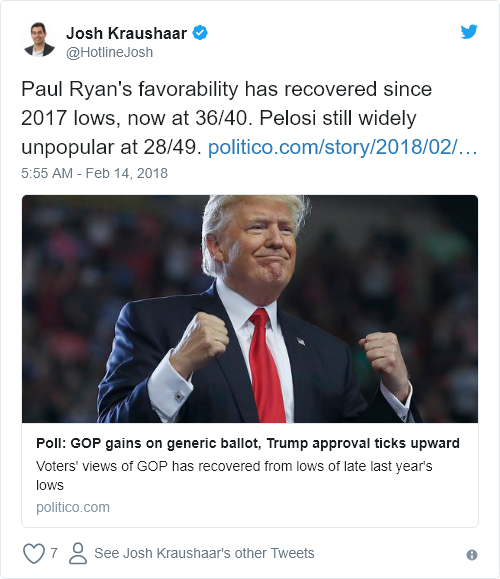 Even worse for Dems? They barely lead on health care: 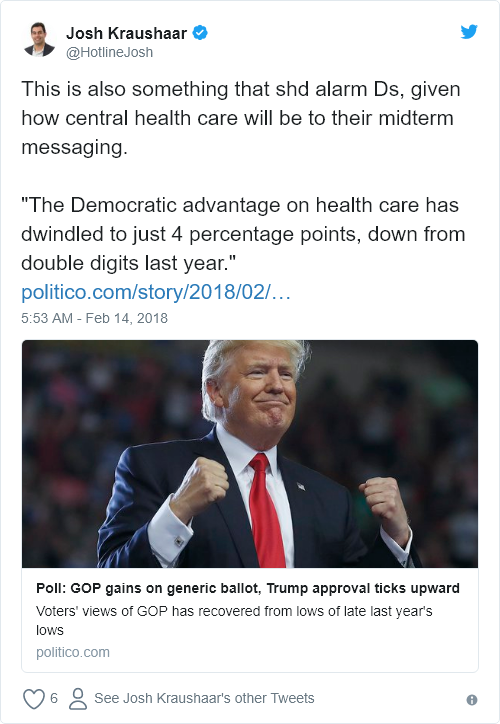 But with that said, polls =/= turnout. Dems won a special election in a Trump district yesterday in Florida: 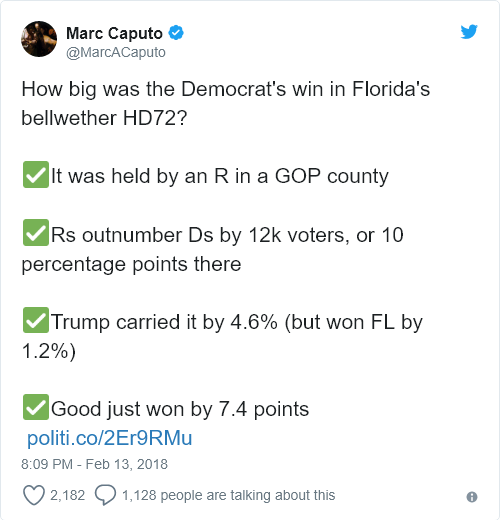