Remember when then-candidate Trump warned that Hillary Clinton might start WWIII over her policies in Syria if elected? We do:

Donald Trump warned in an interview Tuesday that Hillary Clinton’s policies as president to address the Syrian conflict would lead to World War III, arguing the Democratic nominee would draw the US into armed confrontation with Russia, Syria and Iran.

“What we should do is focus on ISIS. We should not be focusing on Syria,” Trump told Reuters on Tuesday morning at his resort in Doral, Florida. “You’re going to end up in World War III over Syria if we listen to Hillary Clinton.”

Well, what about this? Bloomberg is reporting that U.S. forces killed “200-plus” Russian contractors in clashes last week in Syria: 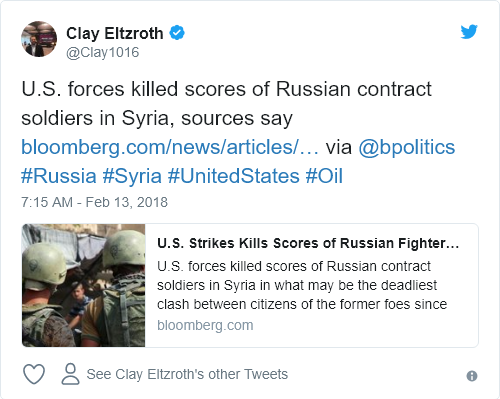 U.S. forces killed scores of Russian mercenaries in Syria last week in what may be the deadliest clash between citizens of the former foes since the Cold War, according to one U.S. official and three Russians familiar with the matter.

More than 200 contract soldiers, mostly Russians fighting on behalf of Syrian leader Bashar al-Assad, died in a failed attack on a base held by U.S. and mainly Kurdish forces in the oil-rich Deir Ezzor region, two of the Russians said. The U.S. official put the death toll at about 100, with 200 to 300 injured.

And just now we’re seeing  a report that a Russian T-72 tank was destroyed in a U.S. drone strike: 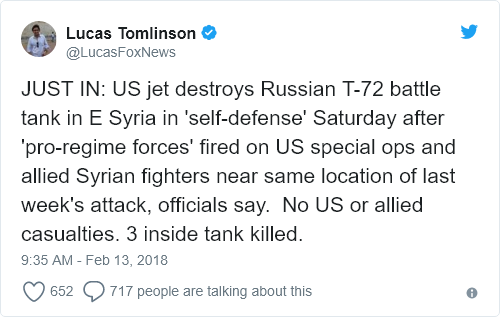 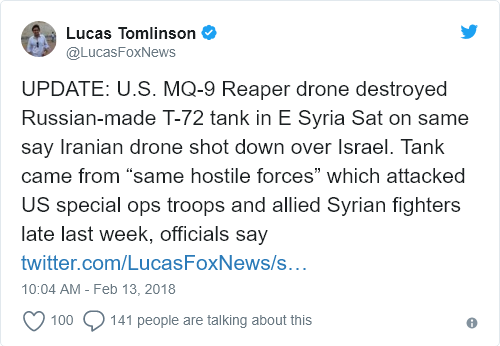 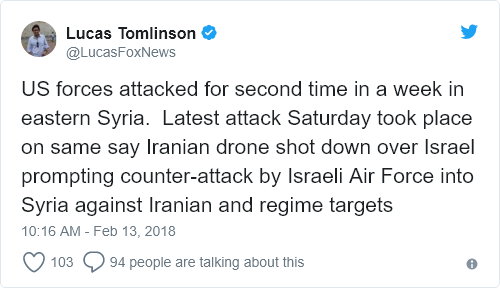 This really is a big story that every network and cable news channel should be covering: 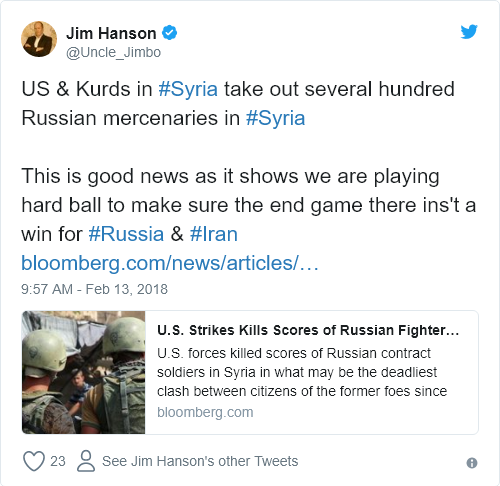 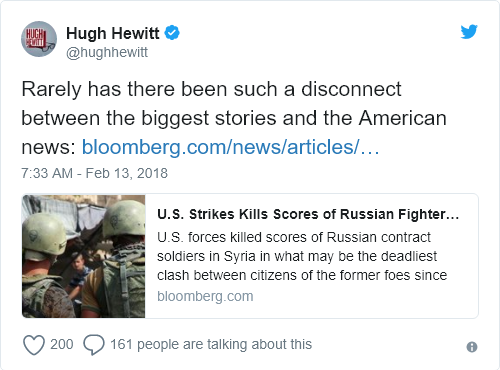 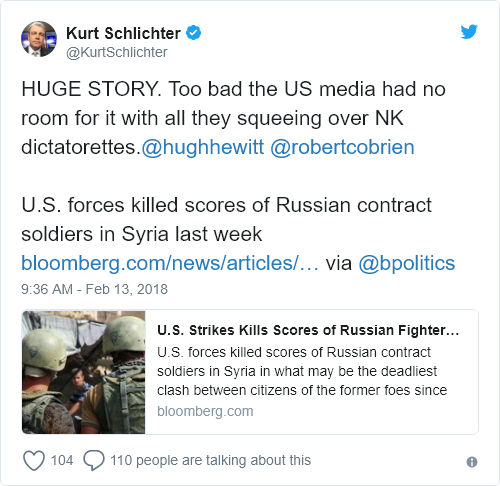 As for Russia, contractors have played a large role in Syria with huge financial incentives for those that sign up: 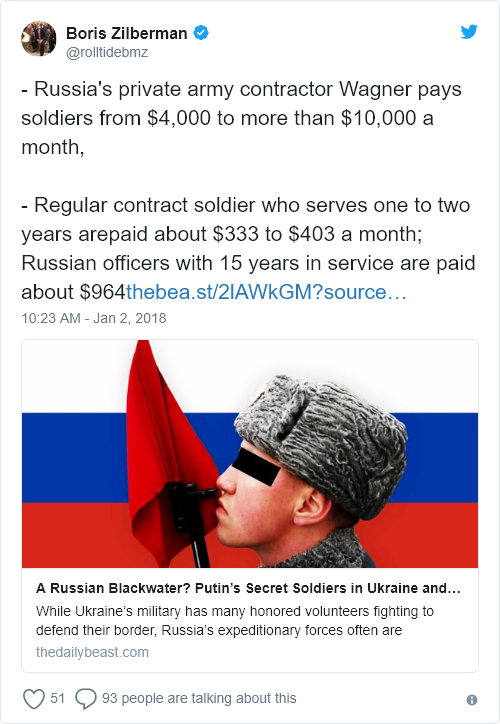 Editor’s note: A typo has been corrected in the headline. 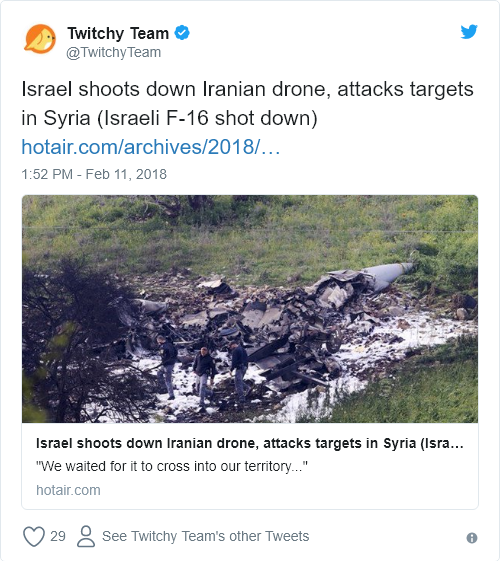 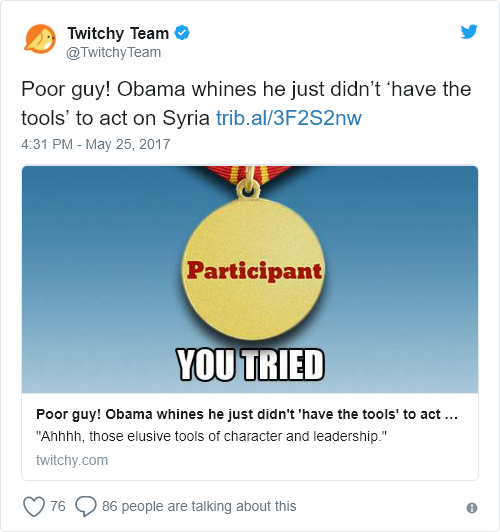