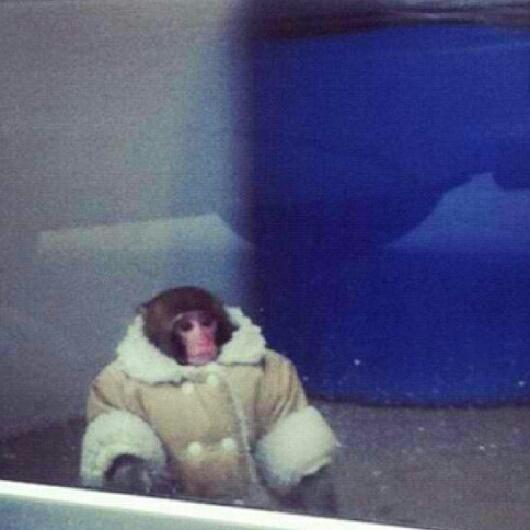 A monkey, a fancy coat, and an Ikea in Canada. That’s how it all started:

The Ikea Monkey has a name and it is not Billy or Johan, but fittingly, Darwin.

Toronto’s Animal Services says Darwin, a rhesus macaque monkey, which was found in a shearling-like winter coat at a northern Toronto Ikea Sunday, is seven months old and his owners are originally from Montreal.

We can't blame #ikeamonkey. Those meatballs are BOMB.

Typical: the coolest, most stylish thing to happen to Toronto and it came from Montreal. #ikeamonkey

What's with the world when #ikeamonkey has a nicer coat than many people on the planet do? http://t.co/4gEG5dGz

All I want for Christmas is the Ikea monkey. http://t.co/CMB33owo

Of course, not everyone sees the humor/adorableness of the situation.

75% of all new infectious diseases originate from nonhuman animals. Idiots like #ikeamonkey owners should be jailed http://t.co/2f45MqOo

It didn’t take long for the Ikea monkey to get a Twitter handle and a few thousand followers. @Ikeamonkey has officially arrived.

even harder to tweet while patting myself on the back continuously @kendp @IkeaMonkey how do you tweet without opposable thumbs? #IkeaMonkey