As you likely know, SpaceX test-launched Falcon Heavy last week, sending Elon Musk’s personal Tesla roadster into space. That has Keith A. Spencer a bit cranky, and he wrote about it at Salon, claiming that the launch was “a slap in the face to real science.” 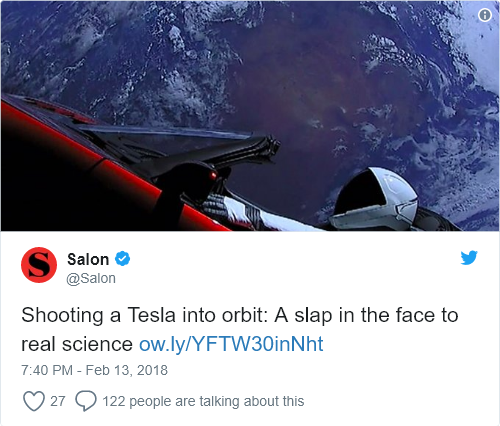 Musk could have reached out to the scientific community to put something of scientific or educational value on the Falcon Heavy rocket, but didn’t. NASA confirmed as much in a comment to a GeekWire reporter. Or Musk and company could have sent a few kids’ science experiments along in the passenger seat; they sent an advertisement for a union-busting billionaire’s car company instead.

Ah, so it’s one of those deals: I could have spent Musk’s money better than he did. Oh well.

Spencer knows this was a test flight, right? 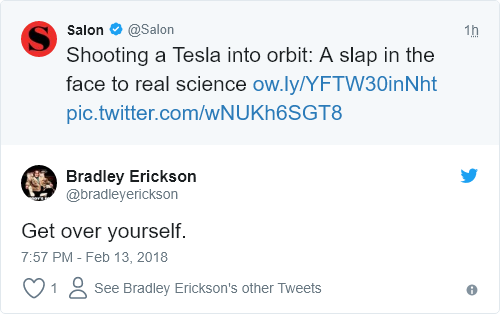 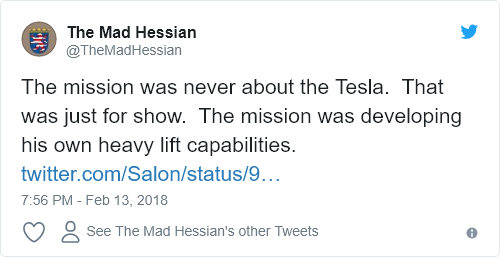 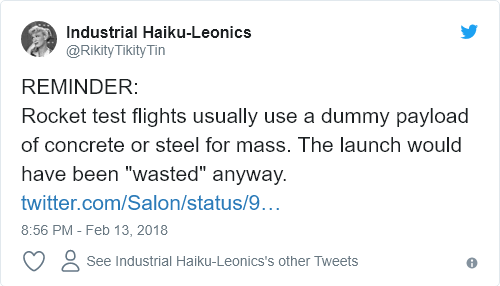 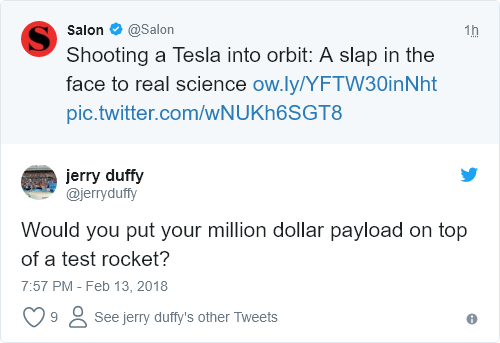 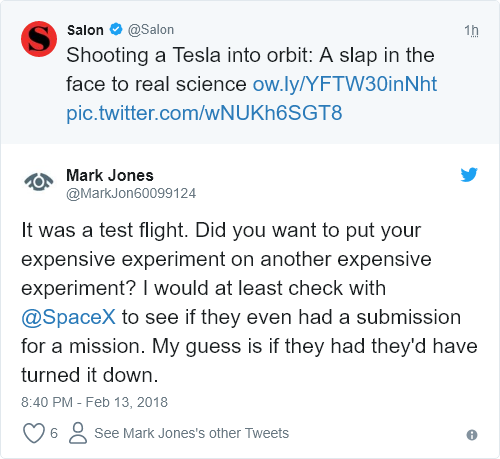 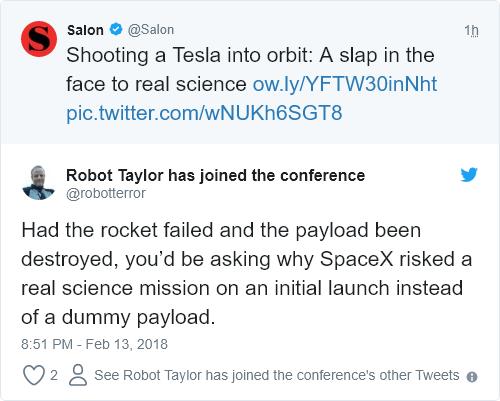 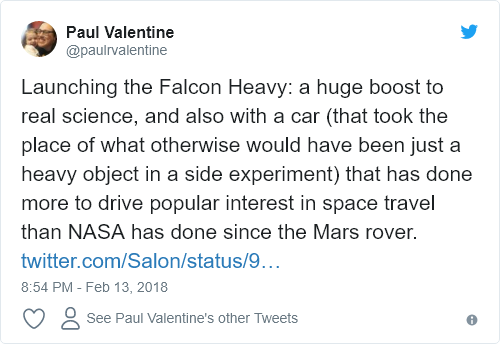 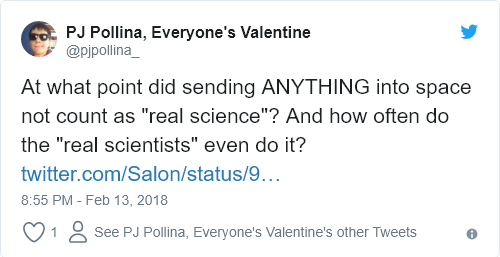 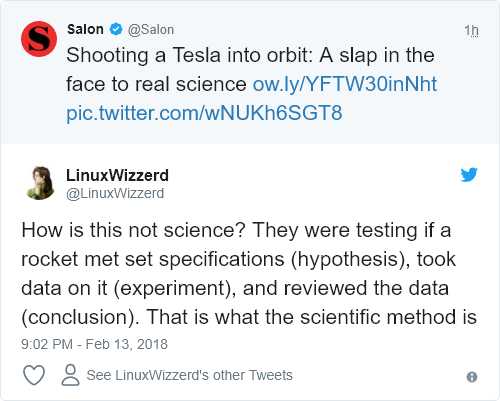 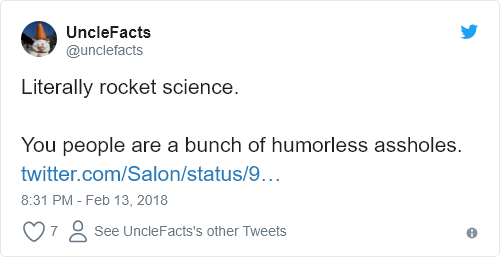 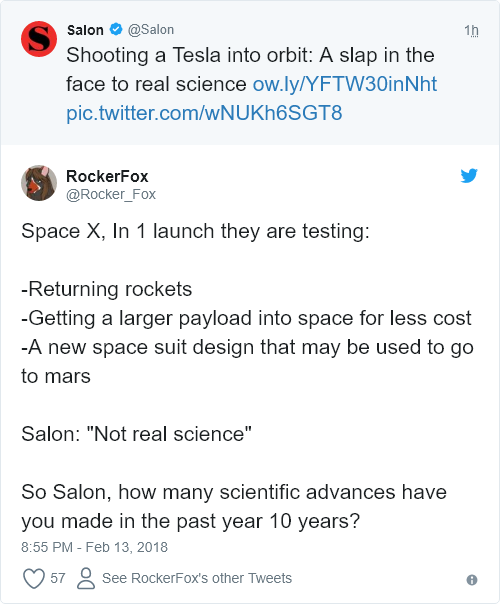 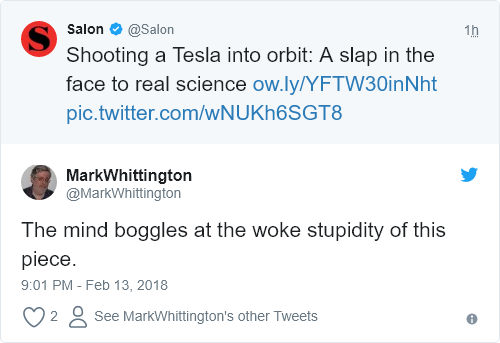