Quinn Norton has some news: 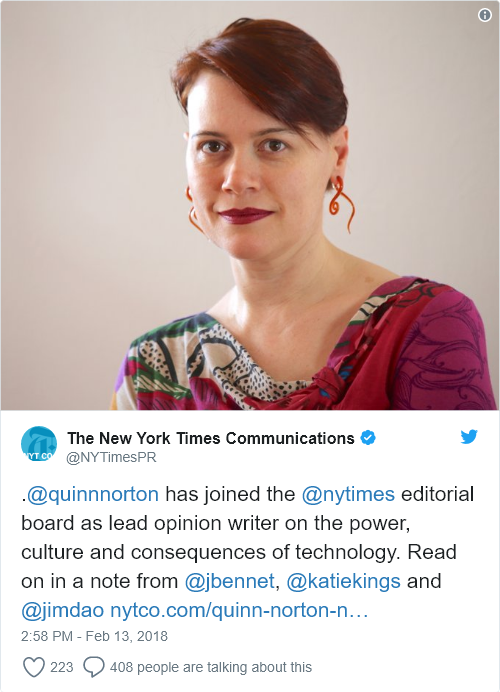 Journalist Yashar Ali was a little surprised to hear the New York Times had hired Norton, having reviewed her Twitter history: 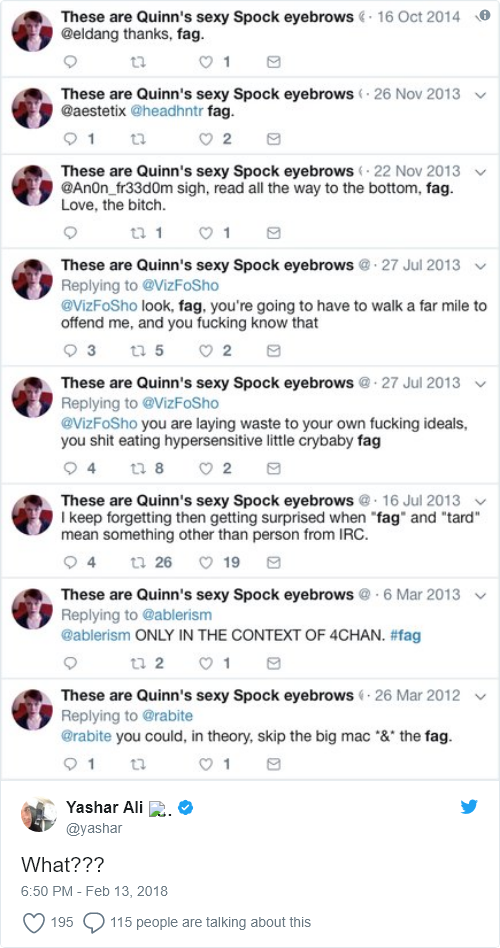 Wow, there are a whole lot of F-words in there that we can’t imagine The New York Times being OK with. 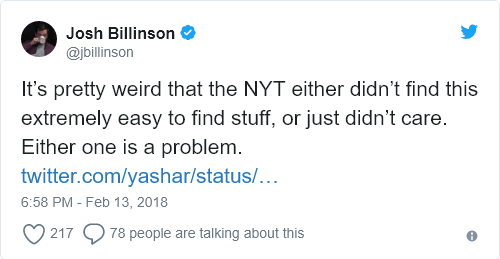 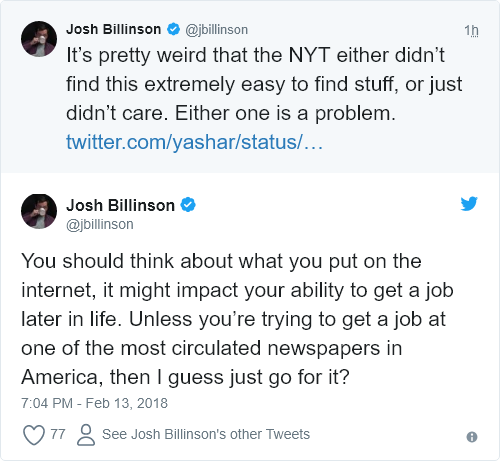 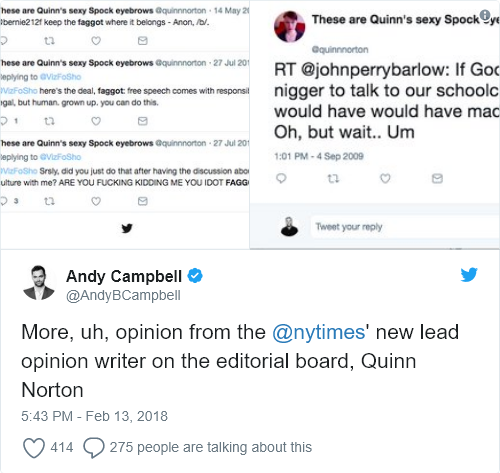 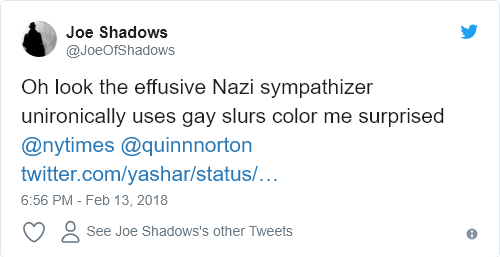 Nazi sympathizer? What’s that about? Oh, this? “I have been friends with various neo-Nazis in my time, yes.” 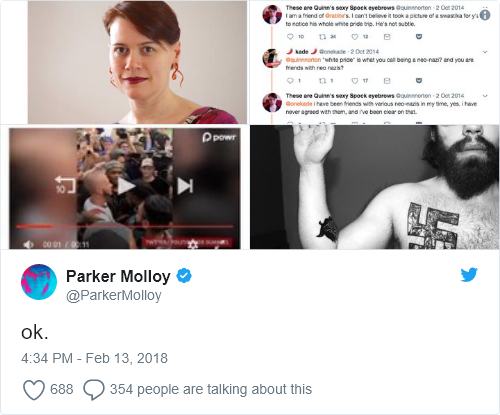 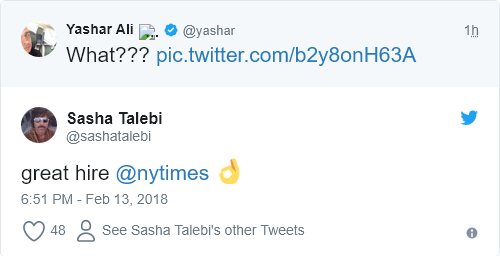 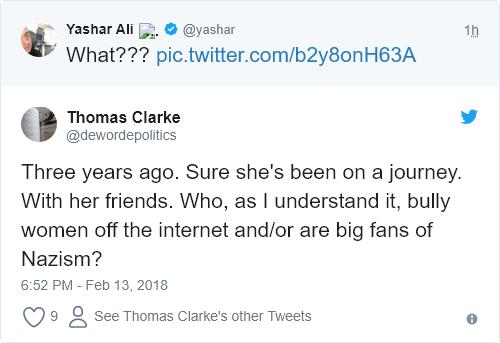 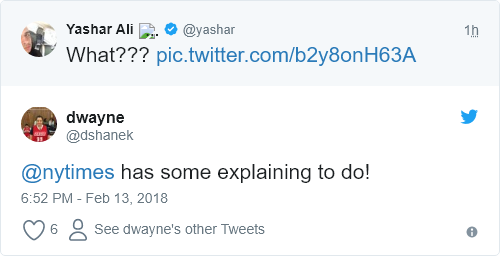 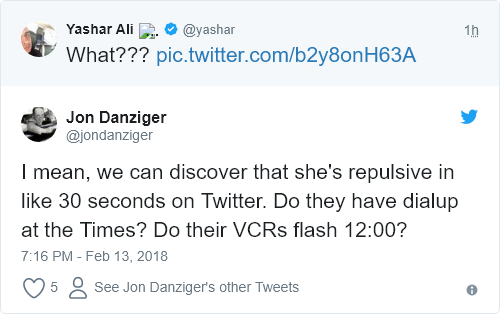 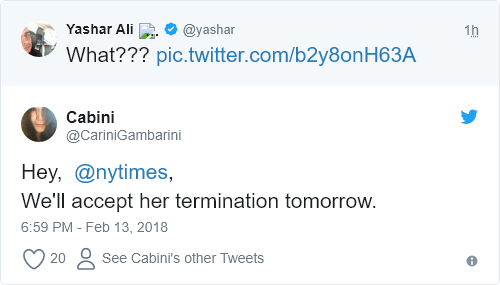 Hey, Alan Grayson’s tenure as a fact-checker with PolitiFact burned out within a day — maybe The New York Times will rethink this decision, or at least do a little hand-wringing over it? (Probably not.)

Looks like those layers and layers of fact-checkers at The Times didn’t bother looking into their new hire: