Thank you, Ed Henry. We thought we might be the only ones amused seeing the White House press corps (and plenty of others in the media) turn into fashion writers for the night, but the Fox News correspondent got a chuckle too. Mark “Just the Facts” Knoller of CBS News managed to maintain his journalistic objectivity while keeping the public informed.

Can we get a fact check, please?

@markknoller Men are notorious for being color blind. So I won’t hold it over your head. The gown is Red.

@markknoller The dress was red, I believe.

@markknoller the dress is ruby colored. 😉 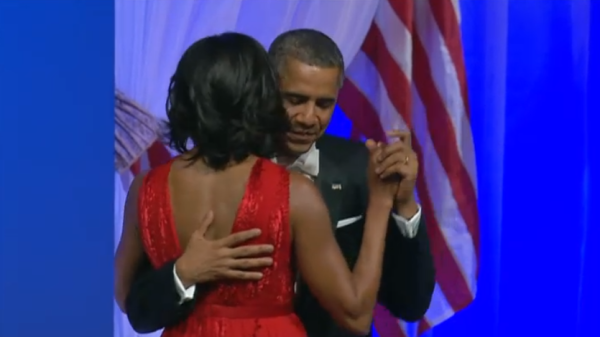 Mrs Obama tonight is wearing ruby-colored chiffon & velvet gown by Jason Wu. Shoes by Jimmy Choo. Will be given to the National Archives.

The fashion of Jason Wu & Jimmy Choo. Next stop the National Archives after this one night only wearing by Mrs. Obama

Thank you, Piers Morgan, for confirming this important breaking news.

Jason Wu confirmed as designer of @MichelleObama's red gown tonight; he designed her gown for first Inaugural Ball as well.

Piers Morgan talking about his how he often buys Jimmy Choos is great TV! Said………who?

@BuzzFeedAndrew does the fact that I have no idea what a Jimmy Choo is affect my man-card retention?

If CNN's strategy to take back audience is Piers Morgan talking about his fondness for Jimmy Choos, it's already over.

Loved Alicia's song… on fire is right. I could live without knowing Piers' fetish for Jimmy Choos. #cnn

Now on CNN Piers Morgan is talking about how he regularly buys Jimmy Choos, just like FLOTUS.

But Piers, why do Americans think they NEED Jimmy Choos? The founders certainly weren’t thinking of Jimmy Choos when they wrote the Constitution.