Blue-check gets 50,000+ likes for an inaccurate tweet about a 6-year-old ‘daughter’ who died…

EPIC FAIL: Dallas Cowboys get last-second FG for the win after the Atlanta Falcons BOTCH the onside kick

‘The Constitution gives senators the power’: Lamar Alexander reveals where he stands on…

Liberal white female politician from Northern Ireland apologizes for dressing up as Mr. T for Halloween

‘I reject that’: Even Rahm Emanuel is calling out Nancy Pelosi’s latest threat toward…

The Obama administration has more than its fair share of media lapdogs, but CBS News’s Mark Knoller is always left holding the doggie bag. His tweets about the president and his campaign diet of ice cream cones, apple pies, French fries and something called the “four-way with beans” lead us to suspect he’s America’s hungriest reporter.

He, along with the rest of the press, was left waiting for scraps outside of this afternoon’s farewell reception for outgoing Treasury Secretary Tim Geithner, but all he got was a quip about the party’s lack of alcohol. 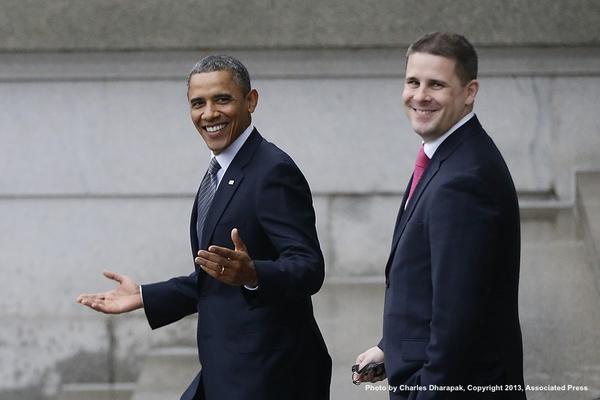 Will someone please bring Mark a plate?

Maybe they had cookies in the shape of Trillion Dollar Coins, at the Geithner party.

Blue-check gets 50,000+ likes for an inaccurate tweet about a 6-year-old ‘daughter’ who died of COVID-19