“Ammunition is now the black hole in gun violence prevention,” Blumenthal told reporters during a conference call, further calling the ability to purchase large quantities of bullets “a ludicrous loophole.”

Blumenthal tweeted the following graphics to give an overview of the proposed legislation. Law enforcement would be tasked with tracking ammo sales, “especially” of large quantities. 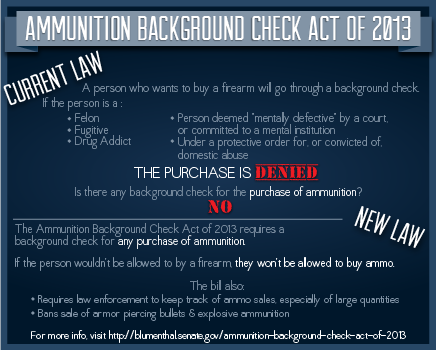 Here are a few stats that drive home why the Ammunition Background Check Act is needed http://t.co/OwP0CvRn pic.twitter.com/IYLvtM6T 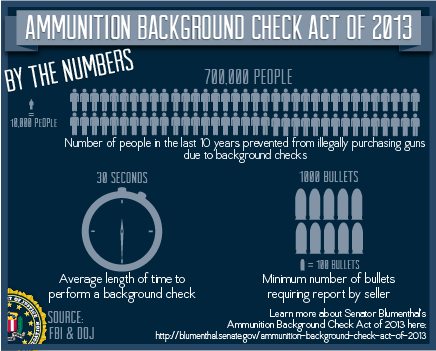 In Hartford, where @SenBlumenthal is looking to require background checks on ammunition purchases. pic.twitter.com/4wNSQuun 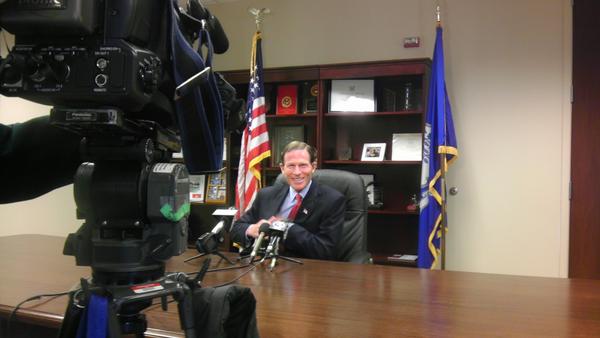 @mgmcampbell @senblumenthal Duh? Most gun stores require gun permit to buy ammo as a matter of policy. Tell that to Grandstand Dick.