The headlines making note of this weekend’s gun show in Stamford, Conn., are a handy demonstration of just how gun-shy — no pun intended — much of the nation has become in the aftermath of the Sandy Hook Elementary school shooting last month. Articles make note of how the show is being held “only 40 miles” and “just one hour” from Newtown, Conn., and “only a month” after the massacre.

Less than 50 miles from Newtown shooting, the gun show goes on http://t.co/bt3kaU9J

A gun show is being held in Stamford, Conn., despite critics who say it is too close to the shooting at Sandy Hook. http://t.co/VfF3nlbz

Stamford Mayor Michael Pavia called the decision to go on with the show “untimely and insensitive,” but those in attendance were just doing, legally, what many others across the nation were doing. That didn’t stop a small group of protesters from converging on the Stamford Plaza Hotel. Not surprisingly, the NRA was the chosen target.

A father and child are protesting with this sign: "NRA kills our kids" @FoxCT #Stamford pic.twitter.com/OBRywSBd 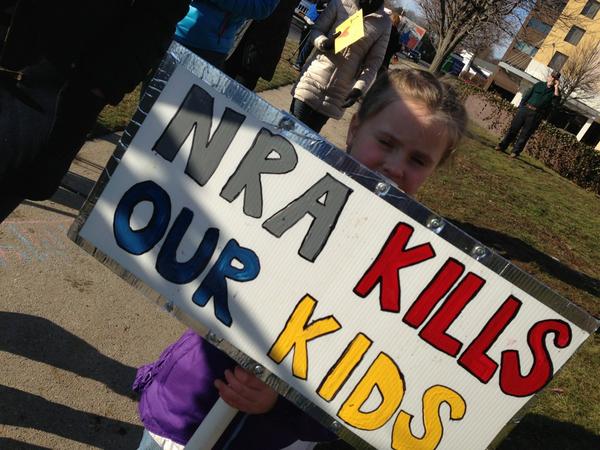 A group of picketers outside the Stamford gun show. pic.twitter.com/gvKApP0r 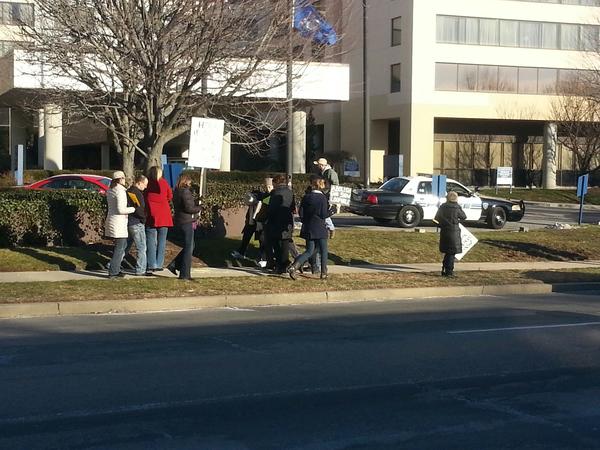 That doesn’t quite look like the uproar that some headlines would suggest.

http://t.co/fHUFNa0J A gun show being held 40 miles from Newtown in Stamford, Conn., is causing an uproar

A group of protesters outside a gun show in Stamford, CT. @FoxCT pic.twitter.com/d5qGY7dn 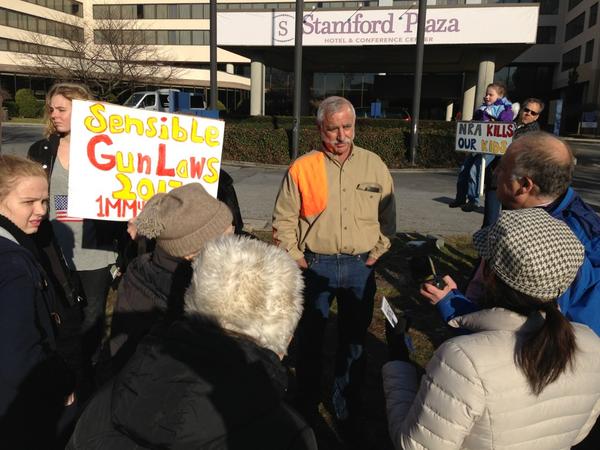 @RyanBernat @foxct Those protesters are in front of the safest place in America.

@DonLaniEMT @RyanBernat The kid is right though. The NRA is a lethal organisation. They support stuff that makes murder possible.

Clearly some people have no decency RT@nypost: Stamford gun show goes on in shadow of Sandy Hook despite mayor's pleas http://t.co/EoCaqu2K”

The New Haven Register reported that those inside the hotel didn’t find any assault weapons but rather “antique guns dating back to the 1700s” alongside “shotguns, hunting rifles, bowie knives and even Navajo jewelry.” One vendor at the show sympathized with the protesters but surmised that “this is probably the wrong show to picket.”

A Facebook page used to organize the event noted that there was no protest planned for Sunday. The gun show will go on, as will others hundreds of miles away. Following current trends, chances are they’ll be packed.

Line to get into Gun Show. Don't think Gun Control gonna do well in TN http://t.co/5vesQV6Z