‘It’s been a week…’: Byron York’s trying to get an update from Facebook…

Rep. Jim Jordan’s list of reasons we know the Hunter Biden emails are real isn’t even…

‘No thanks’: Barack Obama ‘fired up’ by what took place this year, says vote for…

What? You don’t own a gun? Are you sure? According to Jesse Jackson, Piers Morgan, Jennifer Granholm and a lot of others, buying a gun in America is so easy, you might have purchased several already and don’t even know it.

@NancyLeeGrahn it's harder to adopt a rescue dog then it is to buy a gun in this country.

Why is it easier to buy a gun than to adopt a pet? 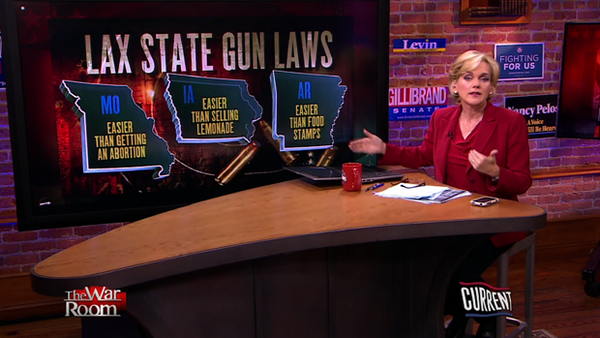 It is easier to get a gun than a marriage license

It is easier to buy a gun than it is a pack of cigarettes or liquor without I.D.

It's easier to get a gun than a job. Only in America.

You know we live in a backward society when its harder to buy Sudafed than it is to buy a gun! #GunControlNow

It should not be harder to get your hands on a jar of MOISTURIZER than a gun. This just blows my mind.

Its harder to get sudafed in this country than ammunition pic.twitter.com/EMYOYTeL

@NancyLeeGrahn A child's right to life is greater than anyone's right to bear arms. It seems pretty simple to me.

Speaking of the children…

It is harder to get an abortion in Arizona, Missouri, Mississippi, Texas, and Utah than it is to buy a gun.