Just days after a mall shooting in Portland, Ore., reports of another incident are emerging tonight from Newport Beach, Calif.

Gun shots @ Fashion Island. Hundreds of ppl just running out into the parking area as we were leaving. Hope everyone is OK…

My mom, son, and I are shopping at Fashion Island and we heard gun shots we're hiding in the restroom.

All we're hearing is there is a gunman loose

@jennicake news says cops are there. Stay there till they come get you guys.

@jennicake. Keep tweeting so we know you're ok !

Shooting at Macy's fashion island! I'm here right now, got locked in anthropologie – got out – making way to my car

In fashion island police people running and we are hiding in the car! Staying put until the girls parents make it to us! Does anyone know?

At bath and body work fashion island stuck in the back room because there is a gunman shooting outside!! What is happening in this world!??

It's NUTS!! In my office across from #fashionisland and I hear over 50 rounds fired!! Took over 5 min for police response.#shooting WTF??

Locked in a store at Fashion Island. Rumor of a gunman out and about.

locked down in nordstroms at fashion island… possible shooting @ Macy's?

Newport Beach Police are confirming the incident and say that parts of the mall are on lockdown. One person is reported to be in custody. We hope that reports that no one was hurt are correct.

From @ABC7 live now, @newportbeachpd has arrested someone who fired shots at Fashion Island, no one hurt & they're off to the weather.

Newport beach Fashion Island PD has one in custody. No one hit. Prk Lot closed betwn Macy's and theater pic.twitter.com/9peL7Rvj 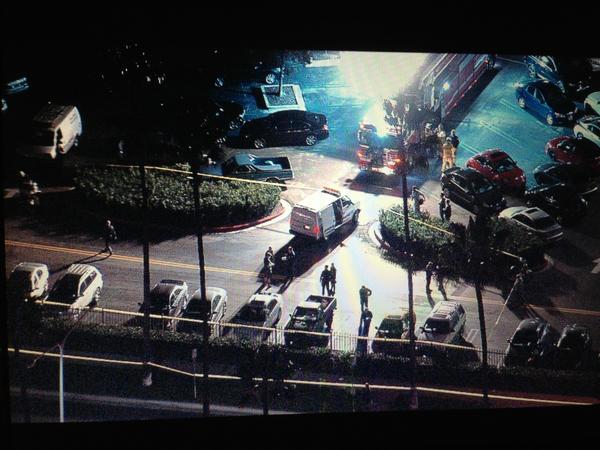 Twitchy will report with more details as they become available.