In a tearful statement to the press this afternoon, President Obama said that the nation needs to set politics aside and “come together and take meaningful action” to prevent future tragedies like today’s mass shooting at Sandy Hook Elementary School in Connecticut. Although he concluded by encouraging Americans to begin by extending a hand to those in need and offering prayers, many seized on those two earlier words, “meaningful action,” as a call for more strict gun control.

Radio host Randi Rhodes — notorious for skits featuring gunshot sound effects — was among those dissatisfied with the mere promise of “meaningful action.”

Obama: Need 'meaningful action regards of the politics'. I hope that pres-speak for "this s**t is going to to end, NRA be damned!"

New York City Mayor Michael Bloomberg also felt that the president’s promise fell short and called out Obama and Congress for a lack of leadership on the issue.

Mike Bloomberg hits Obama: "Calling for ‘meaningful action’ is not enough" Says we have not seen leadership on guns from WH, Congress

President Obama rightly sent his heartfelt condolences to the families in Newtown. But the country needs him to send a bill to Congress.

We heard after Columbine that it was too soon to talk about gun laws. We heard it after VTech, Tucson & Aurora. Now we are hearing it again.

For every day we wait, 34 more people are murdered with guns. Today, many of them were five-year olds.

We have heard all the rhetoric before. What we have not seen is leadership–not from the White House, not from Congress. That must end today.

.@MikeBloomberg: My deepest sympathies are with families of those affected, and my determination to stop this madness is stronger than ever.

Tell @BarackObama that you #DemandAPlan to end gun violence in America http://t.co/yCsuaarU

"We are going to have to come together to take meaningful action," said @BarackObama. Please proceed, Mr. President.

@nickschickuk just watching it now. Heartfelt but 'meaningful action' seems vague.. Readdress gun laws is what he should say!

Obama: "We're going 2 have 2 come 2gether & take some meaningful action." Just maybe some sort of gun control is in the offing. #cdnpoli

@whitehouse More than a speech, the president needs to take action right now. The adjective "meaningful" sounds like "procrastinating."

We'll see what "meaningful action" BHO takes, but to mince words now, after his reelection, is a form of moral cowardice. He knows better.

Earlier in the day, White House Press Secretary Jay Carney had told reporters that there will be “a day for discussion of the usual Washington policy debates, but I do not think today is that day.” That statement, too, failed to satisfy many eager for the government to take action on guns — today.

Dear Colleagues: it's time 2 act to control access 2 handguns. This not about ducks & deer. I pray for the victims. I pray for our courage.

Rep Nadler: "If now is not the time to have a serious discussion about gun control and the epidemic of gun violence…I don’t know when is."

"Now is not the time to talk about gun control," said Jay Carney from his throne constructed from child femurs, sipping blood from a skull

Really, Carney? Not the time? When WILL it be time? When a Muslim shoots someone and all of a sudden its an outrage?

if a day in which 18 children have been murdered is not the day to talk about gun control, when WILL the day be? #newtown

We'll wait for the next shooting, then? RT @ZekeJMiller: Carney repeats that “today is not the day” to discuss gun control legislation

The hell it isn't! RT @igorvolsky: RT @ZekeJMiller: Carney repeats that “today is not the day” to discuss gun control legislation.

After Giffords massacre Obama said now's not the day to discuss gun control. Apparently the last 2 yrs havent been the day either. #shameful

By late afternoon, people had gathered in front of the White House to demand action, many carrying Twitter-friendly signs promoting a #TodayIsTheDay hashtag.

"Everybody needs heroes. President Obama, today you can be that hero." #Newtown pic.twitter.com/xq6Qsbdx 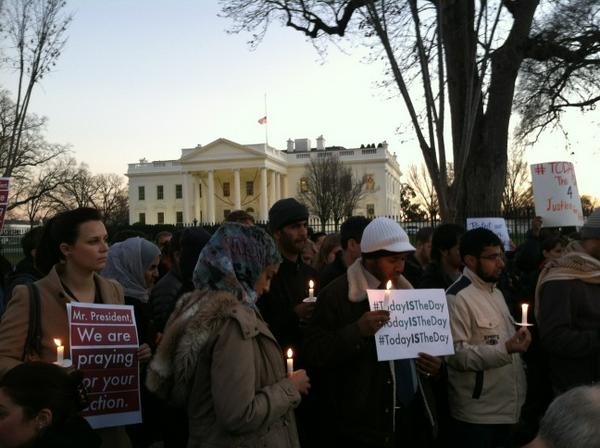 Pro gun-control protest outside the White House. Media making up a good portion of the crowd pic.twitter.com/X8vyUZbQ 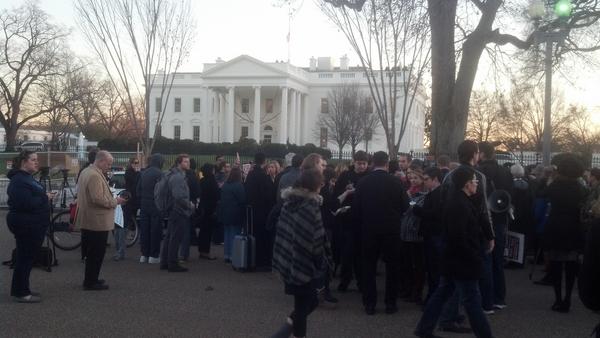 More gathering outside WH to call for gun control. pic.twitter.com/n0AOJabH 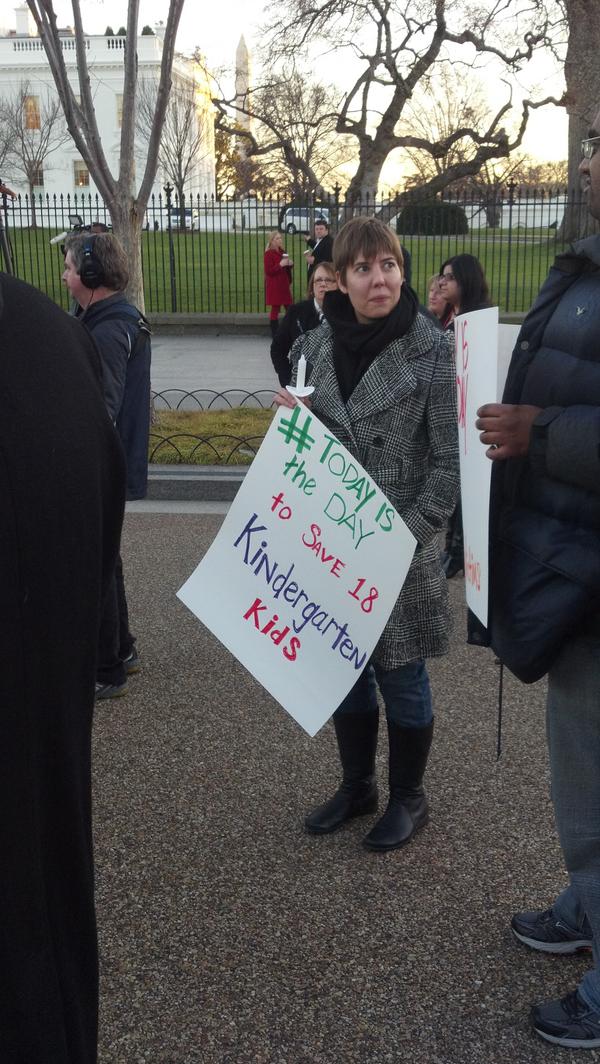 How soon we’ll know exactly what the president meant by “meaningful action” is unsure, but as Carney had said, today is not that day.

Wise to remember the old adage "let dead bodies cool slightly before exploiting them to advance your political agenda."

‘Are you kidding me with this?’: MSNBC assembled quite the panel to discuss the hostage situation at Texas synagogue