The real fireworks are set to fly tomorrow as labor unions descend on Lansing, Mich., to protest the passage of right to work legislation in the state. Buses are set to roll in from out of state, and public school teachers are planning to ditch class to march on the capital. Protesters got an early start tonight, though, by gathering near Gov. Rick Snyder’s home to wave signs and sing carols. 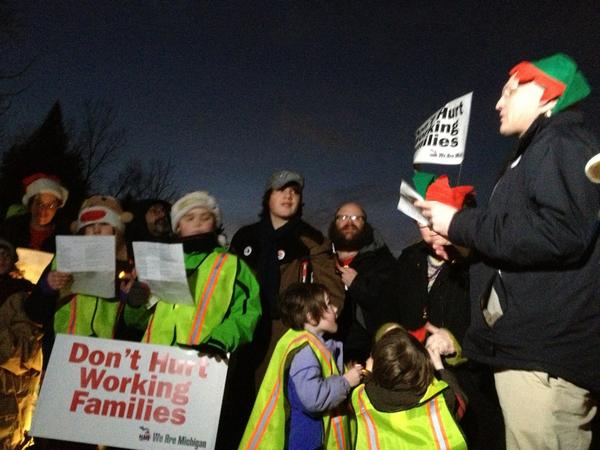 Look! Fictional waif Tiny Tim is there, complete with crutch and newsboy hat. 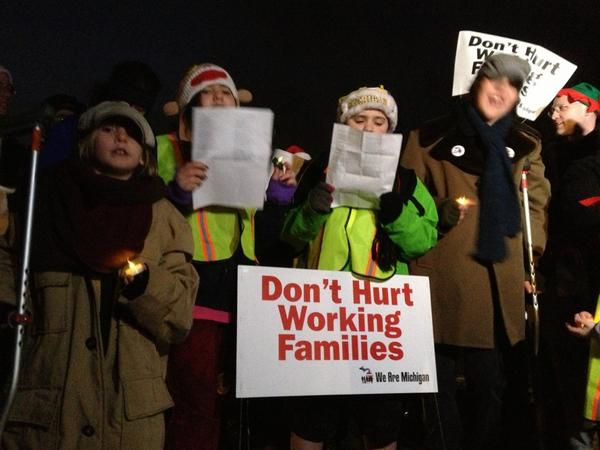 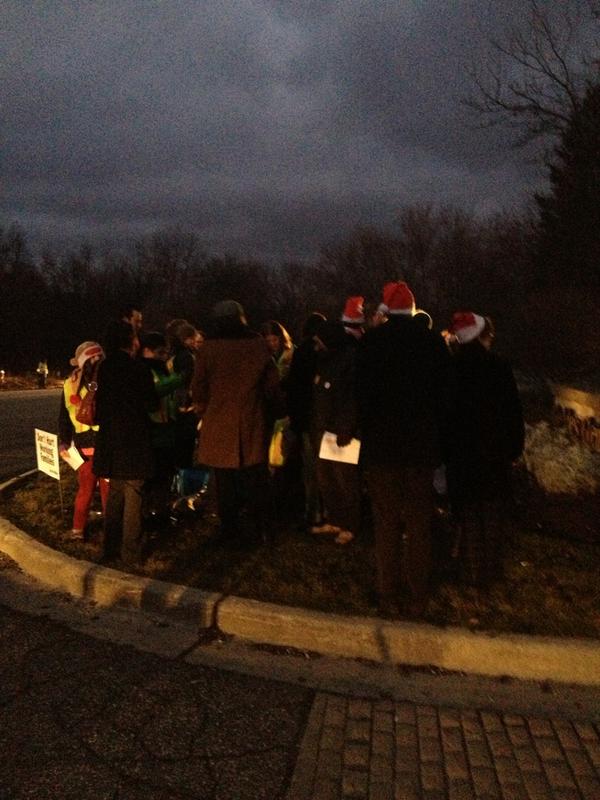 @aterkel never a fan of going to officials homes. Off base and unsafe. Regardless of what side or party you support.

People are beginning to file out and head home from the #righttowork protest near Gov. Rick Snyder's home

That didn’t last long, and it wasn’t quite the scene union members caused when hundreds gathered at the home of a Bank of America executive in 2010. We don’t expect tomorrow’s protests to break up so easily, though.