two men with briefcases just showed up to the Broadwell home… ran inside.

Dozens of people showing up to Paula Broadwells home now— carrying boxes and bags inside. @wcnc for more info pic.twitter.com/IDGZvt37

Confirmed with FBI – they have agents at home of Paula Broadwell right now in Dilworth, taking photos and carrying boxes.

FBI not saying why they're at Broadwell house in Dilworth or what they're looking for. @TVsJeffSmith reports 6 agents inside home now

WCNC reported earlier today that Broadwell and her family have been in hiding since Friday when the news of an affair with Petraeus broke, but neighbors told reporters they’ve been in contact with Broadwell and that “the family is together, and they’re doing okay, and they’re in an undisclosed place.”

For those asking, I'm unsure what Paula Broadwell's "side" is…her neighbours just say she's very nice & they had no idea.

Also, several neighbours say this is definitely the first time anything like this has happened at Paula Broadwell's home. No previous raid.

FBI agents have been inside Paula Broadwell's Dilworth home for about an hour now. About a dozen there, with bags/boxes, taking pics @wcnc

First time light has been on in Paula Broadwell's house since scandal broke. About ten investigators inside @WBTV_News pic.twitter.com/DQXVWRaQ 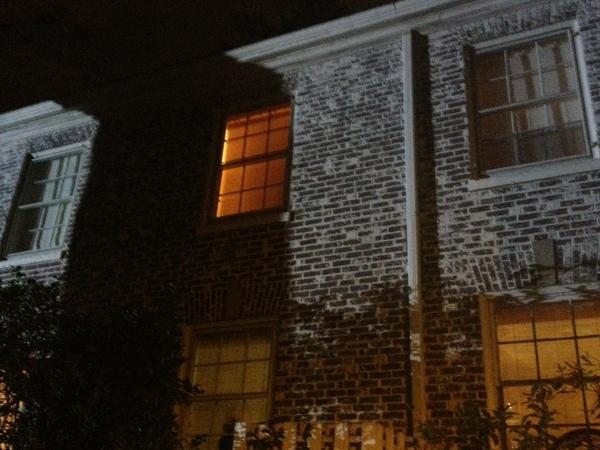 So, FBI CLOSES Petraeus/Broadwell email case TWO MONTHS AGO! Yet, tonight FBI is searching her home in North Carolina? WTH is going on?

NBC is reporting that the “raid” is not a raid, but rather a consensual search.

FBI agents are at the home of Paula Broadwell in Charlotte; law enforcement official says it's a consensual search, not a raid – NBC