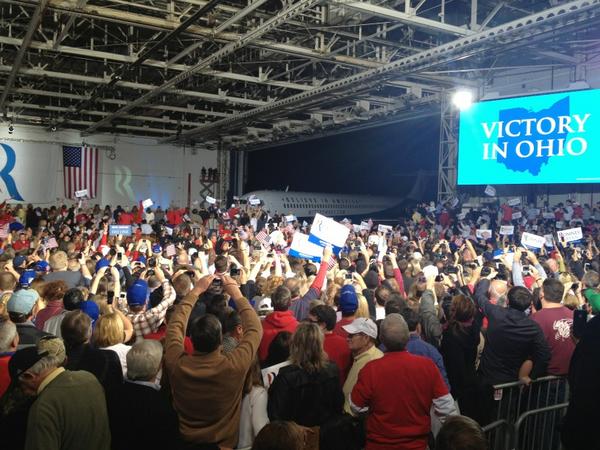 It’s not his last campaign stop before the election; it’s not his last Ohio appearance and it’s not even his last stop tonight. Mitt and Ann Romney made a dramatic entrance to his rally in Columbus, Ohio, this evening, with his campaign plane pulling into the hangar where supporters were gathered. 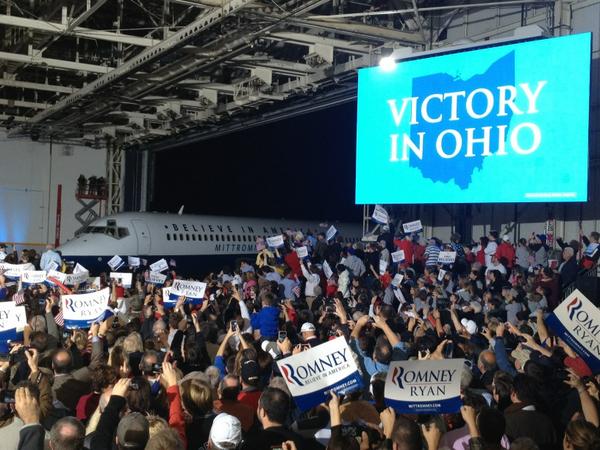 ROMNEY in COLUMBUS- #OhioPolitics Romney talks about man he met who "doesn't want a govt check, he wants a good job" gets crowd going

Ann Romney in Columbus, OH speaking of the journey '..the voices especially of the women who need help will be etched in my mind.' #election

People are packed in every nook and cranny in Columbus. #RomneyRyan2012 pic.twitter.com/W6WT5d1M 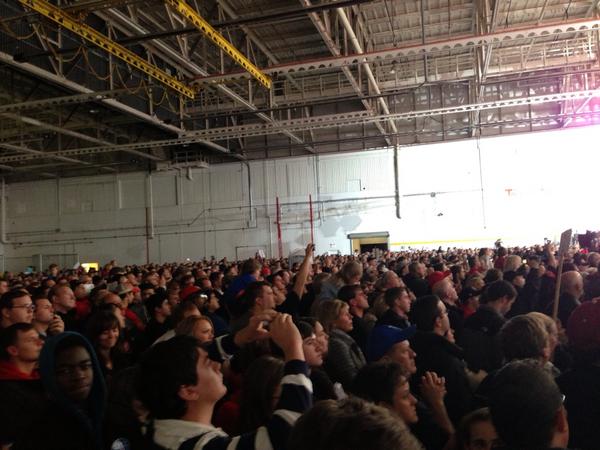 The Romneys will travel from Columbus to New Hampshire and then return to Ohio Tuesday for an Election Day stop in Cleveland.