Big Bird-obsessed whiners were shooting for a Million Moocher Meltdown in Washington, D.C., today. The Million Puppet March did have a better turnout than a Sandra Fluke rally, but just barely.

Halloween's over but people dress up for the million #puppet march at the reflecting pool. @wusa9 http://t.co/isjGmlzX

Although both organizers and media reports claimed the event was a “nonpartisan march,” that didn’t stop people from dressing up as Sesame Street’s Ernie and Bert and marching alongside small children carrying signs reading, “Mitt RobMe, Our shows teach acceptance and tolerance. Apparently you missed that lesson! Brought to you by the letters F and U!”

At least one woman dressed as Romney’s Binder, and several Big Birds were spotted in the wild as well, one carrying a trash can with a Mitt Romney effigy inside. Cookie Monster was spotted also, carrying a placard claiming that the Disney-owned Muppets are the 47 percent.

Taken earlier today at the 'Million Puppet March' in Lincoln Park, an event held in support of #pubmedia pic.twitter.com/Vl8aQ66Q 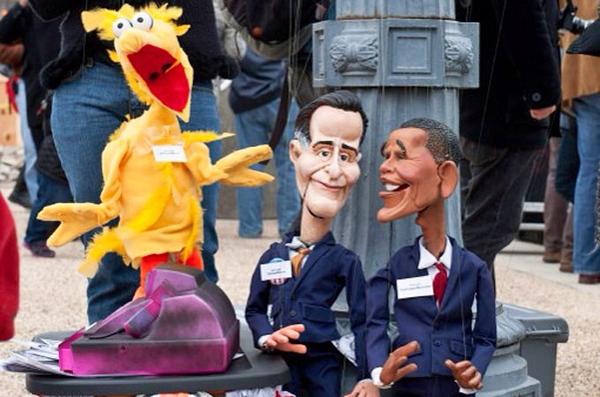 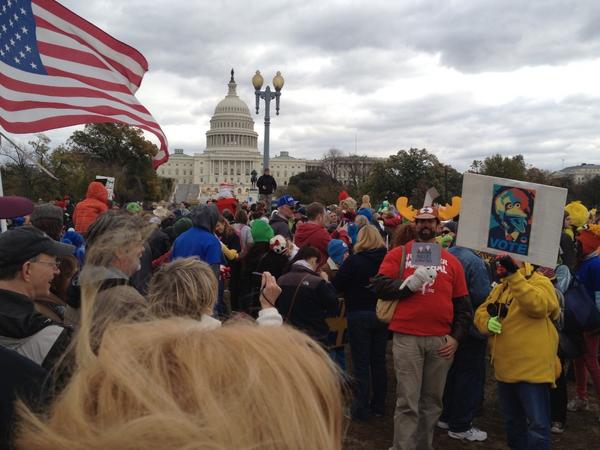 Organizers concluded that the gathering was truly amazing. 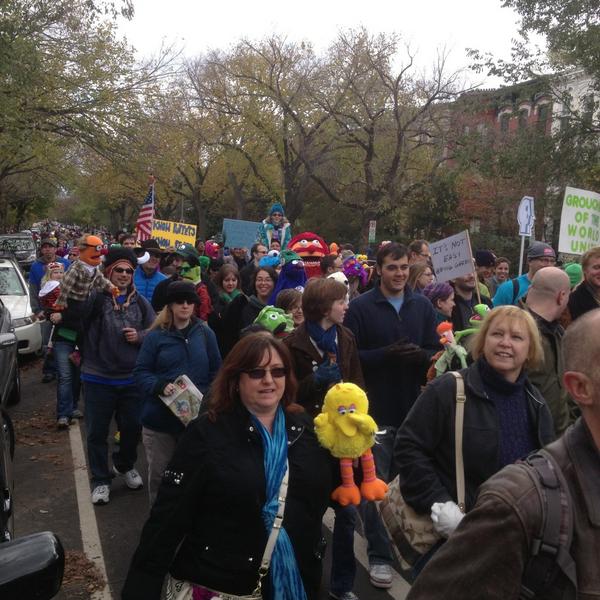 These people were amazed as well.

http://t.co/HZKKBNwX Seriously? Shouldn't we be focused on helping #sandy victims?

There's a Million Puppet March going on today in DC to show support for PBS. Seriously.

Fail of the Century? Million Puppet March draws crowd of like 12 muppets or something despite #Sandy devastation: http://t.co/DuAYOxyS #tcot

Million puppet march?!?! Are you freakin' kidding me?!

@MuppetsHenson it was an amazing day. something to remember forever.