We’ll call this a shock poll, but only because we’re shocked that anyone bothered to ask. According to the Hollywood Reporter, voters under 35 were eight times more likely than older voters to consider Katy Perry “more credible as a political spokesperson.” Note: That poll was taken Oct. 29, after Perry had appeared in her latex ballot dress but before today’s appearance with Barack Obama at a Milwaukee rally wearing this.

Perry in her "Forward" dress pic.twitter.com/5ckJa1F9 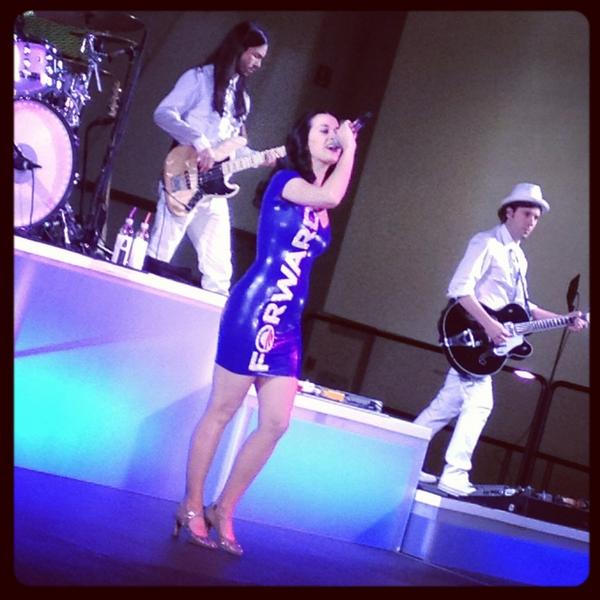 We’re not sure if the dress was made before the Obama campaign decided to kick things up a notch by adding an exclamation point to its slogan, if the dressmaker simply ran out of fabric, or if, like the rest of us, Perry just isn’t that excited about four more years.

Katy Perry opening for Obama in a shrink-wrap dress in Milwaukee. It says "Forward" up the side.

Katy Perry's "Forward" dress will be recycled into a dozen swimcaps for needy Wisconsin children.

ABC’s Jake Tapper, back from his one-day foray into covering the Benghazi cover-up, was on hand.

@jaketapper That looks awfully slippery if she gets wet.

@jaketapper Katy who? Dead to me. #RomneyRyan2012

Just when Tapper had regained just a bit of credibility for daring to report on Libya, he had to add this.

@jaketapper we’re supposed to follow the advice of someone stupid enough to marry Russell Brand? Give me a break!

For the sake of equal time, enjoy this Romney belt buckle made for Kid Rock. 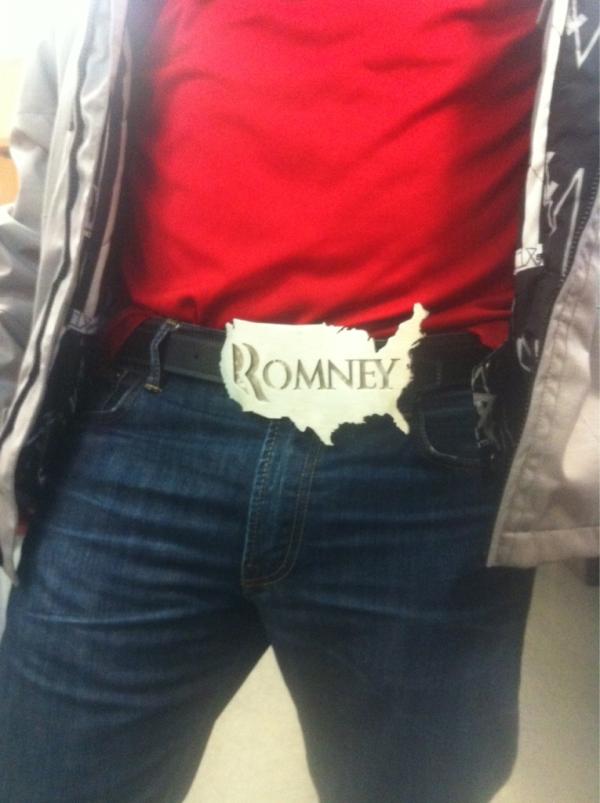