‘What could go wrong?’ NYC dropping charges against ‘hundreds’ of people…

Mark McCloskey after his plea deal: ‘Don’t worry— I have more guns to protect my family where…

Palestinian activists in NYC: ‘We don’t want two states. We want ALL of it’

Even the mighty New York City Marathon has been canceled in the wake of Sandy as the nation’s attention turns to relief efforts for victims of the super-storm. Organizers of the Million Puppet March in Washington, D.C., tomorrow, though, hope you’ll spare a thought for the most helpless and vulnerable among us: the Muppets of the money printing machine called Sesame Street.

If you're in DC tomorrow – join the Million Puppet March!http://t.co/6yiCLAO8 http://t.co/c5xsLWSv 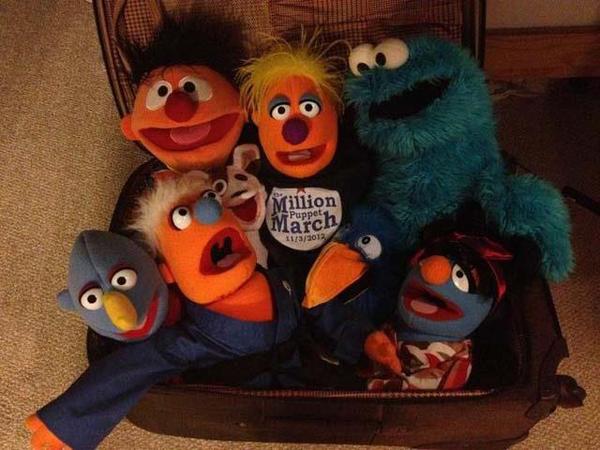 Organizers of the “nonpartisan” event say they’re expecting about 600 people and their puppets to show up in support of federal and private funding for public broadcasting.

“@wcp: Grab your puppet–tomorrow's the Million Puppet March. http://t.co/IBevr5G5” they are expecting 600 ppl. Quite a bit short.

There’s also a smartphone app available, and organizers promise a live Internet stream of the event for proud parents watching from home.

‘What could go wrong?’ NYC dropping charges against ‘hundreds’ of people arrested for looting during riots last year