BOOM: Telemundo News viewers say Trump won the debate by a margin of 66%-34%

‘Chris Wallace is getting run over’: Joe Scarborough tells Team Biden to pull Joe from the…

Joe Biden says that $3.5 million wire transfer to his son Hunter has been ‘totally… 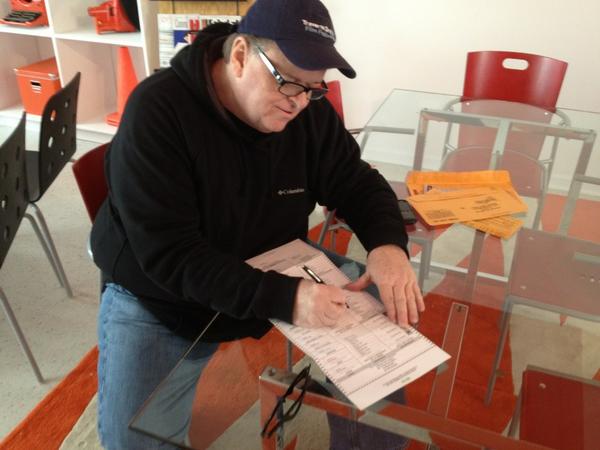 Apparently this is the vote which will cook Mitt Romney’s goose, so Michael Moore made sure to capture the moment from two angles with some sort of evil capitalist picture-taking device. (We’ll settle for one.)

Here’s a photo of the completed ballot, just in case you were wondering. 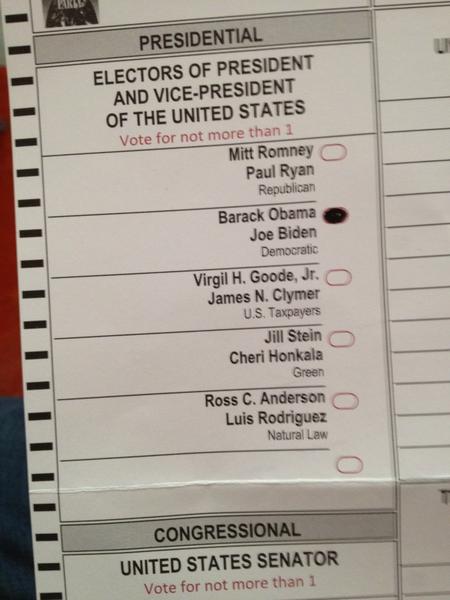 We don’t know for certain if Michigan trees were used to make this particular ballot, but we don’t advise tweeting a photo of yours; it’s illegal in some states.

@MMFlint Check your state but taking a pic of your ballot might be against the law.

@MMFlint Violating the secrecy of the ballot? Tut. Tut. 🙂

Some are upset to see that the president’s name is not at the top of the ballot — it’s disrespectful.

Disrespectful that the current POTUS is not up top RT @MMFlint: pic.twitter.com/QW9NJUDA

@MMFlint WHY is Republican first on Ballot? Hasn't incumbent earned that right… remember 2000?

@MMFlint we Canucks have never seen a ballot….now, .why the hell is the Mittster on the top of the ballot…..?

BOOM: Telemundo News viewers say Trump won the debate by a margin of 66%-34%