The president stopped by a Chicago polling place this afternoon to cast his early ballot. CNN reports that before leaving, the president expressed his hope that his example would encourage others to vote early as well. “For all of you who have not yet early voted,” Obama said, “I just wanted you to see how efficient a process this was” — even the part where you show ID. 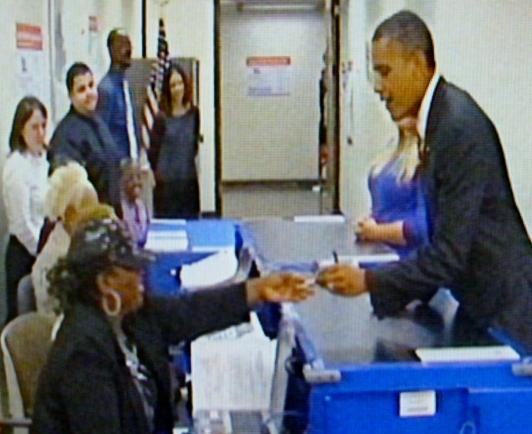 NBC News has the captivating video.

The president did his best impression of the poll worker checking his ID — or is this some new form of Eastwooding?

Pres.Obama as he shows ID to poll worker in Chicago, "ignore the fact that there’s no grey hair in that picture.”

I wonder if Obama considered using one of the birth certificate coffee mugs for the voter ID thing.

Sources: Obama pulled out wallet to show ID card and a half smoked joint dropped on the floor. ROVE!!!!!!!!! #tcot

@BretBaier did you see that Obama had to show his ID to vote? Isn't his campaign against voter ID?

@markknoller I thought he was AGAINST showing ID 4 voting? Obama = HYPOCRITE

Voter ID laws = voter suppression and racism and yet our president used his id to vote today…I'm confused!

@marklevinshow The President showing his ID when he cast his early vote. Should we all be required to do this?

#EvenObamaHadToShowIDToVote If the President has to show ID to vote, shouldn’t we all? #VoterID #stribpol 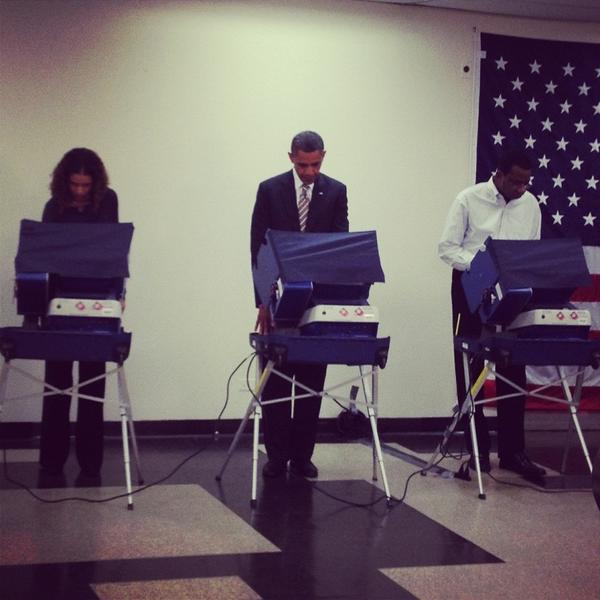 FACT CHECK: The president was clearly standing as he cast his ballot. Twitchy rates this claim MOSTLY TRUE.