Meatloaf (yes that Meatloaf) on stage for Romney in Defiance OH http://t.co/ZwkyoKsh

At Romney event in between songs, Meatloaf says he's 65 years old but "Paul Ryan has not pushed me off a cliff in a wheelchair"

The Obama campaign isn’t impressed by what’s on the menu.

Big & Rich, Meatloaf, Alabama… Folks there's only one way to describe this Defiance, OH Romney event: It's a hootenanny.

So Obama has the Lena Dunham video, while Romney has the vocalist of "Paradise by the Dashboard Light?" 12 days, people.

This photo of Meat Loaf & Mitt Romney by @CharlesDharapak is the best thing happening on the Internet right now. http://t.co/PXIGzr7e 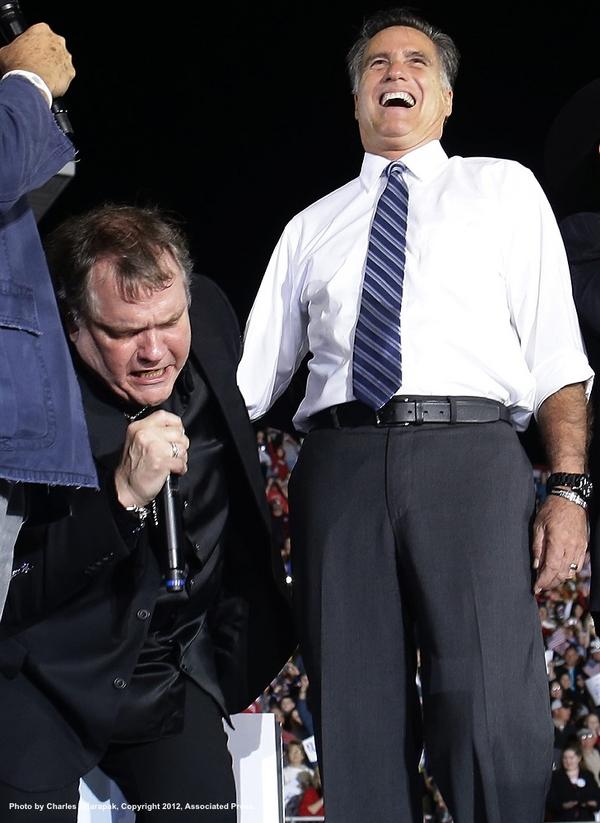