Conservatives including Michelle Malkin, Jonah Goldberg, Dinesh D’Souza, John Fund and others appeared today at the Defending the American Dream Summit in New Jersey to tackle issues from the repeal of Obamacare to Twitter 101. Attendees soon found they had to defend not only the American dream, but themselves as well, from yet another freakish Big Bird. 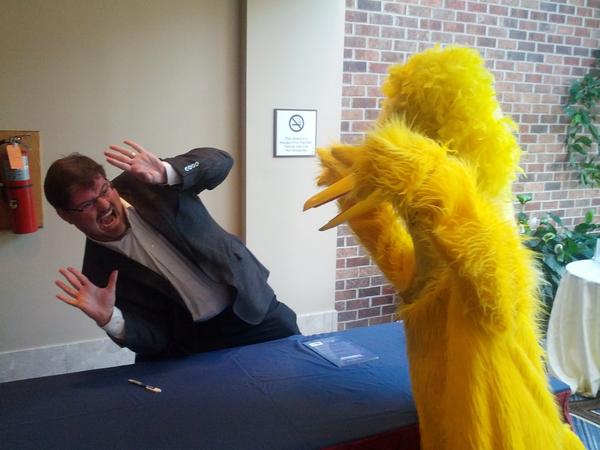 Why do people love Big Bird so much? That thing is terrifying!

John Fund and Big Bird seemed to get along well. Maybe Big Bird misunderstood and thought he was getting funded? 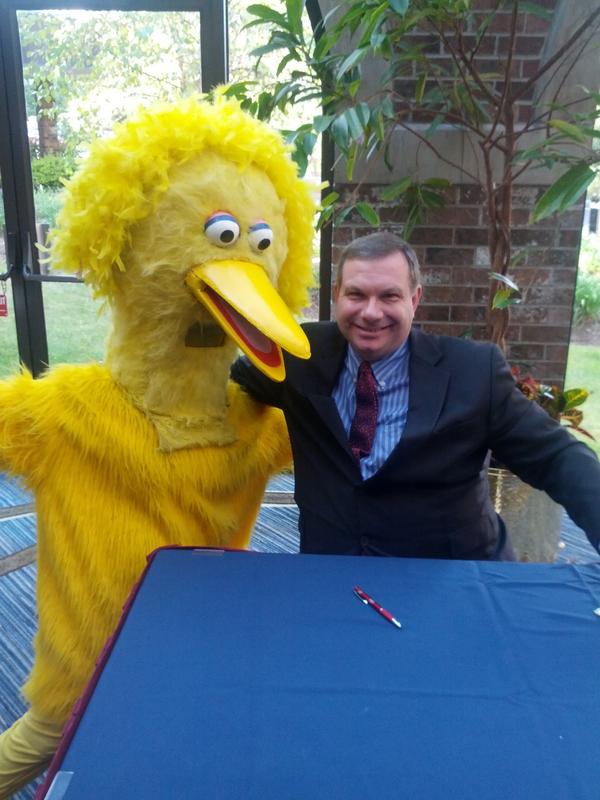 Michelle Malkin, with Tabitha Hale, demonstrated how easy it is to subdue Big Bird.

It appears Big Bird went to the wrong convention if he was looking for handouts. 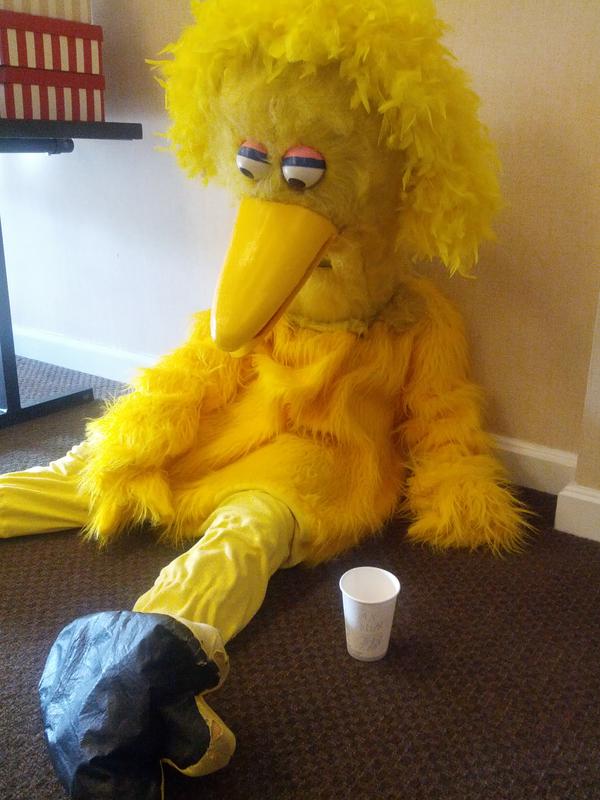 No spare change for you, but James O’Keefe promised something much better.

More vote fraud tapes will be released by @JamesOKeefeIII. "They're devastating." #njdream12