Forget everything you’ve heard from Joe Biden about the president’s “big stick.” The Obama campaign has just pulled the covers off of Barack Obama’s new tool, and Twitter is abuzz with speculation. Spoiler: it’s not Obama (or Biden).

@BarackObama President Obama's twitter feed admits that he is, in fact,a tool! Admitting it is the first step… #Romney2012

You shouldn't call yourself names. RT @BarackObama A new tool you’ll want to share with family and friends.

.@BarackObama You are the tool. And not a new tool.

A new tool from an old one. #IsntItIronic RT @BarackObama: A new tool you’ll want to share with family and friends: http://t.co/We9AAdFt

@BarackObama is that new tool @JoeBiden?

So, is this tool a real thing?

Would it be a shovel & a willingness to work? "@BarackObama: A new tool you’ll want to share with family and friends: http://t.co/c2R3lxxc”

Not even hiding it any more. RT @BarackObama: A new tool you’ll want to share with family and friends: pic.twitter.com/Sw2jCiJo 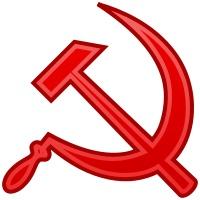 So, just what does this amazing tool do? Something useful?

@BarackObama is there a tool in ur toolbox that shrinks the govt?

“@BarackObama: A new tool you’ll want to share with family and friends: http://t.co/sY1otSNk” DOES IT CREATE JOBS? YOU CAN 'T!!!

@BarackObama the best tool is the voting booth Nov 6 when Romney wins.

Those brave enough to click through found an interactive map which shows “just some of the ways that the President has helped your state and community over the past four years” — you know, in case you hadn’t noticed.

.@BarackObama hmm… I put in my old ZIP code in Detroit and your page died. Kind of like what really happened there. Great tool!