It wasn’t even a month ago when Mitt Romney had lapdog journalists collapsing on their fainting couches with his shocking and certainly racist jab at his opponent, joking that “no one’s ever asked to see my birth certificate.”

We’re not sure how the press pool reacted tonight in Tampa when Pearl Jam’s Eddie Vedder joked that his Hawaiian-made ukelele had a little birth certificate in it. By groaning, maybe?

THAT'S NOT FUNNY!!! MT @markknoller As Eddie Vedder performed, he used a ukelele from Hawaii: "It has a little birth certificate in there." 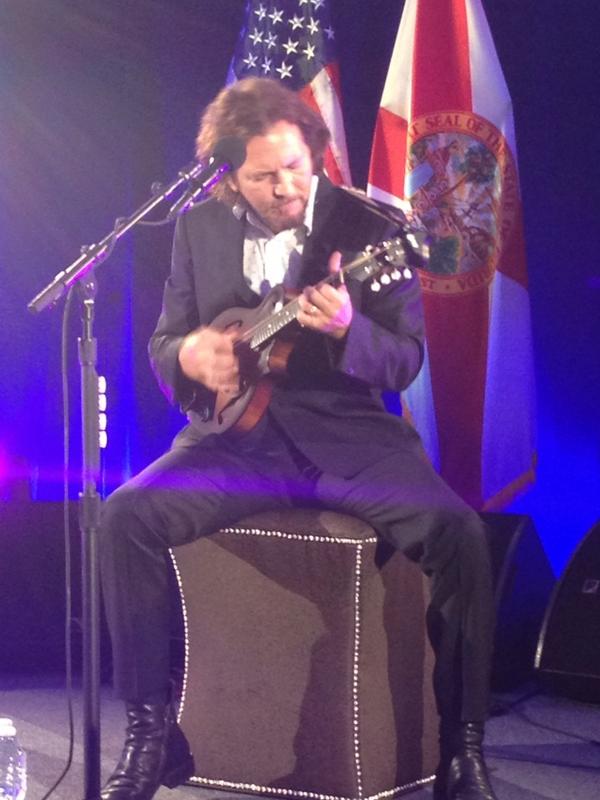 Attendees paid $20,000 to hear Vedder play his ukelele. We know what you’re thinking — Eddie who?

Eddie Vedder performed at a Fundraiser in Florida. Not sure having the words "WASHED UP" written on your hands is what Obama meant.

@JammieWF You mean the same Eddie Vedder douchebag who impaled a Bush mask at a concert? Another aging rocker raging against the thermostat.