‘This will raise Stelter’s ratings!’ Babylon Bee story on CNN’s new format is…

‘Black unemployment rate rose to 9.7%’: Mollie Hemingway breaks down jobs report by the… 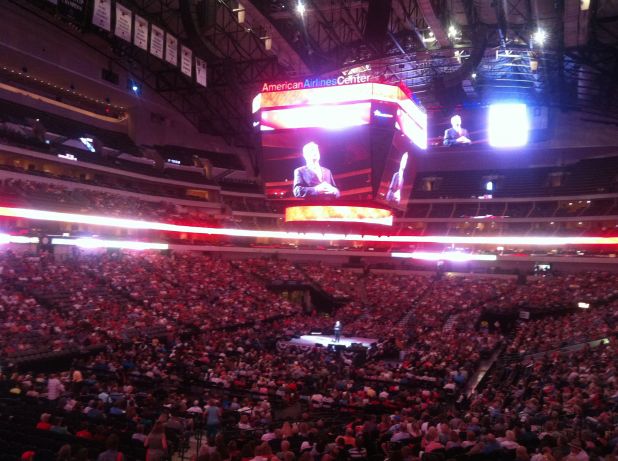 Malkin spoke on behalf of Senate candidate Ted Cruz and in defense of freedom.

"Freedom is the most effective stimulus known to mankind." @michellemalkin #FreePAC

Share your narratives of liberty over and over again. Because that is how you win. @michellemalkin at #FreePAC

"When my parents got here in 1970 from the Phillipines, they had nothing. But they had opportunity." – @michellemalkin #FreePAC

"Be out and proud and loud for @tedcruz for conservativism and for America!!!!" – @michellemalkin #FreePAC #txsen

"Entrenched incumbency is the disease and fresh conservative blood is the cure" @michellemalkin #freepac http://t.co/at1brXWR

Dana Loesch took the fight to ABC’s Brian Ross and the mainstream media.

Loesch on media: 'We don’t need you we took over talk radio. That’s ours now. We took over cable news' #FreePAC #mysa #hounews

“The media is supposed to be our watch-dog, not Barack Obama’s lap-dog!” – Dana Loesch #FreePAC

Can we retire President @BarackObama? Yes We Can! That, my friends, is change we can believe in! #TXSen #FreePac

Ted Cruz "With apologies to @BarackObama, can we restore the constitution?….Yes we can." #freePAC http://t.co/a6V1BCXT

“Blacklash” author and FreedomWorks Director of Outreach Deneen Borelli let the crowd know she has always been proud of her country.

"We are here to restore liberty and save our country!" RT @FreedomWorks: Standing ovation for the lovely @deneenborelli at #FreePAC

"America IS an exceptional country where anyone — ANYONE — can succeed… by hard work and perseverence." — Deneen Borelli at #FreePAC

Deneen Borelli – "we are here to restore. Not to fundamentally transform the United States." #FreePAC http://t.co/P3HG28B5

#FreePAC "The government is not responsible for my success, thank you very much." YES!! #Caring #tcot

We’ll let the tweets speak to the power of C.L. Bryant.

No, not an earthquake. It's the #FreePAC crowd cheering on @revCLbryant

GOP: You need to get some PASSION LIKE @RevCLBryant because he just blew the roof off #FREEPAC in Dallas Texas! #TEAPARTY @FREEDOMWORKS

Rev CL Bryant: we will not bow down to any earthly kings #freepac

Rand Paul is not about to let President Obama’s “You didn’t build that” comment go.

Sen Rand Paul at #FREEPAC: "I took 'you didn't build that' personally."

"You might be an economic illiterate if you think the roads built the economy and not the other way around" -Sen. @RandPaul #FreePAC

GB on Enemies of freedom: "They will destroy themselves." #FREEPAC

I really really hope people are listening to what Glen Beck is saying- shorter- Dont be like them, let them destroy themselves #FreePac

Beck is correct — largest independent gathering of conservatives. #FreePAC is larger than #CPAC.

Packed, overflowing house at #FREEPAC – the appetite for liberty is here pic.twitter.com/WbSV6dj5

‘Love is dead’: There will be no fourth date for the guy who went viral at the Arizona Diamondbacks game