President Obama and his Russian counterpart Vladimir Putin had some together time today at the G8 Summit, but from the looks of things, much hilarity did not ensue. For them, anyway. For us, it’s a different story:

Two men who look as if they'd rather be anywhere else on earth. https://t.co/XjMpVsOsw4 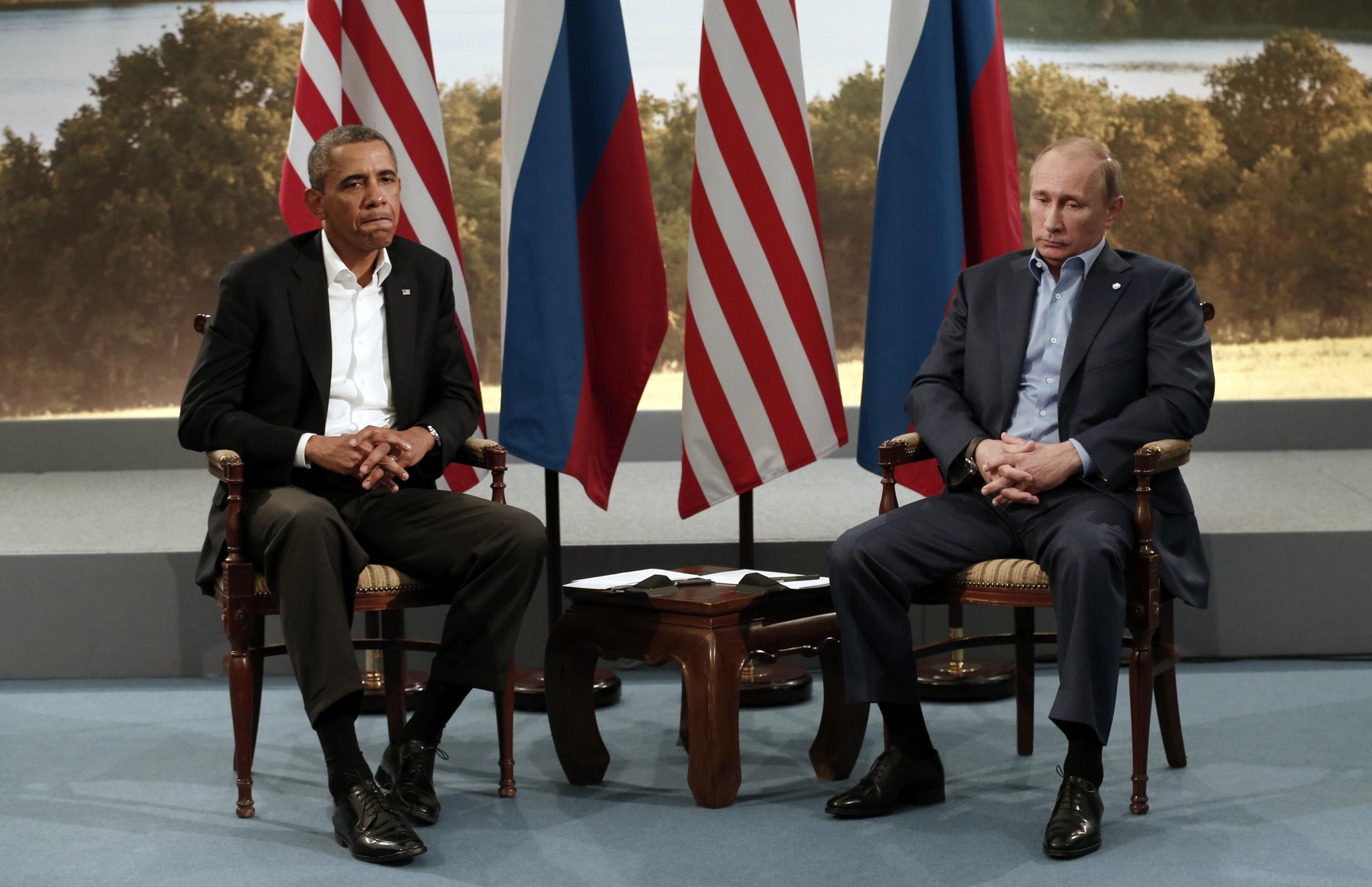 Well, since Brit brought it up:

@brithume Brit, they look like highschoolers sitting in the principle's office after getting caught!

If only we could transmit a smile to Vladimir …

The moment was also captured via Vine: