Er…so the reason you're watching Biden's swearing-in is that you're hoping for him to make some sort of outrageous faux pas, I expect?

Of course! Did it happen? Vice President Biden was sworn in this morning. The oath was administered by Justice Sotomayer.

VP's Office says this will be only the 4th time in US history a woman has administered the Oath of Office to a Pres. or VP.

Biden statement: "Above all, I’m happy for the chance to be sworn in by a friend" #Sotomayor

Some of his best friends are women.

LA Times reported that Justice Sotomayor had a previous engagement at noon, and so agreed to administer oath at this hour.

Twitter was buzzing with the news; some more excited than others.

Biden gets to be sworn in at home? I like a good low-frills inauguration. #uppers

Biden will be sworn in on a bible w/Celtic cross on cover that has been with family since 1893; he has used it each time he has taken oath

Who is excited about seeing Joe Biden get sworn in today? Me neither.

Oh man, my sunday has been ruined already. Looks like Joe Biden is really getting another term starting today.

I'm told that Biden likes to ad-lib "AND THAT'S THE FACT, JACK!" after he takes an oath. #inauguration

Biden couldn’t top his gaffe-tastic “I am proud to be the president of the United States” remark yesterday, and didn’t even try. Smart move. There was no way to top that!

Joe Biden in Iowa: 'I am proud to be president of the United States' //He says the cutest things.? http://t.co/eAGQaej7

This Twitter user also seems to confuse the president and the vice president.

Biden Children and grand children are gathered on a quaint stage for VP swearing in this morning in Washington. 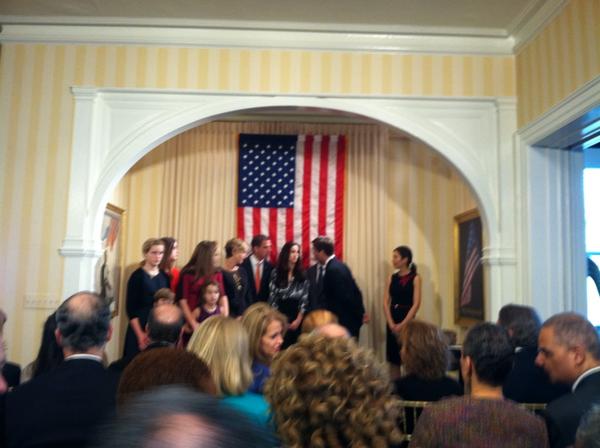 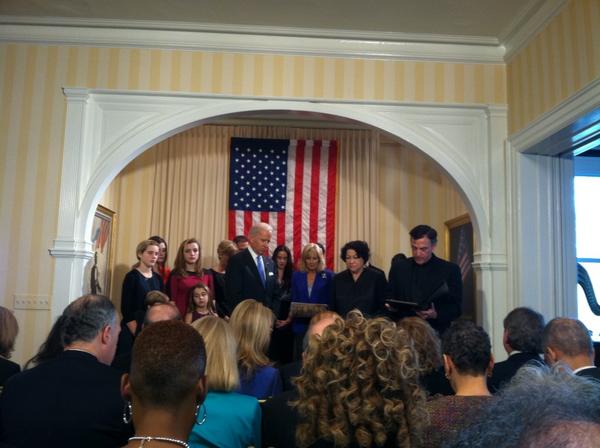 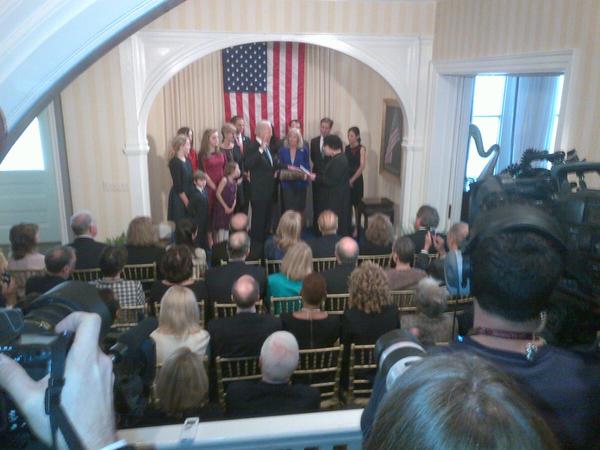 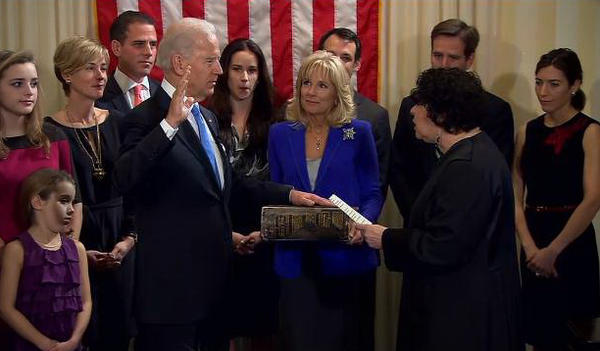 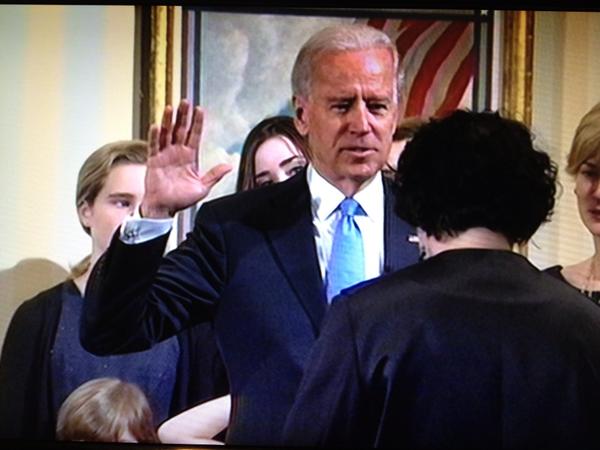 Watching VP Joe Biden being sworn in again. Great man – America & Obama both lucky to have him in high office. #inauguration

Four more years … of gaffes. So, there’s that?

#Twitter awaits #Amtrak pix of Madame Sotomayor “@markknoller: Biden explains that Justice Sotomayor has to catch a train to NYC.

Shorter Biden: "Against all enemies, foreign and domestic. Especially Republicans."#Inaug2013

Biden has been sworn into office — it's not clear what specific swear words were used.

Biden needs to have his own reality show on CSPAN.

Joe Biden has officially been sworn in for a second term. Congratulations, Mr. Vice President.

Shockingly, the congrats did not include a picture of President Obama, for once.

Gaffetastic new tone! Biden in Va.: ‘They’re going to put you back in chains,’ ‘We can win NC again’

Gaffe-tastic: Biden totally gets why people voted for a felon over Obama in W. Va.

This tyranny must not stand: #FreeJoeBiden from his chains