The media world is abuzz with the news that Qatar-based Al-Jazeera is finalizing a deal to acquire Current TV.

After years of trying, Al Jazeera is buying its way into American homes. A huge moment for the Qatar-based news giant. http://t.co/3tR6XlgE

If deal closes (and I think it will today), Current TV will remain on the air for about 3 months. Then Al Jazeera comes on.

So … Current TV. Where have we heard that name before? Oh yeah.

They must really like all those "Who killed Tupac" shows RT @brianstelter: BREAKING: Al Jazeera is finalizing a deal over Current TV.

Under Al Jazeera, Jen Granholm will not be allowed to get stoned any more. Well, at least not THAT way.

So content will stay the same. RT @brianstelter: BREAKING: Al Jazeera is finalizing a deal to take over Current TV. http://t.co/2D4uvbOz

Yes, but now it can have zero viewers on an even bigger scale!

Al Jazeera to buy Current TV in an attempt to reach the millions of households who didn't realize they had Current TV.

And that’s not all that’s going to change:

So it will become more pro-Israel? // Al Jazeera is finalizing a deal to take over Current TV. http://t.co/nqXy2EcR

Al Jazeera's Current TV: Now With Slightly Less Israel-Bashing, Believe It Or Not

Conservatives couldn't have come up with a better parody than having Al Jazeera by Current TV.

There is soooo much potential here …

Countdown (Until We Hang the Gays) With Keith Olbermann #CurrentAlJazeeraShowPitches

Stringing Up the Kardashians #CurrentAlJazeeraShowPitches

Say Yes to the Burqa #CurrentAlJazeeraShowPitches

How I Met Your Mothers #CurrentAlJazeeraShowPitches

Time Warner had said it would be dropping the channel as soon as possible, and it wasn’t kidding. Seriously, who knew the cable company could act that quickly when it wanted to?

Wow Current TV has already been removed from Time Warner Cable. Replaced with this message: pic.twitter.com/huOQgvp8 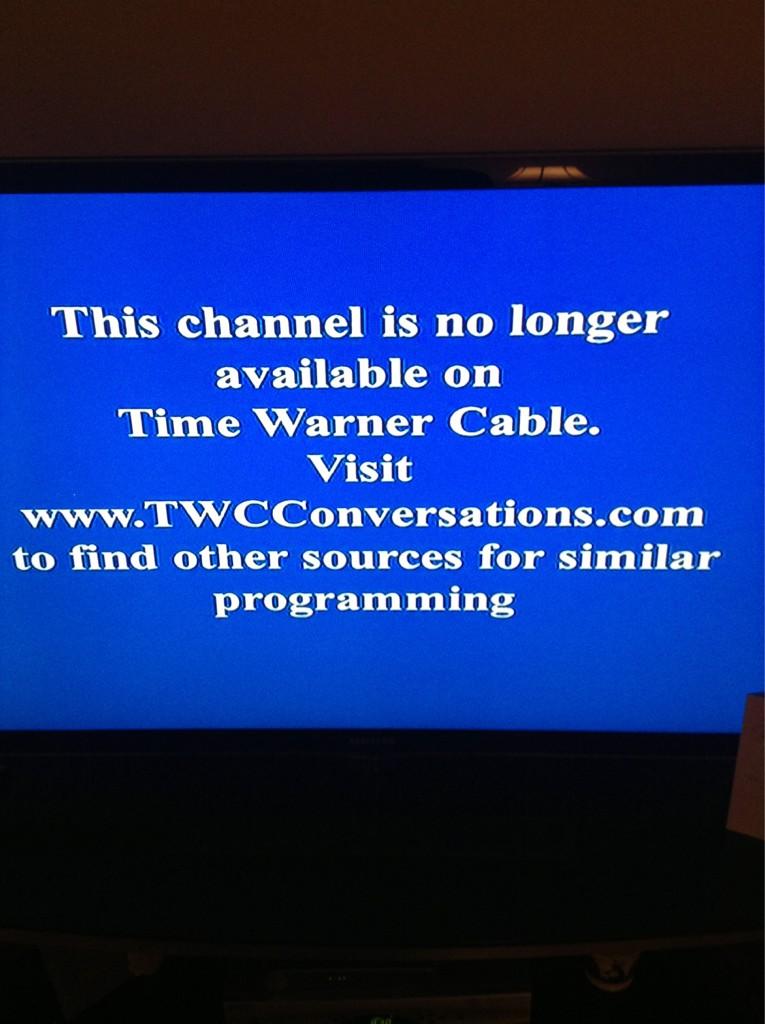