WHOA! Biden actually gets something RIGHT – too bad (for him) it’s a serious dig at Obama…

Obama mentions himself 63 times in speech at funeral for Sen Inouye. His arrogance knows no bounds. Pride cometh before the fall.

All About Him! Obama spends 10 minutes relecting on himself during Daniel Inouye's Funeral http://t.co/HvYnx6YK

It was such a disgusting display, that even Slate had to make note of it. When you’ve lost Slate …

Pres. Obama's all-about-himself eulogy of Sen. Daniel Inouye was too much even for this http://t.co/s112NN8m writer:http://t.co/rvE0nORN

Barack Obama flew to Hawaii this week after fiscal-cliff negotiations stalled, in part for a Christmas vacation, and in part to attend the memorial service for the late Senator Daniel Inouye.  Obama offered a eulogy for Inouye, which usually means offering insights into the deceased’s life and character.  Instead, as is Obama’s wont, he talked more about himself than the man whose life was supposed to be the center of attention.

Even Slate noticed the problem, and blasted Obama for his narcissistic streak …

The Slate article referred to President Obama’s “bizarre twirl around his own personal Kodak carousel” and suggested that someone ought to tell the president that “his own birth is not Year One, the date around which all other events are understood. “

Twitchy readers know this is par for the course. Here are just a few examples of Obama’s narcissistic laser-like focus on himself.

That is just the tip of the titanic ego iceberg! The latest? Take a look at this from The White House Twitter feed.

"We remember a man who inspired all of us with his courage" -President Obama on Senator Inouye: http://t.co/b2ed7cYy pic.twitter.com/tHBLobr9 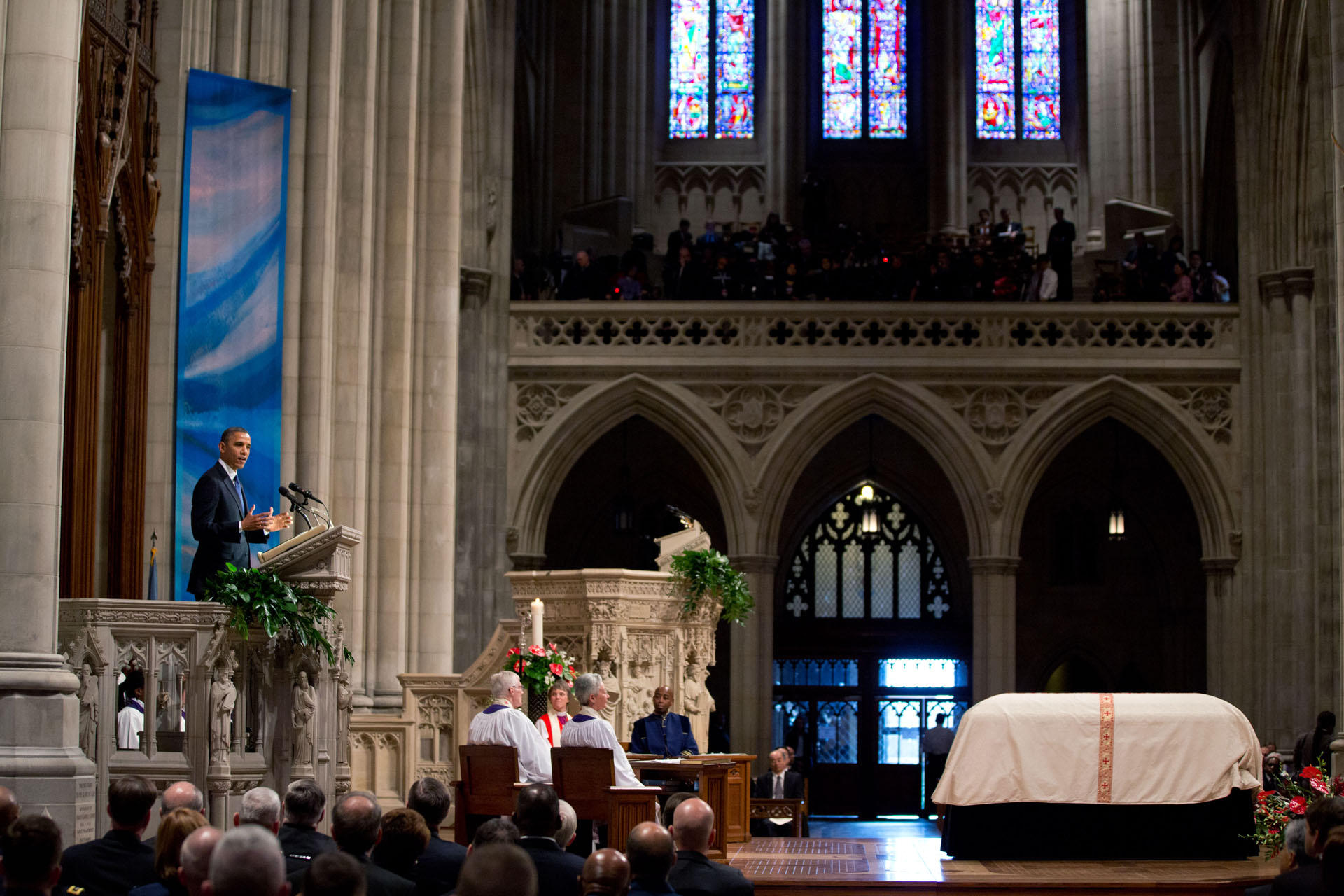 "And that reminds me of me." MT @whitehouse "We remember a man who inspired all of us with his courage" -President Obama on Senator Inouye

President Obama is attending another service in Hawaii today.

Pres. Obama is on his way to the memorial service for Senator Inouye. It has not been announced if the POTUS will speak at the service.

Perhaps this time he will have some dignity and exhibit some class.

Don't ruin this one too, O. MT @CivilBeat Obama & Michelle have arrived at Punchbowl for #Inouye's memorial service. http://t.co/fj1ZXV8G

Where’s NBC News’ apology to Miguel Almaguer for suspending him over report on Paul Pelosi attack?

WaPo studies George Santos’ history of stealth-editing his bio (are they looking for some pointers?)