The scene above is a phenomenon sweeping across the heartland. The White House is finally responsible for a stimulus that works.  The nationwide gun-buying frenzy? Gun buyers say President Obama built that:

#Obama 2012 gun industry Man of the Year. Gun store inventories have sold out in 3 days. When will they learn its them we fear. #foxnews

just spoke with a gun store owner in CT: "It’s a pretty well known fact that Obama is the best gun salesman we’ve ever had"

Never thought id find myself waiting outside a gun store for them to open black friday style. Hahaha whatever thanks @BarackObama

The shelves are emptying fast:

I just left my local gun store this is what's left now… http://t.co/EAOIq5Yp

Our son went looking for a gun today. Virtually every single store is empty as the Hostess Twinke shelves. Bullets? Shelves are bare as….

The lines are long and out the door:

Friend reports long lines at local Miami gun store. There were 30 people ahead of him in line. $RGR $SWHC pic.twitter.com/AKwAjmCG 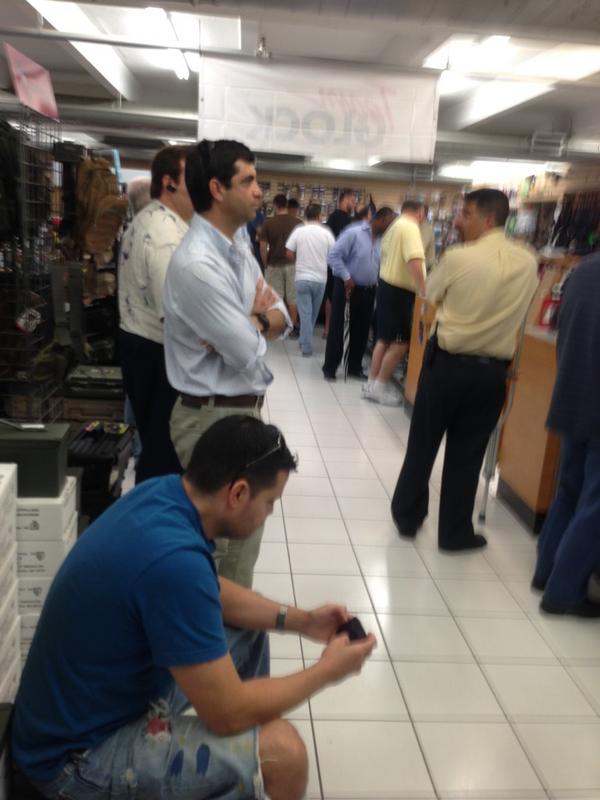 The local gun shop parking lot was full with a line on the road for people to drive in. #2ndAmendment #WakeUp

From Pennsylvania to Florida to Illinois to Texas to Utah and all points in between and beyond, gun stores are packed: 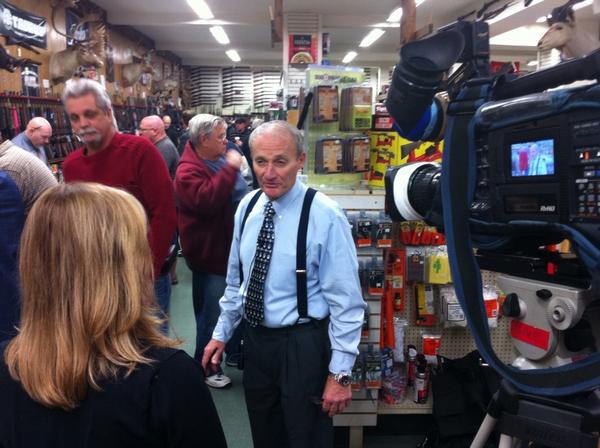 Went in a gun store today. Store was packed! Long line all the way outside door. Was the only black person. Was completely ignored.

My husband is the manager at a local gun store/shooting range. Today was another recordbreaking sales day for them.

Today,I stopped in at a mom and pop gun store just south of Chicago. There has been a run on the place! They were out of everything!

If you want to see what a grocery store looks like prior to a hurricane, drop by your local gun store today. Bare walls and lines.

There are LINES at the gun store in Birmingham, Alabama.

At a local gun store…and there is literally a line out the door.

@LibertyLynx was at a gun store in Franklin, TN today. Line at the door waiting for opening. Lots of clips and ARs purchased. Was a frenzy

I was off work for 3 days from 12/14 and came back to the gun store to find nearly empty shelves. We are nearly out of guns!.

Went into my favorite gun store today and rifle shelves for ARs and AKs were completely empty. Discount ammo store wiped out. #nobama

Soo this gun store in Dallas is crowded as fuuuudge

I just left my local gun store 2pm on a wed and it was packed! This anti-gun hysteria is just the boost local family owned business needed!

Just got back from a local gun store. IT WAS PACKED. You couldn't move in there. They still had half a dozen AR-15's but no .308's

At Vances Gun Supply Store and not only is the place packed, but there are no less than 10 Cops here buying fire arms…. #interesting

Bottom line: Americans are serious about self-defense and unapologetic about exercising their Second Amendment rights while they still have them.