Whew! Sandra Fluke avoided having to accept such a sexist award; she was nominated for “Person of the Year” as well. Alas, she lost out to the participation ribbon president. Twitter, as always, predicted this “gutsy call.”

definitely RT @MattMackowiak Prediction: Time's Person of the Year will be President Obama.

And so they did.

Barack Obama is Time's person of the year. Obvious, yes, but makes sense. Wonder if mag would have picked Romney had he won.

So proud the love of my life made person of the year again!

TIME Person of the Year is President Obama http://t.co/nvOD8PNp

I ABSOLUTELY LOVE that Obama was voted Time's person of the year!!

Classic cover. Love it. RT @GlobalGrind YES HE CAN! Barack Obama is TIME magazine's person of the year! pic.twitter.com/dD7yBhHy 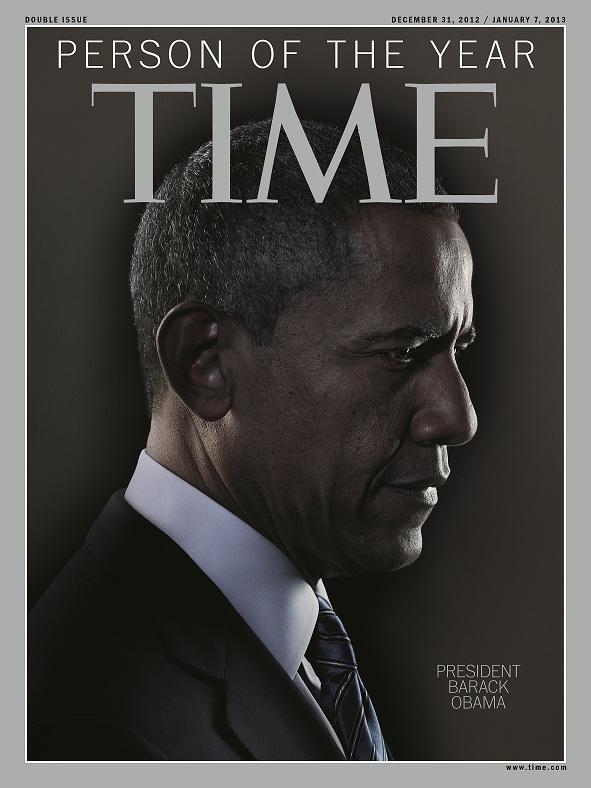 But, wait … some aren’t so thrilled with the cover. Because, racist.

@TIME I absolutely hate to photo Time chose to use of President Obama for his #PersonoftheYear Cover. Why? It seems sinister and dark.

The Time POTY cover of Obama has some OJ-Simpson-on-Newsweek levels of skin darkening. Is it a photo illustration? http://t.co/stJ1ScmO

The sane have a different take.

It could have been worse? So, there’s that? Look who was considered:

Egyptian President Mohamed Morsi is a runner-up in @TIME Person of the Year. Photograph by Nadav Kander pic.twitter.com/7EHmoTxV

The mocking by the sane continues.

What a shock. The love fest continues.

Safe bet: they're angling for the Golden Kneepad Award. RT @MattMackowiak: Prediction: Time's Person of the Year will be President Obama.

Obama wins Time Person of the Yr as 'architect of new America.' So 8% unemployment and $16 trillion debt is now worthy of an award. #POTY

Hmm. Time gives the award to “the person or persons who most affected the news and our lives, for good or ill.” Maybe it was deserved, if going with the “for ill” criterion. Still, most consider this a predictable, big snooze.

Just when I thought Time could never top "You" as their least-inspired choice for "Person of the Year"…they managed.

"I wonder who Time's Person of the Year is?" #ThingsPeopleSaidin1974