As Twitchy reported, gun control activists spent the weekend gearing up for a D.C. protest against the NRA. Today’s march, organized by left-wing wireless reseller CREDO Mobile, was meant to shame the NRA into accepting guilt for last week’s horrific murders in Newtown, Conn., and to push for tougher gun control legislation. 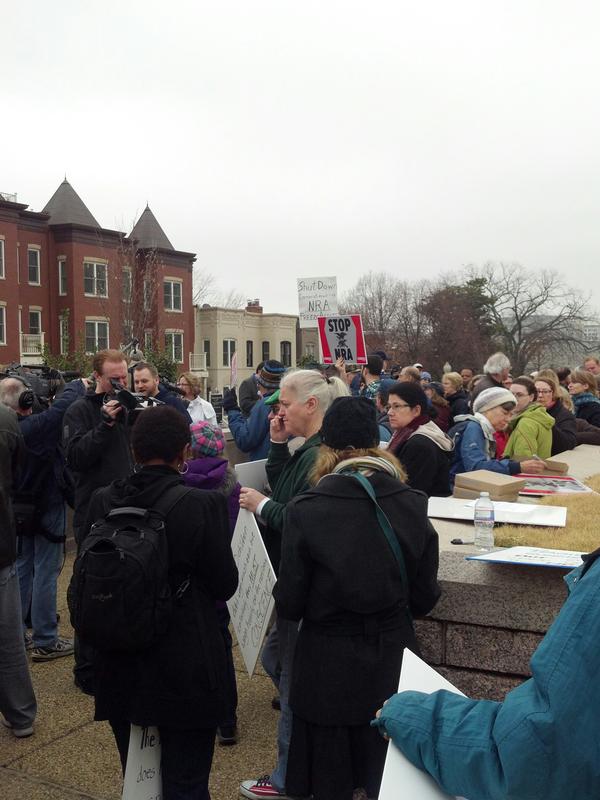 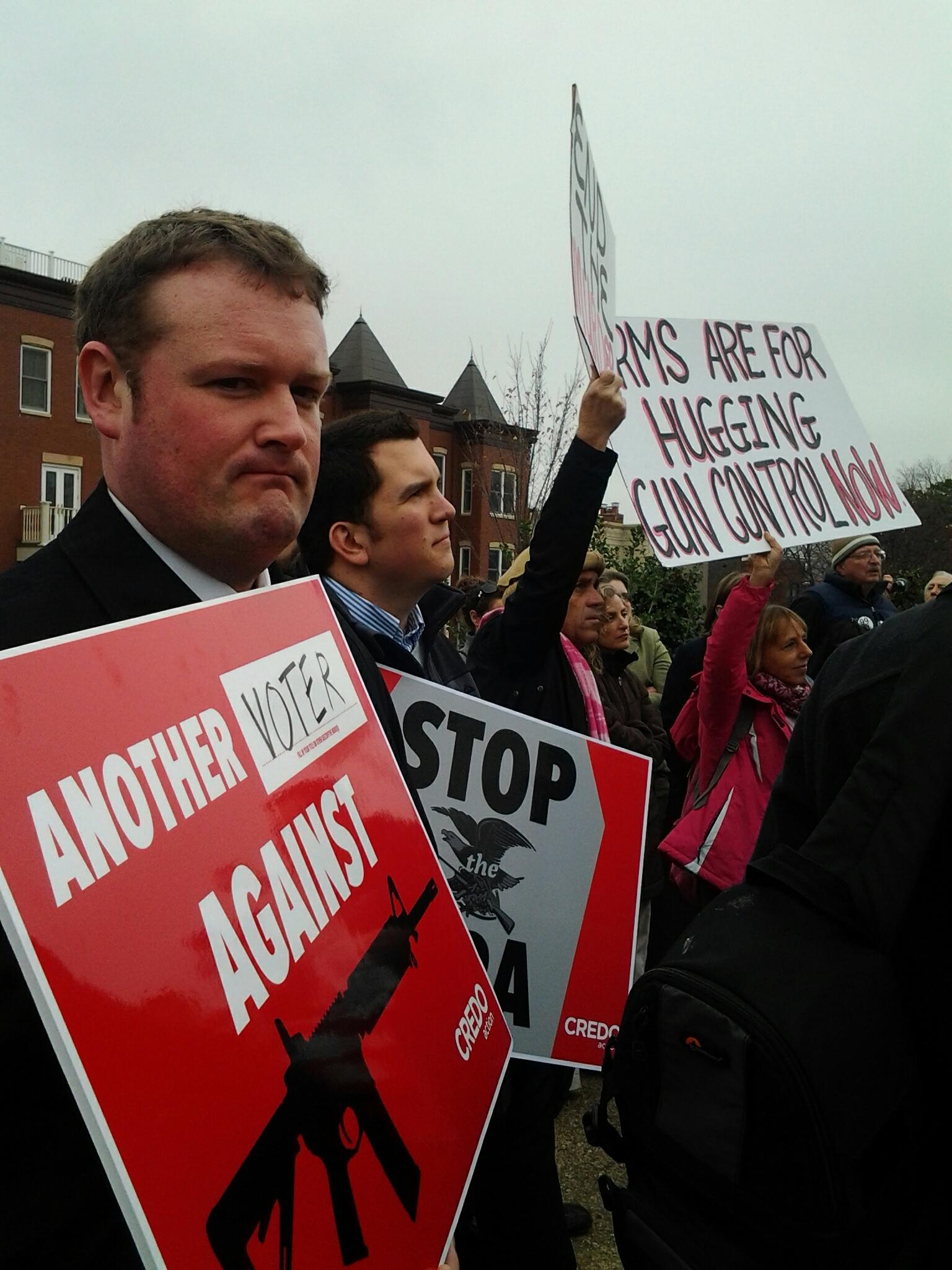 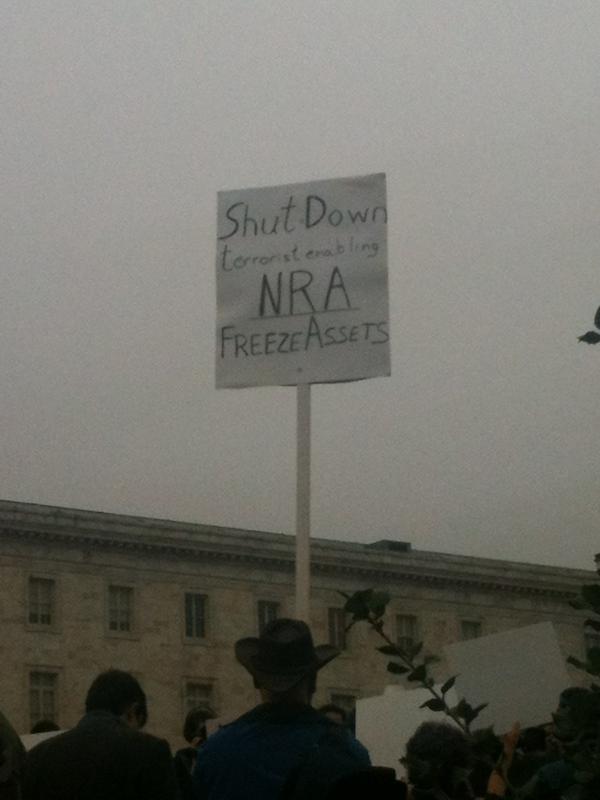 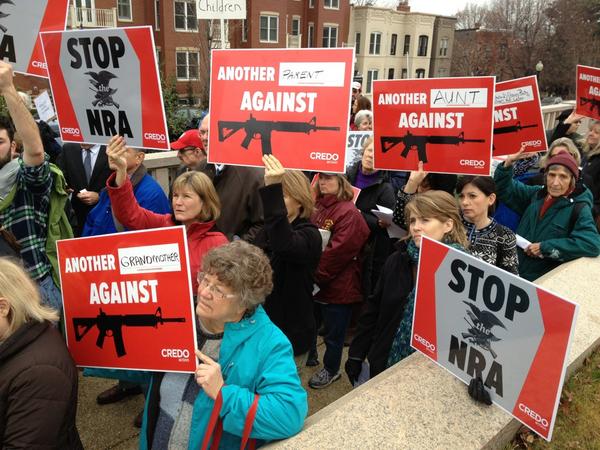 Great protest sign outside the NRA's lobbying offices: “Teachers stand up to gunmen, but Congress won’t stand up to the NRA”

There are almost as many reporters as activists at this #NRA protest… pic.twitter.com/gnOX5ZtU 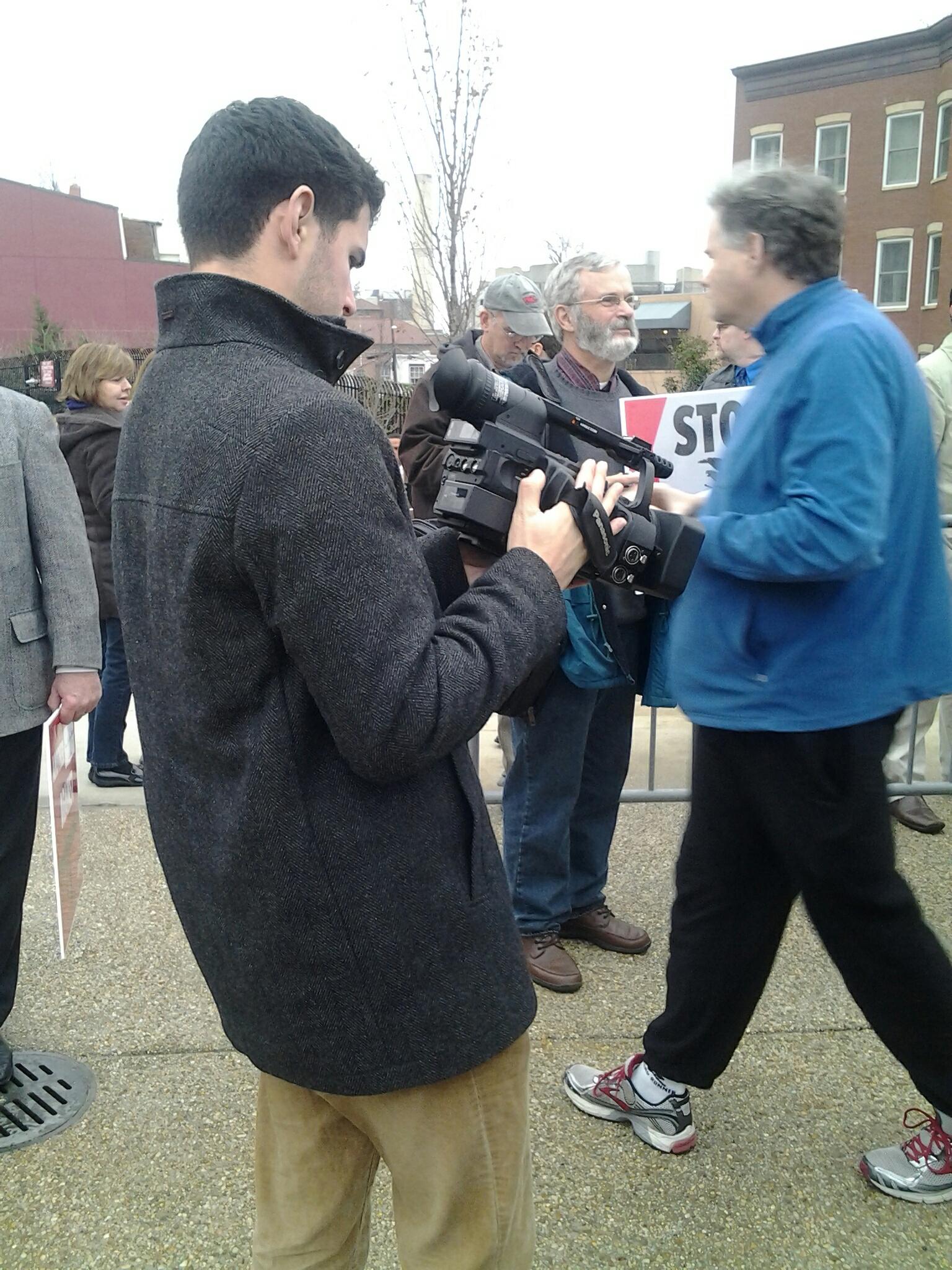 I see decent numbers at the NRA "protest" today via twitter…but it's not huge.

Just how many protesters did show up? Some estimate about 200:

So, less than muppett march? MT @dcist: Some 200 gun control advocates rallied outside the NRA-ILA office on Capitol Hill this afternoon.

But Politico puts the number at a whopping 75:

ONLY 75 ANTI 2A PROTESTERS SHOW UP FOR MARCH ON NRA OFFICE IN D.C.

Prior to the march, some were rightly concerned about the safety of those at the NRA headquarters, as death threats against NRA president David Keene and NRA members have escalated in recent days. Fortunately, regardless of how many people were there, the protest remained violence-free.

But is the protesters’ anti-violence message really all it’s cracked up to be?

I truly don't get the tortured logic of gun control advocates. Restricting the innocent will never stop the guilty; it will empower them.

Prohibiting self-defense only weakens those who need it.

Meanwhile, it doesn’t seem as though the protesters were terribly successful in getting their message across:

Protest at the NRA on The Hill. There was a gentleman in attendance w/ a dog dressed in a pink tutu. At least there wasn't a drum circle.