As Twitchy reported, those who knew Adam Lanza said they weren’t surprised to hear his name mentioned in connection with the mass shooting at Sandy Hook Elementary School. Those who knew the school’s principal, though, say they’re not at all surprised to read reports that Dawn Hochsprung was killed in an attempt to overtake the gunman.

Hochsprung, 47, was the mother and stepmother of 5 girls and joined Sandy Hook as principal in 2010. As with teacher Vicki Soto, she is being hailed as a hero for lunging at the shooter in an attempt to save lives.

#Hero school principal Dawn Hochsprung died lunging at the gunman as she tried to overtake him.

Headteacher Dawn Hochsprung died after attempting to tackle the gunman at the school in Connecticut, hero. RIP.

dawn hochsprung and victoria soto gave their lives to protect their students. in all this ugly tragedy let's not forget their sacrifice.

Spare a thought for Dawn Hochsprung the Head Teacher who died trying to protect the children from the mad gunman in the US. A SAINT!

Rest in Peace Principal Dawn Hochsprung..you are a hero who put your children first. #DawnHochsprung

A true hero, risked her own life to save kids. What an amazing person Dawn Hochsprung was. #americanhero

Dawn Hochsprung loved her school. Looking through her twitter page (@DHochsprung) is heartbreaking

Just two days earlier, Hochsprung had tweeted a photo of rehearsals for the school’s winter concert. 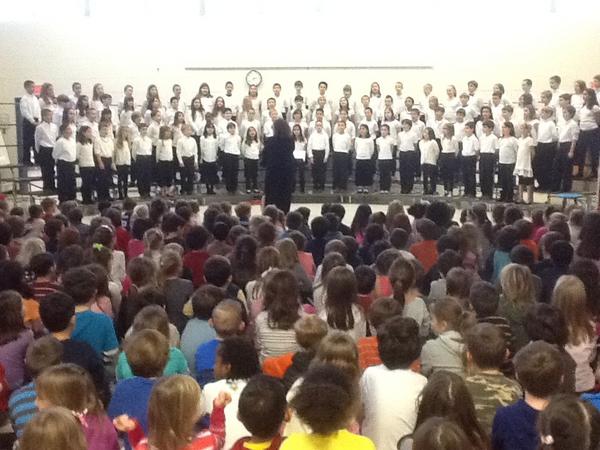 24 hrs ago, I was at Sandy Hook Elementary School Holiday Concert. Pure innocence, now shattered. Impact of today setting in… So, so sad

We at Twitchy send our prayers to the friends and especially the family of Dawn Hochsprung.

.@time has not yet named the person of the year. Late nomination for the teachers and staff at Sandy Hook elementary school?