In a press conference, state medical examiner H. Wayne Carver has said that the children killed Friday at Sandy Hook Elementary School in Newtown, Conn., were shot multiple times each, confirming what many had already feared. 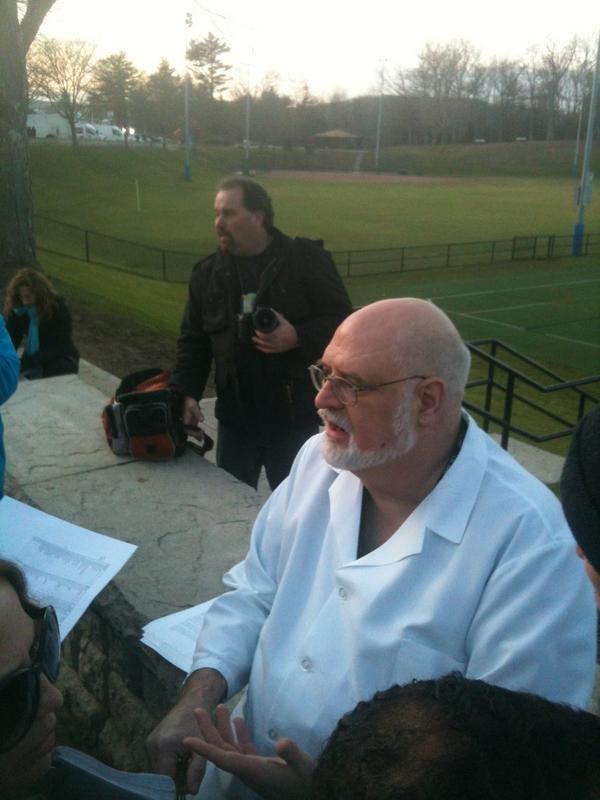 The Medical Examiner said all the victims were shot more than once and that he used a semi-automatic to kill them all.

Asked if victims suffered, medical examiner said, "If so, not for very long." #Newtown

Just watched the medical examiner presser. He autopsied 7 victims that had 3 to 11 wounds per child. ELEVEN! This was unfathomable savagery

Clint Van Zant choking up on @MSNBC. Yeah buddy. The medical examiner's press conference shook me up. To the core.

Many watching live were shocked not as much by the news but by the demeanor of the medical examiner.

This medical examiner is super weird. I guess maybe that goes with the territory.

I'm sorry but this medical examiner is a disgrace! Get him off tv now!! Cold n emotionless! Ban him from interviews,that was brutal!

Really disgusted by this medical examiner's showboating behaviour – he should be kept well away from cameras in future. #Newtown

Leave it to the pros, right? MT @piersmorgan Really disgusted by this medical examiner's showboating behaviour

@piersmorgan He's dealt with 20 dead first graders over the last 24 hours. Maybe we shouldn't judge his on camera skills.

@piersmorgan He spends his days with corpses rather than TV cameras.

.@piersmorgan could you be any less self aware?

@piersmorgan In short: I'm trying to give him the benefit of the doubt. He has a horribly difficult job, especially today

@piersmorgan I dare say we would do as bad a job at his table as he did at your cameras.

Others find it difficult to criticize someone who has just completed the job that Carver did.

Laughter is commonly used as a coping mechanism. The CT Medical Examiner bore witness to 20 brutally shot child bodies. Difficult for anyone

Leave the medical examiner alone! You ever hear of being nervous? Do you realize what he just had to do? I guess people can't be nervous now

before ya'll get all over the medical examiner for his tv appearance – think for 1 sec what that man has had to endure for >24hrs. sheesh.

While emotions run high, it’s hard to imagine what Carver has seen inside Sandy Hook Elementary. The scene was so horrible, in fact, that not even parents have been allowed to view it.

Medical Examiner: Families identified children via pictures. They did not have to view bodies in person #Newtown