As Twitchy reported, ghoulish lefties immediately jumped on the opportunity to politicize this morning’s tragic school shooting in Newtown, Connecticut, that left nearly 30 people dead, most of whom were children. Now, right on cue, ignorant liberal celebrity vultures are swooping in to turn the tragedy into a gun control soapbox:

Past time!!! RT @sacca: 27 dead in a school shooting. 14 of them are kids. So tell me again, when are we allowed to talk about gun control?

Gun control is no longer debatable- it's not a 'conversation'- It's a moral mandate. '

The mission of your second term just arrived covered in blood, @BarackObama. If Congress gets in your way, we'll throw them out. #enough

RT @MiaFarrow: Gun control is no longer debatable- it's not a 'conversation'- It's a moral mandate. ' / YES. The time is now.

ok so….is now that time to have "the conversation"? 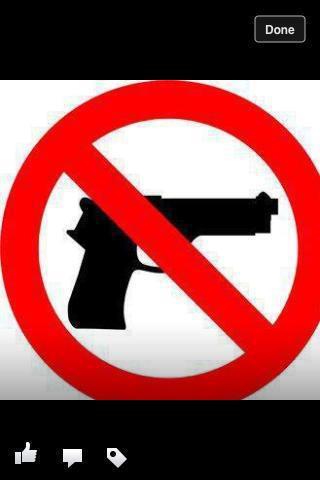 Can't wait for the NRA to come running out in defense of fire arms. Again.

What kind of nut case would shoot children at an elementary school and, a week before Christmas? A major nut case with a gun.

We can't limit the crazy people in the world, but we can limit what they have access to.

Just landed 2 news of a school shtg in CT! how many times cn we hear politicians say we r all shocked and saddened 2day,then do nothing

GUN CONTROL. A Glock and a Sig Sauer aren't for hunting deer and they won't protect 'We the people' from a drone attack.

So sad to hear about babies being shot in America. The poor families. When will they outlaw firearms?

My sentiments exactly. GUN CONTROL!!! Get guns out of killers hands pic.twitter.com/maMLQ78v

The 2nd amendment doesn't mention automatic weapons or mindless slaughter, maybe a review would be useful….?

The rights of those who own and use guns within legal parameters are not worth the lives wasted by those who do not.

Today is NOT the day to talk about gun control, Today is the day to finally DO SOMETHING about it! http://t.co/kb6EZ3kL PLS RETWEET #Newtown

Its gonna b hard to b funny today with a heavy heart over school shootings. No more guns! Enough tragedy!

OMG!! My prayers go out to all of the families affected by the school shooting in Connecticut!!My heart aches!! WHY?? #GuncontrolASAP

How many times do thoughts&prayers have 2go out 2victims &their families b4 something gets done about gun violence in this country? #newtown

it's too easy for a monster to get a gun. solution: NO ONE GETS GUNS. sorry if this is an inconvenience for your complete need to have one.

Look at that number of dead kids and their teachers and tell me with a straight fucking face our laws are currently fine the way they are.

Gun control is our only road to freedom. Freedom from the fear of senselessly losing children. I'm so saddened. WE NEED LAWS NOW.

Gun lovers are the first to remind you this should be a "day of mourning". How about we mourn & make it harder to get guns on the same day?

My heart breaks for the victims & community of Newtown. Impossible to grasp. Guns need to be banned & illegal sales need harsher punishment!

So who is going to tell BOB COSTAS that he was wrong calling for gun sanity?

Guns do nothing but encourage paranoid lunacy, arm fools and criminals, and rain grief and destruction down on the innocent.

Heart aching over Connecticut. This doesn't happen when people go nuts in Japan or UK because Americans are over-armed. We need to disarm!

We have to unite as a country and BAN assault weapons …. NO private party needs a semi automatic … This has to stop !!

If this tragedy doesn't change something in this country regarding guns…I just want to scream and cry. Deeply saddened. Praying.

Sick over what happened in the world this week. We need better gun laws. My heart goes out to all those affected by the horrors.

When do we get to seriously talk about gun control?

@IAMJHUD for sure . Pray and take action.. Another WAKE UP for guns.

Hey people who govern: You know how afraid you are of the NRA? That's NOTHING compared to the fear every parent shares today!

Where is the love [?] I can't believe this type of evil can happen…why would anyone kill children???…#protectchildrennotguns

Explain the whole reason we need to have guns again? Just explain once more. I'm stupid. Somebody? Anybody?

Our weekly mass shootings aren't happening in other countries. And this time, children? WHEN WILL OUR "LEADERS" PUT AN END TO THIS INSANITY?

A country that does nothing about gun control while witnessing the mass killings of innocent precious life, MUST wake up! Shattered.

Shocked and saddened by what happened today in Connecticut. We have to stop the access to guns in our country.

I'm appalled by today's shooting. The only reasonable reaction is to completely overhaul gun control policy. Anything else is disgraceful.

Fuck the NRA and the cowardly politicians who refuse to do a single goddamn thing about gun violence in America.

Yeah, I'll wade right the fuck into this: MORE gun control, MORE mental health services. It's no longer a debate. Never was. #newtown

I know everybody's sending prayers out now but when will we get beyond prayers and get to real, effective action?

I love how Americans think gun control, universal health care, etc, are SO TERRIBLE but they work so well in every other developed country.

For crying out loud.. Why not at least try gun control for some time and see if it works? We can always go back!

HOW MANY TIMES DO WE HAVE 2 HEAR"GUNMAN KILLS"FK The NRA !
THEY PUT MONEY ABOVE YOUR CHILDREN'S LIVES.GUNS KILL PEOPLE,LITTLE INNOCENT 1'S

Sorry but prayers and giving your kids hugs fix nothing; only having the balls to stand up to our insane selfish gun culture will.

These people are absolutely shameless. While they choose to exploit this horrific tragedy, we will continue to pray for the victims and their families.