As Twitchy reported, Susan Rice has apparently withdrawn her name from consideration for Secretary of State. Despite the litany of legitimate reasons Republicans and conservatives had to oppose her nomination, lefty pearl-clutchers are seizing on sexism and racism as the cause for her withdrawal:

Disappointed Amb. Rice, such a well qualified woman of color, would be denied a fair shot @ Sec State based on unfounded political attacks.

The boys network is alive and well. The war on qualified women continues here in Washington, DC. I am not going to stand down.

Looks like the intersection of racism and sexism to me. #Rice.

There is a major theme in the attacks against Rice, the President, and holder.#Racism

Dr #Rice Will Keep her Present Position But will not accept nomination/Secretary of State because of Harassment (Sexism & Racism). #Bullying

@jonathanalter Every word coming out of ur mouth is irritating the hell out of me! This was a racist, sexist bunch of B.S. w/#Rice.

@randiradio Susan Rice has withdrawn her name for Sec. of State consideration. Chalk up another victory for racism.

The GOP want us to believe that they don't have a war on women, deal in racism. Susan Rice,black, articulate, smart woman.What do you think?

We think we’re fed up with identity politics.

Ppl do what they have to out of a love of country and right to withdraw from public racist attacks.So sorry Susan Rice.I rage &I understand.

indeed. RT @nmmlabs: Looks like the intersection of racism and sexism to me. #Rice.

Or misogyny. Or fucking both. RT @BuzzFeedAndrew Michael Eric Dyson saying on MSNBC that opposition to Susan Rice was because of racism.

@Hardball_Chris All GOP has done with Rice is encouraged me to keep registering voters! I am sick of suppression & racism! SICK!

@MichaelEDyson you are so in point about RICE. No one wants to talk about racism…& it's obvious this qualified woman was railroaded.

You piece of SHIT your not qualified to take out Amb.Rice trash she's smarter than you Racist Pig. I curse you, family & your Party Your Sad

Unbelievable. Is it so beyond liberal comprehension that Rice buckled because of her enormous baggage and shameful conduct with regard to Benghazi, or that she is falling on her sword for The One? If these race-mongerers would stop foaming at the mouth long enough to take off their gender and race goggles and have a look at reality, they might realize just how asinine their outrage truly is.

Perhaps ask about Condi & Colin P RT @BuzzFeedAndrew: Michael Eric Dyson saying on MSNBC that opposition to Susan Rice was because of racism

I'm sure Susan Rice's withdrawal was due to racism because the GOP would never confirm a black woman Secretary of State named Rice.

ICYMI: Remember when Republicans accused the 13 Dems who opposed Condi Rice of racism? Yeah, me neither.

@jmazzy4004 @NBCNews Where was the outrage when this guy voted against Condi Rice? pic.twitter.com/lB3JhEMG 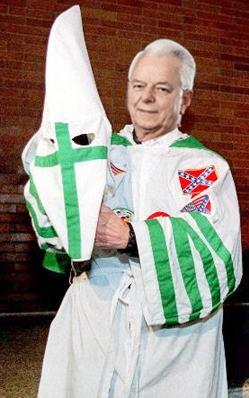 Im not joining the chorus of folks calling the crash & burn of the Rice nomination racism/sexism. Political games to the max? Absolutely.

Witch hunt, my eye! #Rice knew she was grossly incompetent, so she bowed out. Please, liberals, call us racist! #tcot

I dont think so! RT @BuzzFeedAndrewMichael Eric Dyson saying on MSNBC that opposition to Susan Rice was because of racism.

Liberals: Blacks can be scrutinized because of their RECORD, not skin color. I know it's hard for you to grasp, but you'll get it eventually

That is genuine colorblindness. Accountability is empowering. And until the Left figures that out, we’d better get used to identity politics.