After more than a week of buzz and anticipation, Pope Benedict XVI tweeted for the first time this morning. The 85-year-old pontiff’s first tweet was in English. It was sent from a tablet device and racked up over 24,000 retweets in under two hours.

The pope offered a prayer before sending his first tweet.

.@Pontifex begins with a prayer … #tweetingwhilepraying 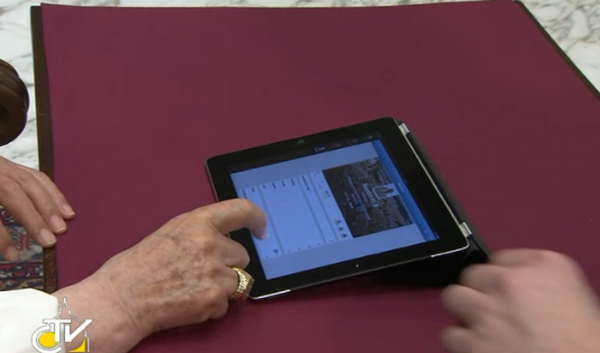 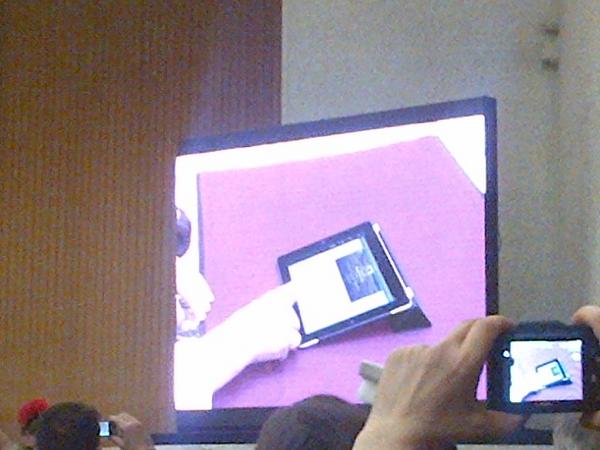 Another look at @Pontifex first tweet shows the help he had pic.twitter.com/V3vfoJoR 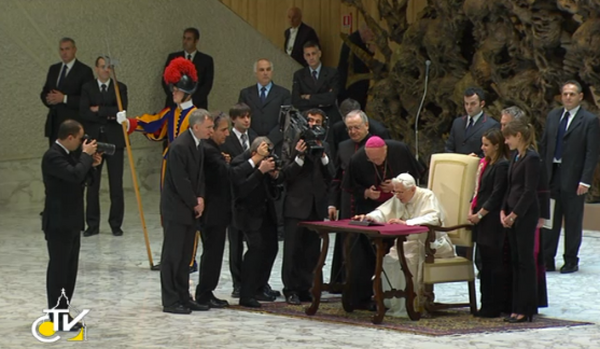 After 30 minutes @Pontifex's first tweet clocks just under 13,000 Retweets. Most celebrities, newspapers would die for such media impact.

While the pope’s first tweet was in English, he quickly followed up with tweets from his other accounts.

And predictably, the death wishes and hate weren’t far behind. The pope offered blessings to all and these are just some of the disgusting tweets he received in response.

You will burn underground @Pontifex

@Pontifex Why don't you go to fuck your fracking mother's corpse and let the children alone?

@Pontifex Piss off you paedo cunt!

.@Pontifex bless my dick in your mouth, bitch

Disgraceful. It seems these are the people most in need of the pope’s blessings.

And the hate continues with repulsive fake retweets.

RT @Pontifex: Dear little boys, I am pleased to get to touch you through Twitter. Thank you for your generous response.

The man has amazing social media reach: 31,000 retweets and counting.

The haters might scoff at the pope’s blessing, but what wouldn’t they give for a retweet?

I know most everyone says RTs don't mean endorsement, but man, that rule is going to bend if the Pope retweets you.

It’s not even noon on the East Coast and the pope’s first tweet has been retweeted more than 41,000 times.

The pope solicits your suggestions on how to be more prayerful. Based on earlier response, this should ratchet up the disgusting hate to previously unseen levels.