The latest installment of “Where’s Willard” finds Romney at a boxing match.

Romney is in the 2nd row at the Pacquiao fight. Why does this seem so strange?

Mitt Romney, of all people, front row at the MGM Grand to watch the Marquez/ Pacquiao fight. Mind blown.

"Hello, Manny. I ran for President and I lost." – quote from Mitt Romney introducing himself to Manny Pacquiao. pic.twitter.com/qLI7hgjv 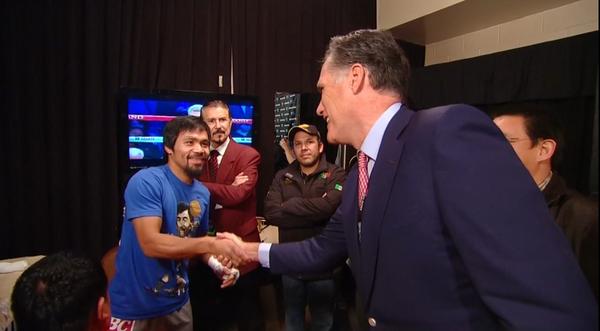 When introduced to Manny Pacquiao, Romney said this:

"Hello Manny. I ran for president. I lost," Romney told the fighter, according to Pacquiao publicist Fred Sternburg.

Twitter is buzzing over the simple and to the point introduction.

Romney met Pacquiao before the fight. Surely the libs are gonna say the loss rubbed off on him: http://t.co/2nU5lFZE

Why, yes. Yes they are. Many Twitter users are pinning a “The Brady Bunch” cousin Oliver “jinx” label on Mitt Romney, due to Pacquiao’s loss.

Did #Romney cause #Pacquiao to lose? This is how he went up to greet him; “Hi, Manny, I’m Mitt Romney. I ran for president. I lost.”

Mitt Romney apparently gave pacquiao a pep talk before the fight. oh, that's why he lost.

"Hello Manny. I ran for president. I lost," Romney to Pacquiao pre-fight… That loser vibe is contagious?! #doubtMittgoneandgreetedbefore

@AndyGlockner Pacquiao met with Mitt Romney before the fight. His fate was sealed then.

Losing presidential candidate Mitt Romney gave a prep talk to Pacquiao before the fight, no wonder he lost…

I blame Romney for this Pacquiao loss

Romney is bad luck even for boxers.Im glad Paquiao lost and the way he lost.He is very arrogant and very full of himself.

All his fault >:( RT @warriorsworld: Romney's reaction to Manny getting put to sleep pic.twitter.com/8eSlxBV8 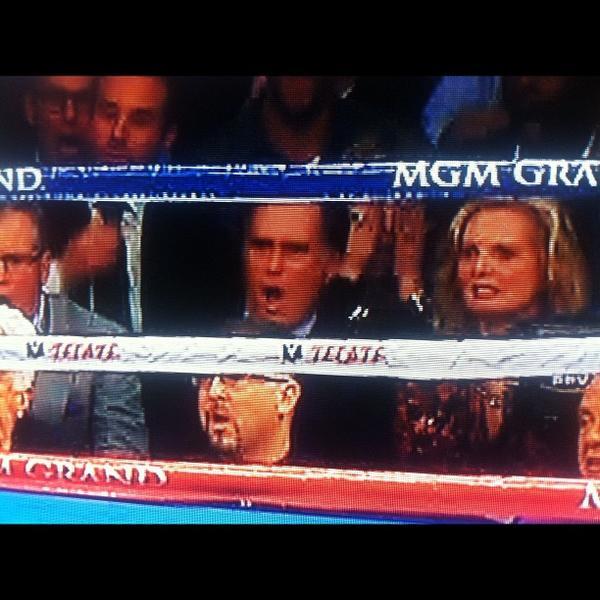 I blame Romney for bringing his loosing atmosphere towards Manny Pacqauio pic.twitter.com/lVTE3AdW 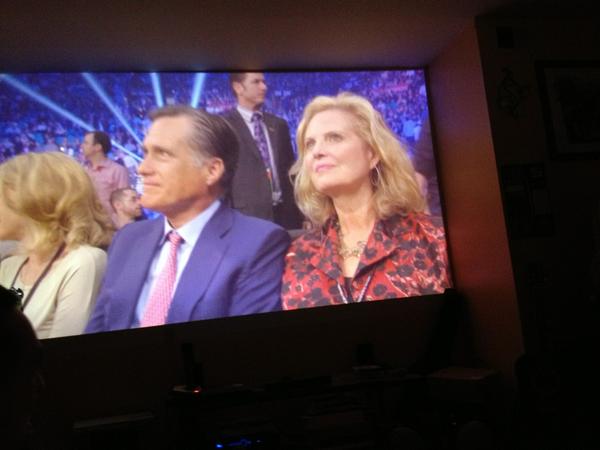 Loosing? Oh, dear. Try to get the words right, at least, when attempting to slam someone.

Others have a different take, and some advice for Romney.

If Romney talks to any press or like anybody tonight, he should say in total seriousness, "My name is Inigo Montoya."

No WORDS! Richard Dawkins taken APART by brilliant radio host for claiming children with Down syndrome ‘increase suffering in the world’ (watch)

What SHE said! Megyn Kelly’s response to Rachel Maddow melting DOWN over maskless Americans is just PERFECTION

WHOA: Obama bro and ‘van driver’ extraordinaire Tommy Vietor all but CONFIRMS Israel’s claims about Hamas being in AP building

No WORDS! Richard Dawkins taken APART by brilliant radio host for claiming children with Down syndrome ‘increase suffering in the world’ (watch)