Shocking no one, former Florida Republican governor Charlie Crist officially signed the papers to become a Democrat Friday night, proudly tweeting a photo of the event.

Proud and honored to join the Democratic Party in the home of President @BarackObama! pic.twitter.com/lQVn7DKf 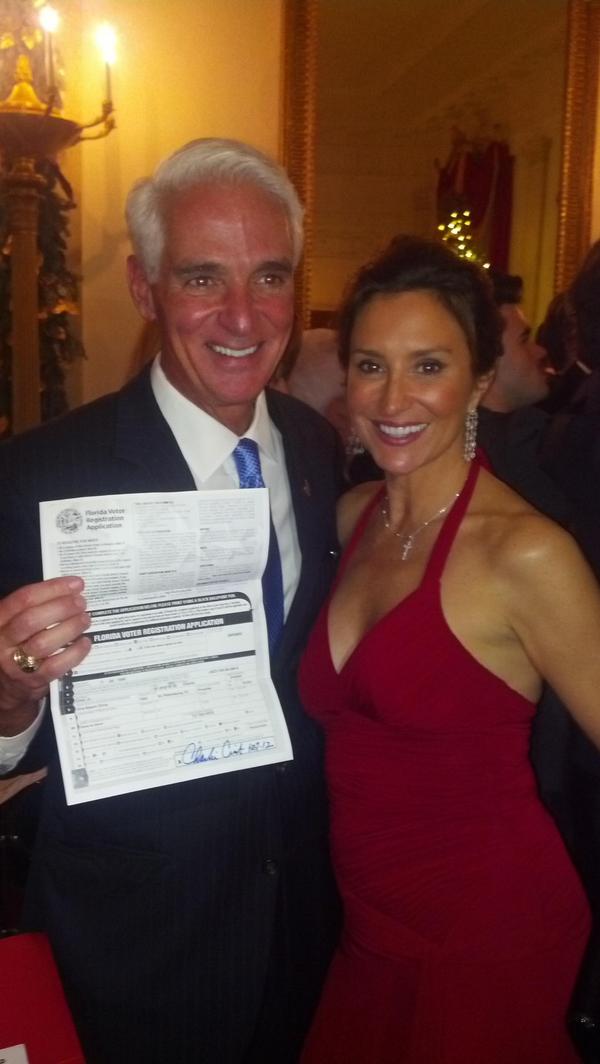 Crist signed the papers at a Christmas reception at the White House. According to the Tampa Bay Times, President Obama greeted the newly minted Democrat with a fist-bump. Crist had actively campaigned for Obama and was a featured speaker at the Democratic National Convention.

orange u happy RT @charliecristfl Proud and honored to join the Democratic Party in the home of President @BarackObama! pic.twitter.com/82fxLxdE

@charliecristfl There was a time I liked you and respected you. That just ended.

He’s out of the closet. RT @mpoppel: Former Florida Governor Charlie Crist, an Independent, tweets he has joined the Democratic Party

Waited until after O won FL RT @learyreports: Charlie Crist has become a Democrat, tweeting the news. We knew it was coming but still sudden

What does the entirely expected but long delayed change in party mean for Crist’s political future?