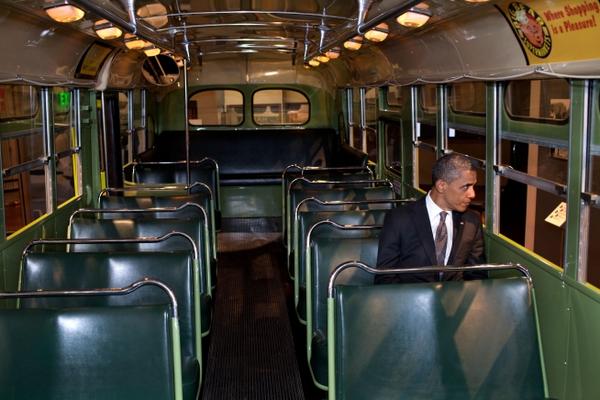 President Obama loves to insert himself in other people’s biographies. He also loves to honor people, most recently Neil Armstrong and Vice President Biden, with pictures of himself. All. About. Him. His laser-like focus never wavers from his own image.

And the narcissism continues: To honor the 57th anniversary of the day Rosa Parks refused to give up her seat on the bus, President Obama paid homage with a picture of himself.

@whitehouse God Bless Rosa Parks! Too bad she would be embarrassed by the idiot in her seat.

A personal moment, giving him to time to reflect, as always, on himself.

Rosa Parks’ history? She didn’t build that without Obama’s help. Criminy! Even honoring Rosa Parks is simply yet another reason for President Obama to stroke his own ego.

Update: Actor Adam Baldwin weighs in with the win.