Morsy started his term addressing full crowd in #Tahrir , now he is adressing a couple thousands supporters & #Tahrir is filled against him.

Tear gas is reportedly being fired at the protesters.

Marches coming into Tahrir starting to fill up square. Some chanting down with regime of Brotherhood pic.twitter.com/WKwMKVLC 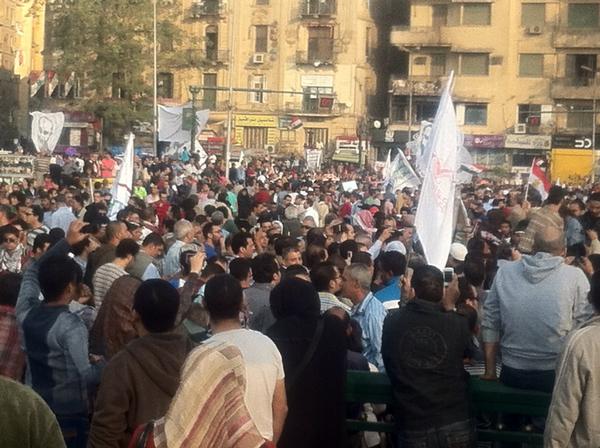 "Morsi is bad morsi is bad" people say in #tahrir

"Eyes of Freedom Mohamed Mahmud" poster chants of Down with Morsi rule in #tahrir #egypt pic.twitter.com/6cLHFcpk 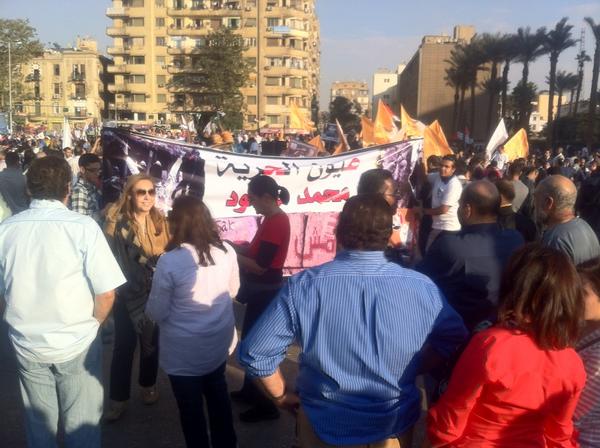 Social Democrats chanting " there is no freedom without blood" #tahrir #Egypt

Two protesters in #Tahrir who say they are from Morsi's governorate say "Morsi is bad" they like Shafiq. #Egypt

A sign in front of Mohamed Mahmoud street off of #Tahrir says "It is forbidden for the Brotherhood to enter." #egypt

Protester in #Tahrir says "Mr. Obama you must support democracy, you support a dictator." #Egypt

That "brothers forbidden to enter" sign in #Tahrir, this morning. pic.twitter.com/sVbKKsad 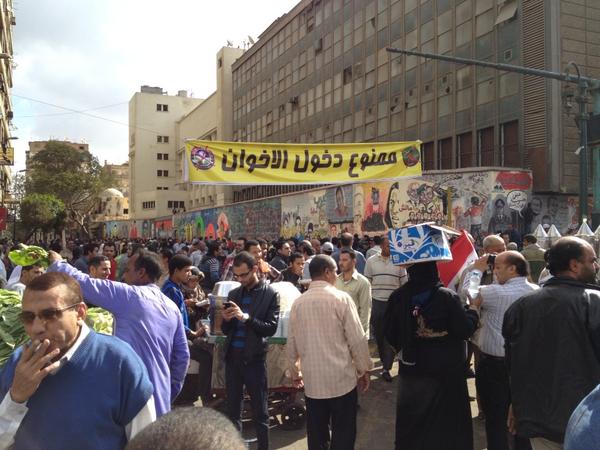 Thousands on Tahrir shouting 'the people wants the end of the regime/brotherhood. In Arabic nizam/ikhwan. pic.twitter.com/Wrpbb64f 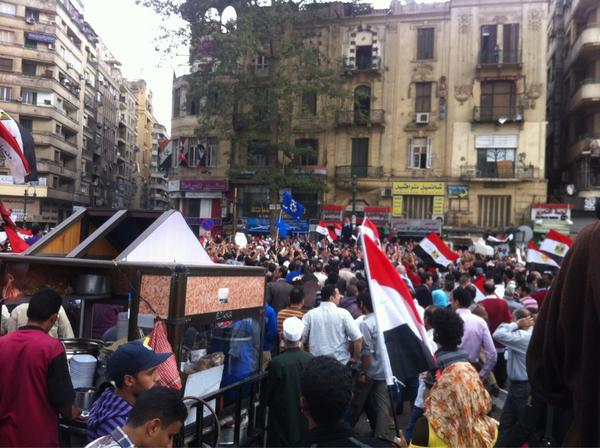 Protesters in #Tahrir calling for Morsy to "leave." pic.twitter.com/UXEVUmhr 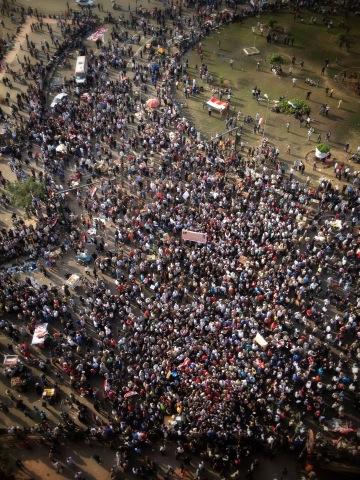 Via BuzzFeed, the Muslim Brotherhood took to Twitter on Thanksgiving Day to defend Morsi’s power grab.

President's decisions are all directed towards achieving justice, ending corruption and fulfilling the goals of #Jan25 revolution

Bottom line: majority of ordinary Egyptians whose life will be improved by pres decisions will support him, political rivals will oppose

Twitchy will monitor the protest and update with breaking details.

Though night has fallen, the protests continue:

There are also reports of sexual assaults on female protesters.