Reports of celebratory gunfire are coming in from Gaza after terrorists bombed a civilian bus in Tel Aviv today.

We are seeing reports out of Gaza that Hamas is celebrating the fact that a bomb exploded on a bus this afternoon in Tel Aviv.

Am sure when they stop the celebratory gunfire in Gaza they'll be disappointed that 1. Wasn't a suicide bomber 2. No death toll #deathcult

Two bombs were planted on a bus near the Ministry of Defense, but only one exploded. It appears civilians were the target; injuries range from moderate to severe. Some ceasefire, huh? 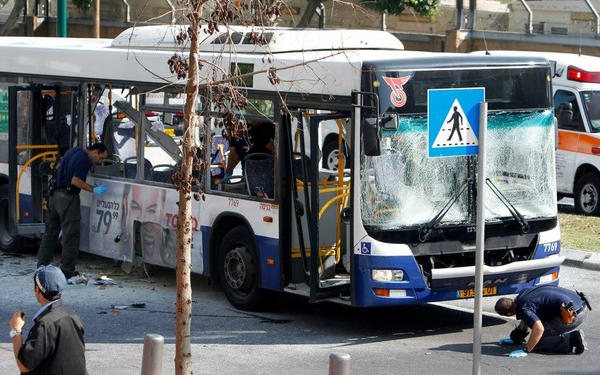 At scene of bus bomb in #TelAviv #israel Witnesses say man climbed on bus and threw bomb on board http://t.co/QjA865Vq

The target of the terrorist bombing was a regular metro bus and its civilian passengers, not the Israeli Ministry of Defense.

Another bomb,which did not explode,was found on the bombed bus in Tel Aviv. The police is combing the area for the terrorist who planted it.

MDA: all of the wounded were evacuated to a nearby hospital.

There are reports that Hamas took credit for the attack, but wrongly called it a suicide bombing.

Hamas took credit for 'suicide bomber' before finding out their guy chickened out and just tossed bomb on moving bus. No virgins for him.

Shortly after the attack, Hamas tweeted:

More images from the scene in Tel Aviv:

FIRST PICTURES: 15 injured, including 3 in critical state, bombing of a bus in Tel Aviv http://t.co/FdHj2bN6 pic.twitter.com/oSBnKZpq 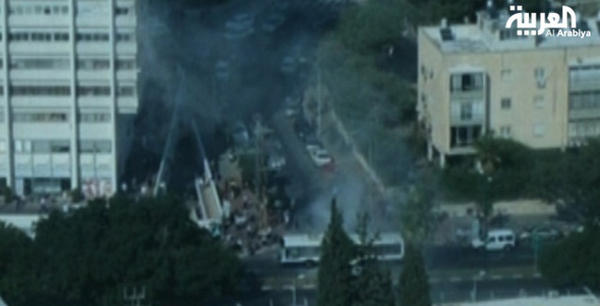 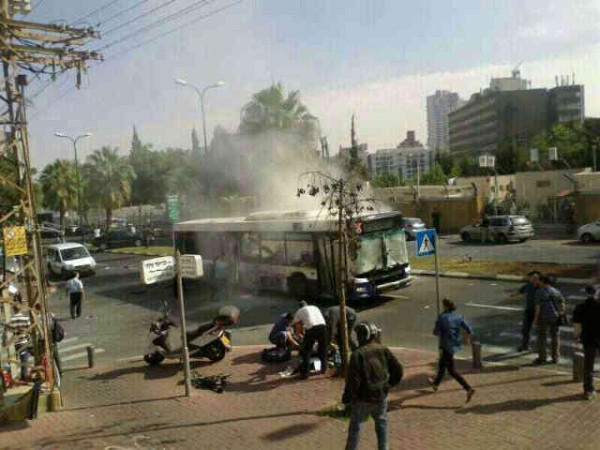 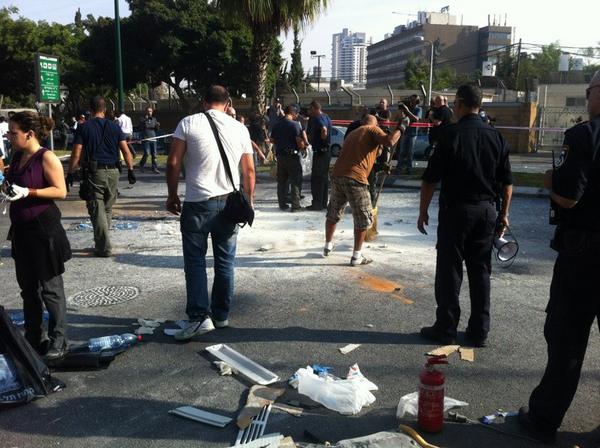 I condemn the horrendous bombing attack on a Tel Aviv bus & wish a full & swift recovery to the many wounded. Terror will not defeat us.

Twitchy will monitor this developing story and update as more information about the attack becomes available.

The Israeli Ministry of Public Security is not yet releasing information about which terrorist group was responsible for the bus bombing.

Pub. Security Min: We have indications about which terror org. is responsible for #Telaviv attack, no further details #Jpost #Israel #Gaza

As far as I know no acceptance of responsibility for Tel Aviv attack on Hamas official media since mosque speakers claimed it for therm.

The bomber is still at large.

Police spox said they're still searching for suspects, said no arrests made (as of five min ago) #Israel #Gaza #Jpost

Reports indicate as many as 23 people were injured.

The White House and Hillary Clinton call the bombing a “terrorist attack.”

Are they sure it wasn’t a spontaneous protest of a YouTube video?

Another image of the bus bombed in Tel Aviv today, via the IDF:

Photo from the scene of the bus bombing in Tel Aviv this afternoon pic.twitter.com/I8bdTwCT 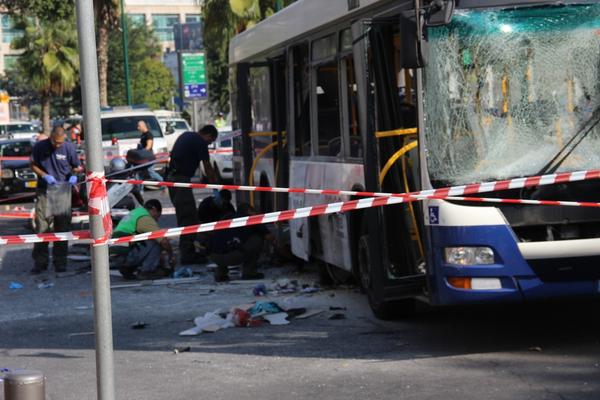 Today’s bombing is likely have an impact on ceasefire talks.

Israeli MFA: The bombing in Tel-Aviv will complicate the international efforts to reach a cease-fire in Gaza

And some wonder if the Tel Aviv attack will hasten an Israeli ground offensive against Gaza.

Struggling to see how Israel avoids a ground invasion if there really was just a bus bombing in Tel Aviv, which seems to be the case.

The IDF shares a video of Hamas TV celebrating the news that Israeli civilians were targeted in the bus bombing.