Sirens continue to wail in Tel Aviv, as the city remains under fire for the fourth day in a row.

Keep in mind.. Most children in #TelAviv at school. They have to run to shelters because #Hamas targeting them.

Witnesses report from the terrifying scene.

When the siren sounded earlier, everyone ran for cover. Our photographer took this photo on a train. #IsraelUnderFire pic.twitter.com/rX9WTn5j 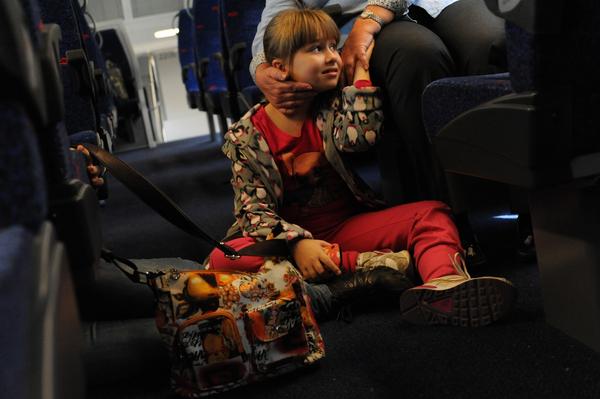 Sirens are played on radio #Israel so cars pull over and people take cover.

heard 8 rockers fired in a row while in the vicinity of #Ashkelon. also saw the #Iron Dome defense system in action #Gaza #Israel

Update: The Iron Dome intercepted the rocket fired from #Gaza toward Tel Aviv a few minutes ago. #IsraelUnderFire

Minutes ago, the IDF targeted the site in Gaza from where the rocket was fired at Tel Aviv.

Fact: We coordinated the transfer of 124 trucks of goods & gas to #Gaza today, including medical supplies & dairy products.

A rocket fired from #Gaza fell near a kindergarten in Ashkelon a few minutes ago. It's a good thing that school was canceled for the day.

Advice to reporters in #Gaza, just like any person in Gaza: For your own safety, stay away from #Hamas positions and operatives.

Check out this compilation of Palestinian terrorist groups launching rockets at #Israel from populated areas in #Gaza: http://t.co/Z48llEAR

As does President Peres.

What would you do if you had 900 missiles aimed at your homes? Would you call it an escalation if your government then tried to stop it?

Our purpose remains peace. We didn't start shooting, we don't want shooting. What #Israel is doing is self-defense. #israelunderfire

Twitchy will continue to monitor this developing story and update with further details.

We are exacting a heavy price from Hamas and the terrorist organizations. The IDF is prepared for a significant expansion of its operations