Earlier today, Democratic Ohio State Senator Nina Turner spoke at a press conference organized by Planned Parenthood Advocates of Ohio. The topic of discussion was the evil male-dominated Ohio GOP’s efforts to defund Planned Parenthood and how that would lead to the oppression of all women and the subjugation of their lady parts until the end of time:

"It is not pro-life to just care about life from conception to birth." .@ninaturner

Sen. @ninaturner condemns politicians that value life from conception to birth, but does not support policies after that.

Huh? While Turner is busy guarding her underwear from imagined prying eyes, conservatives are defending life — from conception to the last breath.

"They have no respect for women, they treat us like second class citizens." .@ninaturner

"If they continue their pursuit to condemn women, we will not stand for it." Sen. @ninaturner

But what seems to have garnered more attention than Turner’s shameless lady parts pandering and fear mongering was the t-shirt she was sporting: 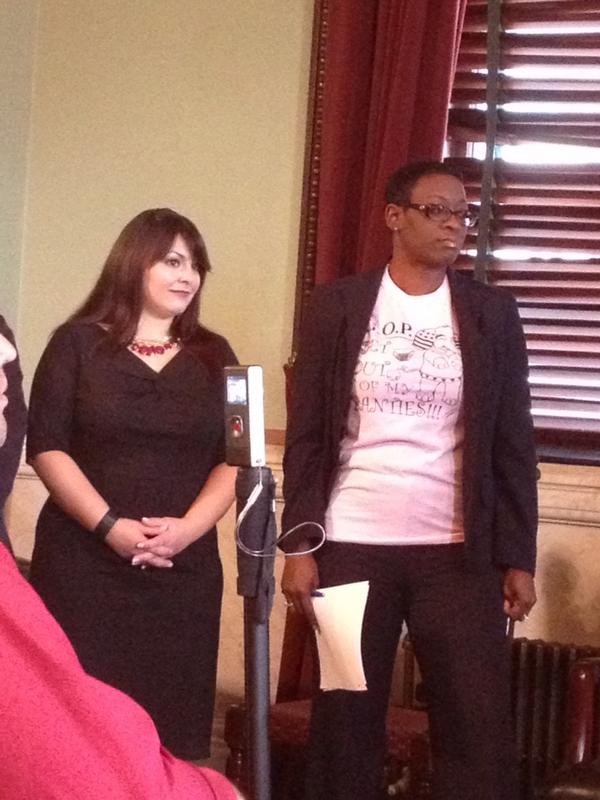 Here's a closeup of the shirt Senator Nina Turner was wearing-says The letters G-O-P stands for this message. pic.twitter.com/9Kj9f82S 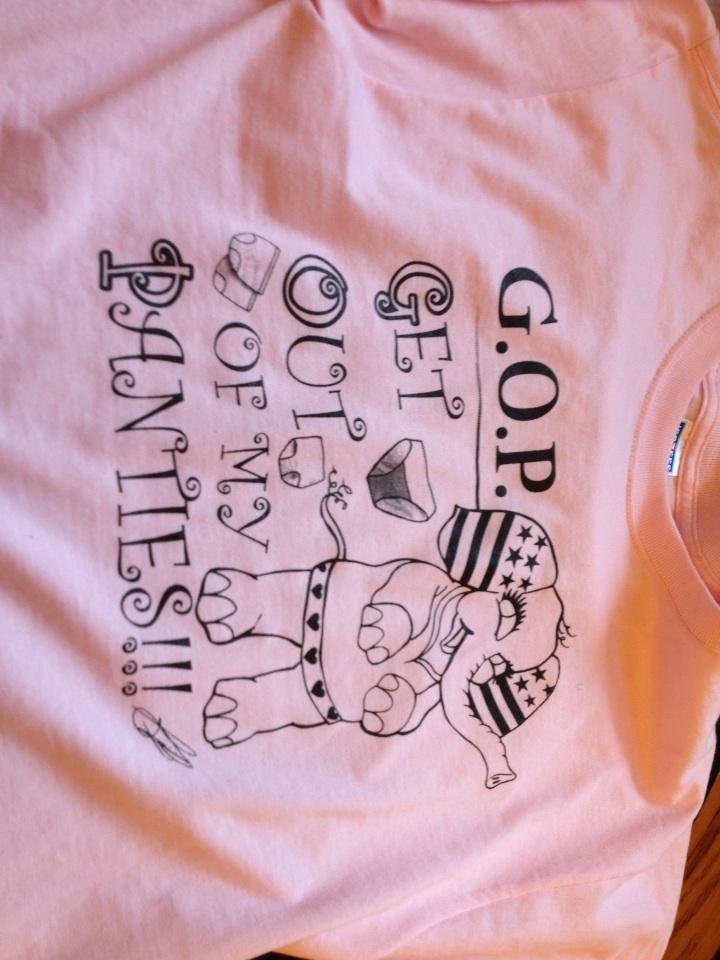 It’s difficult to pinpoint exactly when liberal women got it into their heads that the Republican Party has nothing better to do then to obsess over reproductive organs, but we can’t seem to escape the Left’s obsession with lady parts and panty contents. Lady Part Pioneer Sandra Fluke can probably take some credit, and as it turns out, she was indeed the inspiration for Turner’s shirt:

@CristenHemmins. Thanks Cris. The shirt was designed by a lady in Akron, Ohio in response to the disrespectful treatment S. Fluke endured.

Ladies & men who respect us: GOP disdain for women not cool. The only small government they push is one small enough to fit in our wombs.

In insisting on thinking exclusively with her panty muscles, Turner has clearly left her brain to atrophy. Nevertheless, fellow lady parts are waving their panties in solidarity with her:

Go Nina! #HearUsOH RT @PPAOhio: Sen. @ninaturner wearing a t-shirt: "GOP, Get Out of my Panties."

@joingles @ninaturner LMAO! I want one!

@joingles @ninaturner Where can we buy a couple of those t-shirts?

“@HuffingtonPost: Ohio state senator wears shirt with new meaning for GOP: "Get Out of my Panties" http://t.co/lvq1sEDh” you go girl…

@joingles @ninaturner OMG what a great shirt. Where do I get mine. Going to a red state to visit family. Pray for me.

@ninaturner The next time I'm in Cleveland, I would love to shake your hand!

It’s all about respect.

Oh for the love…RT @HuffingtonPost: Ohio state senator wears shirt with new meaning for GOP: "Get Out of my Panties" http://t.co/txNJh1GH

Sen. @ninaturner: "I have a three words for the GOP: Get A Grip."

Turner ought to take her own advice.