Following Hurricane Sandy, many New Jersey gas stations are still without power and supplies are running low at those that are open. Reuters reports:

In New Jersey, where half of all businesses and homes were still without power, more than 80 percent of filling stations are unable to sell gasoline, said Sal Risalvato, head of the New Jersey Gasoline, Convenience, Automotive Association (NJGCA).

As residents struggle to find fuel for cars and generators, the gas station lines in some parts of the Garden State are stretching not just for blocks, but for miles.

A 2 mile line for gas at a service stop on the Garden State Parkway http://t.co/1TL50oHq

mile-long lines of cars waiting to get gas along the #gardenstateparkway #nj #parkway http://t.co/YLgxrIxK

More than a mile backup 4 gas on the GSP In Monmouth. Cops at exit stopping ppl from cutting in line #njgas @njdotcom pic.twitter.com/RDfmPm2J 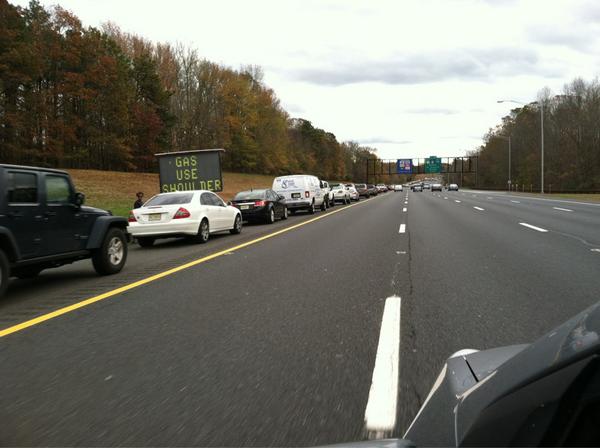 At other New Jersey stations, people are lining up on foot with gas cans.

Westfield NJ. Standing on line one block long to get gas in containers. Going home to preserve my 3/ @ Exxon http://t.co/8CCpJSLE 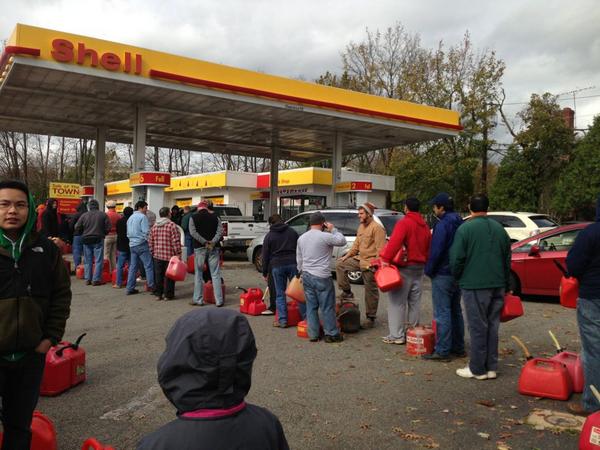 People lined up to fill there gas cans by the actual gas truck in jersey because the gas pumps wont work #sandy pic.twitter.com/JwEHcKnY 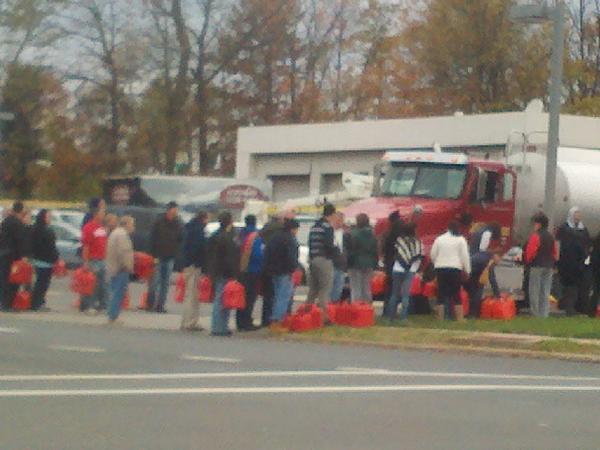 As Gulf Coasters did during Hurricane Isaac, New Jersey residents are using the power of Twitter to help each other find gasoline.

Going to try to start hash tag. Please report any open gas station #NJGas. Jersey residents could use the help.

The #NJgas hashtag is filled with up-to-the-minute reports on which stations are open and how long the lines are. Others are requesting information about where to find gas. Some recent tweets from the hashtag:

The Wall Street Journal reports that it may five to seven days before gasoline is delivered to some stations.