This guy, out of all protesters, taunts NRA convention attendees by saying ‘you need a gun because… 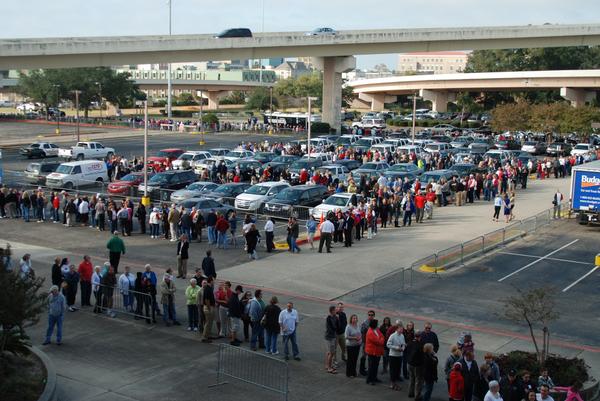 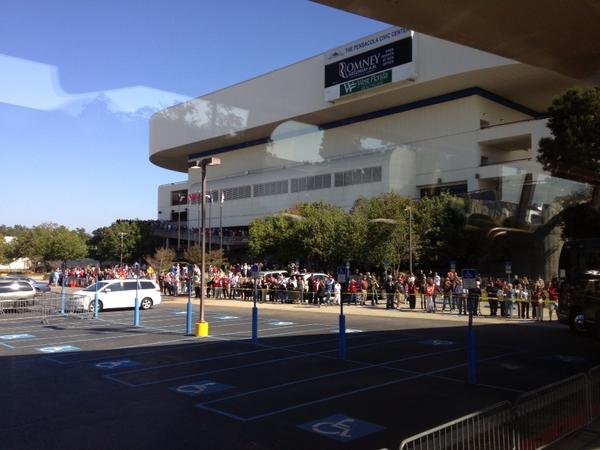 The long wait didn’t deter them any. Fired up and ready to go? You betcha! Take a gander at these on-scene photos and reports from the crowd.

What an amazing welcome in Pensacola, Florida. This crowd is unreal. Amazing energy. #RomneyRyan2012 pic.twitter.com/WihcdpIx 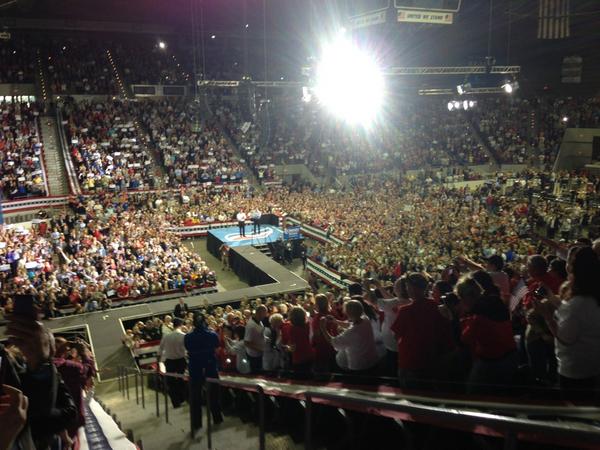 At the Mitt Romney rally in Pensacola on Saturday there were Patriots who were African American, Hispanic, Asian American, Caucasian, etc! 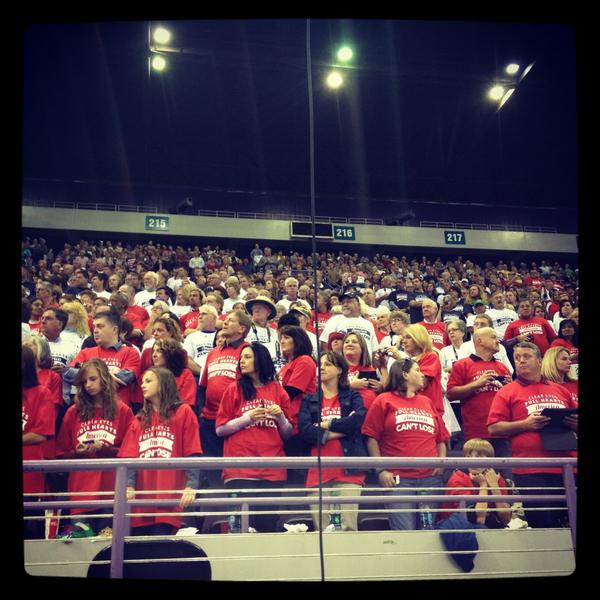 Packed house in Pensacola FL to see @MittRomney. Easy to see why Romney will win Florida on Nov 6th http://t.co/yQIaeLys

OMG! Is this in Pensacola?? RT @andiegibsonnn: Inside the Civic Center to see Mitt Romney! http://t.co/k9hHjxAO 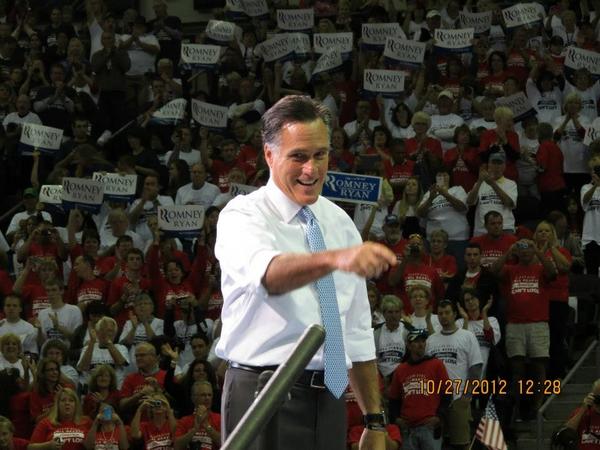 Bingo. And this troll plane, flying after the Pensacola rally, shows the Left is running scared.

@seanhannity Here's a closeup of the awful plane and banner after the Romney Rally in Pensacola, FL. pic.twitter.com/3GKIR2m5

Pitiful. And a total fail.